UFODigest.com » Religion » Angels and Demons » THE OUIJA BOARD: PORTAL TO THE DARK DIMENSION OF SPIRIT PARASITES 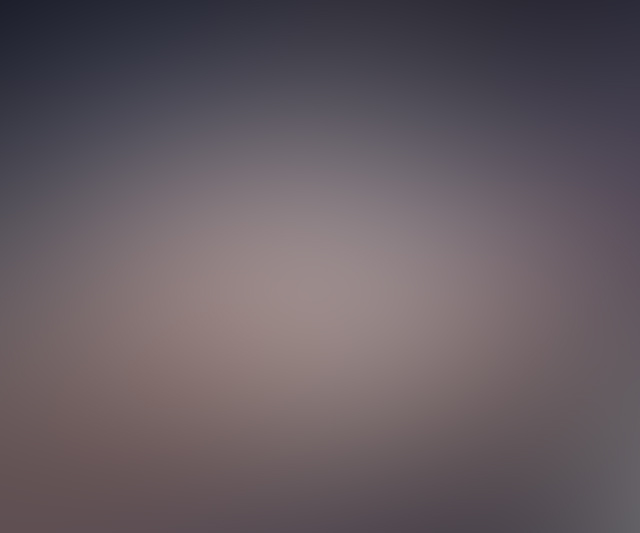 On October 24, the motion picture Ouija was released and swept away the box office competition. The horror film, which portrays the frightening misadventures of teenagers exploring the unknown with a Ouija board, is still Number One.

Regardless of the negative reviews, the movie is likely to attract real-life teenagers and tempt them to venture into the occult with a Ouija board as their guide, because, of course, nothing bad could happen to them.

For more than 40 years, I have warned young people that the Ouija board is not like Monopoly or some entertaining board game. For the innocent and the unsuspecting, the Ouija can open the dark portals of other dimensions for which the uninitiated are totally unprepared.

Whenever I am asked about the Ouija board during interviews and respond with stern warnings, I am bound to receive argumentative emails from experienced psychic sensitives and/or mediums who claim that they utilize the board to assist them in reaching the Other Side. That may be acceptable practice for adults whom one assumes have spent years achieving common sense approaches to safely practicing their psychic abilities. They are not, one would again assume, not teenagers meeting at a friend’s home after the Friday night football to talk to the “spooks” on a Ouija board.

From the Files of Brad Steiger:

Seventeen-year-old Jolene K, a passionate student of the paranormal and the occult, had begun experimenting with the Ouija board. She thought she had the knowledge to contact spirit entities through the board, but unfortunately she had neglected to assume a prayerful attitude to guard against malignant influences.

Her parents, Darwin and Aileen, called me to their home after a Friday night slumber party encounter with an ouija board had left their daughters, Jolene and twelve-year-old Joy, and three of Jolene’s friends in hysterics.

According to Jolene, it had all begun three nights before on Tuesday evening after she had achieved what she believed to be a successful contact with a benevolent spirit through the Ouija board. The teenager said that she was in the process of putting the board away she became aware of a dark presence following her.

“At first it seemed something like a dark cloud,” she said. “Or maybe even some kind of dark cloth, like a billowing cloak of some kind.”

After she prepared for bed and said her prayers, she fell into a deep sleep.

“But when I awakened sometime before morning, I had an awful feeling,” she said. “It felt like something icky was in the room with me.”

Jolene got up, turned on all the lights in her bedroom, and went to the bathroom. “The lights made things better,” she recalled, “so I just left them on until it was time for me to get up and go to school.”

But even during the day at high school, she felt peculiar. “Really weird and nasty thoughts kept popping into my mind,” she said. “Stupid thoughts, ugly thoughts–and especially sexual thoughts. I found myself fantasizing about guys–and girls. And when I walked between classes with my boyfriend Jake, I was literally trembling from the sexual feelings that I had for him.”

Later that night, as Jolene prepared for bed, she washed her face, applied some cold cream on her face and was in the process of her evening “zit check” in front of her bathroom mirror when she found herself becoming completely fascinated with her features. “It was as if I was seeing myself for the first time,” she said. “Suddenly my nose, my cheekbones, my lips, my chin, my long dark hair–all of me seemed so totally wonderful. I was really beautiful. I wasn’t just all right–I was terrific. And especially my eyes. I found myself just staring into the reflection of my eyes in the mirror.”

Jolene has no idea how long she stood mesmerized by her own image in the mirror before she was aware of little sister Joy standing beside her and squealing in disgust: “Eeeew! You really love yourself, don’t you, Miss Movie Star? How creepy can you get? You were about to kiss yourself in the mirror!”

Jolene screamed at her sister, reminding Joy how many times she had forbidden her from entering “Her Majesty’s” room without knocking first and gaining permission to do so.

“But the little Munchkin was right,” Jolene admitted. “It was creepy the way I was standing there just staring at myself.”

It became even creepier and more disconcerting when Jolene was brushing her teeth on Wednesday morning and saw a few moments of a fleeting “motion picture” in the mirror.

“It was like the mirror became a kind of crystal ball,” she said, “and I saw my boyfriend Jake and his buddy Chuck getting in a bender-fender on the way to school that morning. When Jake wasn’t in his homeroom, I knew that I had seen true. By third hour, everyone was talking about the accident. I had received an accurate prevision of an actual future event.”

For the first time, Jolene decided to share her uncomfortable experience with the shadowy form that followed her back to her body after working the Ouija board. Melanie, Heather, and Michaela were three close friends who were also fascinated by the supernatural. All four of them were fans of the various vampire-slayers and witches on television, and each of them had built up a small library of books on magic, witchcraft, and the occult.

“Melanie hoped one day to become an initiated witch,” Jolene said. “Heather experimented with a lot of different areas of the paranormal, and Michaela wanted to study psychology when she entered college.”

Jolene told them that not only had she foreseen Jake’s and Chuck’s accident that morning, but ever since that night she had been receiving other kinds of strange visions. “I could tell they really excited when I told them about all the sexual fantasies that had come to me, but they were most impressed with my ability to pick up impressions from some of the jewelry and stuff they had. I told them where they had got certain items or who had given it to them. Things I swear I didn’t know before.”

The consensus of Jolene’s confidantes was that an entity from the Other Side had been summoned by her experiments with the Ouija board and was granting her increased psychic powers, such as an ability to receive glimpses of the future.

“I could tell that they were all kind of jealous of me, you know,” Jolene said.

When Jolene looked into the mirror that night, she was startled to see a face behind her own, just to the left of her shoulder.

“The image really frightened me,” she said. “It looked a lot like me, but its eyes had dark rings around them. Its hair was stringy, and its complexion had a kind of greenish tint to it. And when it smiled at me, it seemed more like an evil leer.”

Jolene dropped to her knees and began to utter a prayer for protection and a supplication that she be surrounded by a shield of Light.

“After I had completed my prayers for protection and the banishment of evil, the mirror was once again clear,” Jolene said. “I hoped that I had sent the thing back where it belonged and far away from me.”

Things might have been resolved and the entity discouraged by Jolene’s fervent prayers if the next day over lunch in the cafeteria Heather hadn’t suggested that the four of them conduct a seance with the Ouija board to see if they could learn the identity of the entity was who had been following Jolene.

“I tried to warn them that this thing looked really evil and that we should let it go back to the Other Side,” Jolene said. “But Heather kept insisting what a great research project this could be, and she got Michaela all excited about a big experiment, and pretty soon Melanie had come on board.

“I really began to suspect that Heather’s motives were not strictly academic, you know. I think if truth were told she was jealous when the entity appeared to have granted me these big ESP powers, and she wondered if she might not be able to channel and control such energy if we worked some more with the being.”

Against Jolene’s objections, it was agreed that Friday night would be Ouija board night at her house. It was Jolene’s turn to host a slumber party, anyway, so her parents wouldn’t suspect that anything unusual might be occurring under their roof.

The K’s had been given a clue, however. Darwin told me that on Wednesday evening as he had come upstairs to go to bed, he thought he saw Jolene in the hallway outside of her room.

“I called to her and asked what she was doing up at that late hour on a school night, but she didn’t answer me,” he said. “As I approached her, she turned and entered her bedroom. When I opened the door to see if anything were troubling her, I was surprised to see her in bed, quite obviously fast asleep.”