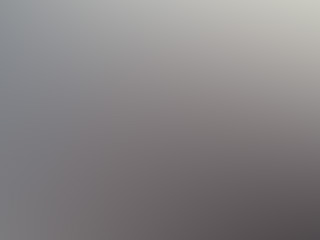 Date to be there: May 23, 2015, Saturday / Time to be there: 4pm / Santa Cruz UFO Hunt – Address: Santa Cruz, CA – / Activity: All shapes and sizes of UFOs are being seen over the Monterey Bay. Monterey Bay is rumored to contain a UFO underwater base. During special times, these UFOs are seen coming out of the bay. Another call came from another Santa Cruz resident: 831 676-4801

A song that reminds me of this investigation is Phantogram – Fall in Love. A song we heard after the investigation.
https://www.youtube.com/watch?v=RsQjC5zVnt8

Deanna and I prepared for this 2.5 hour drive to Santa Cruz, we were contacted by a man with the code name: Bay Walker. (Bay Walker) does not want his real name revealed. Bay Walker tells us that he has seen a variety of UFOs in and around the Monterey Bay. Bay Walker keeps a journal of his sightings and even draws pictures of the UFOs that he sees. While in Santa Cruz, we received information not only about the UFOs that are seen, but we also received information about the complex that is Lockheed Martin. The Lockheed Martin information was not provided by Bay Walker. This place is highly secured and it seems that there is a tunnel boring device at this complex. I don’t know if this has anything to do with UFOs. Another interesting factor that Deanna points out is that Santa Cruz has the Mystery Spot – a possible Leyline center point and Pacheco Pass, which is rumored to have interdimensional qualities, as you can go from this reality into another reality.

“There are stories of supposed Indian massacres by the Spanish settlers in the 1700’s. And from 1860 to 1880 the pass was known as Robber’s Pass due to two highwaymen that robbed, raped and murdered travelers along the route. And now in modern times it’s known as Blood Alley due to the numerous traffic accidents that occur along it’s route. Not all these accidents are fatal, but some are. And apparently some of the victims haven’t moved on.

Blood Alley seems to have several spirits on it’s stretch of road. On the old Bolsa Road there’s a story of a headless figure wandering aimless off the side of the road. It’s said the ghost is that of a man who was in a car accident and was decapitated and now he is searching for his missing head. Another story is as you are driving towards San Juan Bautista, right after you pass the mission you drive through a small grove of trees and on your left you will see an outcropping of rocks. Sometimes late at night it’s said the ghostly specter of a woman can be seen there. Apparently her fiance was killed in an accident on this stretch of road, and despondent, she put on her wedding dress and went to the scene of the accident and climbed the rocks and jumped to her death. Unfortunately for whatever reason she did not join her beloved in the afterlife and she wanders the road looking for him to this day.

Other miscellaneous sightings include a woman searching for her child, but when you approach her for help she disappears. Witnesses have also claimed to hear the sound of a stage coach and the sound of horses but never see the source of the sounds.

There have also been reports by numerous witnesses of seeing a man in a black robe standing on the side of the highway usually between Casa De Fruta and Bell’s Station. Written reports of seeing the figure go back at least several decades and the figure was always seen late at night or early in the morning before sunrise. It’s theorized that the figure could be that of a Franciscan Monk given the type of garb the witnesses describe seeing him in.”

According to Wikipedia: “The Mystery Spot is a gravity hill, a tilt-induced visual illusion. The illusion experienced by visitors results from the oddly tilted environment as well as standing on a tilted floor. Inside the tilted room of the Mystery Spot, misperceptions of the height and orientation of objects occur.

Even when people are standing outside on a level ground, the slant of the building in the background causes misperceptions as humans judge the height of people using the slant of the roof rather than the true horizon.” Word from Paul: It may be all an illusion, but it’s odd how the trees grow in a tilted angle. It’s also odd that some people will feel vertigo, nauseated or dizzy when entering the Mystery Spot. The Native American Indians thought of this place as a sacred site. Some investigators of the paranormal feel its a leyline. Deanna and I, have both been to the Mystery Spot and we both feel it has mystical properties. UFOs are know to visit and travel near and around leylines and the sacred sites that are near leylines.

Deanna, being a sensitive had some unique experiences on the travel back from Santa Cruz. I believe her third eye was open and she saw a man with black hair, bright blue t-shirt on, alongside the road…she realized she was seeing a ghost. Near the sighting was a wreath, indicating that there was a fatal car accident at the location where she saw the male ghost. Another thing that she saw on this night was a phantom black panther with glowing yellow eyes, it seemed to follow her and somehow she startled this creature and it vanished.

THE UFO HUNT OVER MONTEREY BAY:


With Bay Watcher and Deanna, we had our night goggles and binoculars ready. Bay Watcher showed us a yellow type of globe off in the horizon. It was stationary and Deanna suggested we may be looking at a light beacon on top of a tower. The sighting is inconclusive. We thank Bay Watcher for taking us to Starbucks in Santa Cruz and treating us to green tea and a grande mocha frappachino. 5/24/2015: Today Deanna and I sat with Hi-Pee and Princess Hannah at John L. Zehnder Park in Elk Grove and discussed the investigative events of yesterday. Of course the dogs had an excellent walk!