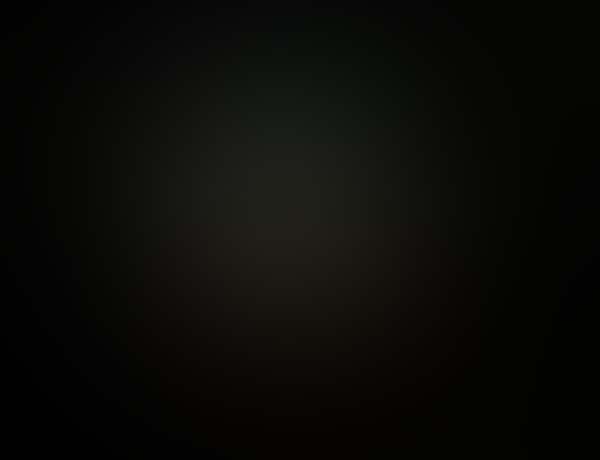 During the volatile 1960’s a burning controversy that eclipsed civil rights issues, the radical challenge to the establishment, and protests to the Vietnam War had loomed over the skies of the United States. With the cold war era still in full swing and as much as the US military tried to turn its back on the UFO phenomena, the more the presence of an unknown mystery imposed its enigmatic presence. Even with the tongue and cheek coverage of news services, and the suppression of the US Air Force in its refusal to acknowledge an enduring paradox, sightings continued unabated without any signs of slowing down in frequency. The unknown was here to stay whether authorities wanted to acknowledge that maddening fact or not!

In 1966 the US Air Force was positioning itself to eject its responsibility of investigating UFO’s. It would not be long before Air Force Secretary Harold Brown would announce that a 3 million dollar study grant would be awarded to the University of Colorado and its Director, Professor Edward U. Condon to make a final determination over the fate of the more than 20 year old UFO investigational agency, Project Blue Book. Yet, as history will tell us, that study and its outcome would be very premature in view of the major UFO incidents that would occur from the 1970’s to the present as the enigma just refused to disappear and go away much to the chagrin of the powers that be.

Oklahoma was the site of some experimental test aircraft out of Tinker AFB and Altus Air Force Base as some misidentifications were bound to be reported while these prototypes were being flown in the night skies that gave little evidence of their presence. However, many residents of the Sooner state would report a long succession of bizarre and unconventional aerial vessels that had little to do with the jet fighters, helicopters, bombers, tankers, or experimental prototypes of that era. The stunned common folk of  Oklahoma would be making some incredibly outrageous reports, knowing that what they saw was simply nothing that our armed services were either testing or using for routine purposes.

August 2, 1965 1:45 am a 10 year old boy snaps two photos of a striking UFO sighting glimpsed by several people around him at the same time. All who reported this colorful and breath taking spectacle were in general agreement over description of the object as it flitted about in the star studded skies of Oklahoma. Using a Boy Scout Camera, he was able to capture the unusual object in full color and took the negatives to a local film developer. Two frames showed a streak on one photo and an object in the very corner of the film that the boy and his parents requested to have enlarged. Initially the two developed photos did not quite capture what everyone had seen until the enlargement of the second image did finally get the results they were looking for.

A look into the unexplained

A tri-colored object, disk-like in shape, was clearly evident. It appeared like a multi-colored running light to some. Others said it almost appeared to be a revolving overhead light used for illuminating Christmas exhibits and trees. The photos were sent to the local Tulsa, Oklahoma newspaper, who purchased the rights to the negatives. Project Blue Book requested the photos which were subjected to intense study as was the case with Kodak Corporation who also subjected the photos to their analysis. However, though Major Quintinilla of the Air Force and present Blue Book Director expressed interest in the photos as did Kodak, without the negatives, nothing could be verified. Finally, after some time the US Air Force demanded the negatives for further study and the Tulsa Newspaper turned them over.

Meanwhile other events were taking place such as 3 daylight photos of a UFO captured by Rex Heflin in Santa Ana, California of a classic disk shaped object in the skies. The Rex Heflin photos to this day remain classics that are still kept in circulation among books and publications. Just as the Tulsa color photograph of the nocturnal UFO taken in 1965 which also remains popular to the present and is still included in UFO articles and books is still in demand after all these years. In a tricky move the US Air Force used 2 different laboratories to scrutinize the negatives and released an official form and detailed findings on the Tulsa UFO photo. Their verdict was that the object was indeed a UFO though they stopped short of finding it to be of extraterrestrial origin. When one of the people present with the 10 year old boy had mentioned that it looked like a revolving Christmas decoration overhead light, the US Air Force actually set out to recreate the very same photo using the conventional source to do it, but after their attempts produced somewhat of a vague similarity it was determined that the Tulsa photo was not of the same subject matter as the mundane explanation had attempted to conclude.

As a boy, I remember climbing the stairs to my grandmother’s second story attic at her house in an old East LA neighborhood that at the time was still quiet and peaceful. I used to spend hours with the large color Life magazines that kept me spellbound as I reviewed graphic photos from all over the world from stacks of collected glossy magazines of the famous Life publication. From descriptive photos of far-away Pacific Island nations to the horrific pictures of Huey Helicopters riddled by Vietcong ground fire as American soldiers grievously wounded bled profusely from inside as the pilot desperately tried to get the wounded back to MASH units for emergency treatment.

Being a young boy, I marveled at the impressive and colorful photos of NASA Mercury and Gemini program astronauts and their spacecraft as they tested the boundaries of orbital flight. I used to sit spellbound for hours in that old attic pouring over classic Life Magazine images and then one day I came across the Tulsa photo. It was graphic, vivid, and startling for its era in clarity. There was also another very colorful night time set of photos taken by another young man that I have not yet identified that I came across of a bright UFO caught in the darkened hours of the night, but I have yet to identify that set of photos. In my hours of fascinated enjoyment as I learned of the world around me, the conflicts, the beauty, the mysteries, and the spectacle of a promising blue planet that captivated my attention and expanded my horizons as a kid who was formulating his world view. I learned what a frightening and wondrous place planet earth is, and the Tulsa photos of the UFO were a part of that realization.

Great time to be a child

I thank David Farris for the coverage of this incident in UFO history in his book “More Mysterious Oklahoma” as it is a refreshing journey back in time to a more spellbinding era when UFO’s had acquired a certain mystique that invoked curiosity and imagination as the skeptics and believers argued on TV news shows and the first documentaries began to show up as the initially serious efforts at study were attempted. All I can say was that it was sure a great time to be a kid. It was quite inspiring and this is one UFO sighting that will always stay with me in my fond recollections of a time gone by.