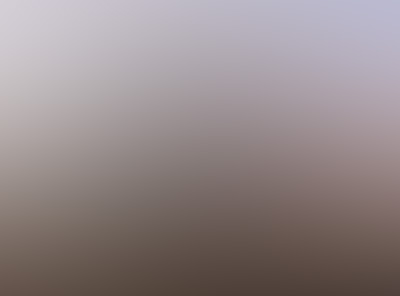 It is absolutely shocking to consider some of the reported paranormal aspects of the past during the bitter fighting seen in past human conflicts. Amazingly, an unknown element has reared its mysterious head in the thick of armies in the midst of the killing and quest for a nation’s territory, yet it has happened with unusual frequency. Today we are going back in time to the desperate years of World War I as Europe, Great Britain, and the world hung in the balance thanks to a pivotal moment when an assassination occurred in Sarajevo of Arch Duke Franz Ferdinand in 1914.

The outbreak of global war

A grim war quickly spread across Europe as the German Army of Kaiser Wilhelm marched into France and met the might of the united French and British forces to play the bloody counterpart to an abominable trench warfare. As sea battles such as Jutland, a gigantic engagement of Allied capital ships and German battleships, thundered over the ocean waters of the Atlantic and German U-boats plagued shipping lanes off the coast of France, a horrible stalemate took place. Europe, the Middle East, and even portions of North Africa were the backdrop of more expeditionary landings and assaults that left their bloody signatures on the pages of human history.

It was in this war that the technology of airpower began to surface. Aircraft were slowly introduced as bombing platforms, though not with efficiency, aerial reconnaissance, and some airlifting. The most important contribution in airpower was the “Dogfight” air to air engagements between chivalrous young aviators who valiantly fought like horse drawn knights in the skies. The manual for air combat tactics was literally forged over the skies of Europe as the British and French aircraft engaged such German legends as Baron Von Richthofen, who attained more air to air victories than any other combat pilot until he was finally shot down by a British pilot in 1918. He flew the renowned Fokker Tri- Plane in its infamous red paint job.

The persistence of the unexplained

Through all these campaigns and bloody battles came tales of the unknown that cannot be grasped intelligently to this day other than they were either miracles or the intervention of a vastly superior civilization with technology we could not compete with currently. It was understandable that the command staff of all hostile armies involved viewed these events with suspicion and even blamed and court-martialed their own soldiers for being the unwitting participants in paranormal events that they could not possibly fathom. Today we will explore just one of these tales of the bizarre that according to Host of the old TV series “One Step Beyond” John Newland was a matter of record.

The unknown comes to call

As one of many bloody battles rage along the western front, a French Sergeant leads his small three man patrol on a mission to knock out an enemy mortar position. It is a night attack and as the scared soldiers who have endured bitter fighting  dodge bullets and leap into craters each time an artillery shell lands near something out of the norm suddenly intervenes in their lives as phosphorous flares light up the ominous night skies. Little do these men know that their lives are about to change forever!

They are within perhaps a hundred yards of their assigned objective as the explosions and rifle fire echo through the intermittent darkness interrupted by the flashes of bombs bursting on the cratered battlefield when it happens! A bright light shines down on them from above while the battlefield suddenly comes to a grinding halt. At first only one or two of the four man unit notices until finally the sergeant growls, “What is keeping that damned flare up in the air so long?”

As he gazes up at what is now an unexplained spectacle his men begin shedding their weapons and gear even dropping their rifles. The sergeant’s first instinct is to order his men to maintain their positions, but he cannot. He too is now entranced by some force he is unable to comprehend. Now the older veteran sergeant drops his pistol as he gazes dumbfounded upward at this mesmerizing sight, and follows his men back to the friendly lines of their comrades as an uncharacteristic lull in the battle goes on. What is happening, why are they abandoning their mission, what will happen to them when high command finds out, they do not care. They are in the moment, spellbound, unable to exercise their will, but yet safe and exiting the killing field for some inexplicable reason.

The next day high command learns of the event and immediately their superiors have them imprisoned and charged with an impending court martial. The punishment will be execution by firing squad, but the soldiers refuse to change their story as they are debriefed. The acting commanders believe these men to be cowards and abandoning their duty, but fate hands all involved a strange twist as the days move on. After having been assigned counsel the soldiers continue with their unusual account of what happened to them to a disbelieving lawyer who fears that they will be summarily shot in very short order.

The soldiers argue and struggle amongst themselves trying to understand what happened to them on that fateful night. The bickering and insults grow worse as their appointment with certain execution nears. One soldier tells the others that at the moment he gazed up at the mystery flare he was transported in time back to being a happy little boy at his parent’s farm. Another soldier recalls that he fondly remembered his wine collection that he kept in his cellar, his source of pride and hard work. The sergeant, an experienced veteran who has seen past campaigns is reticent to grasp what he saw or thought, but remembered a fiancé’ he once loved dearly before joining the French Army.

The trial commences with the men’s assigned lawyer defending his clients to the best of his ability while an unconvinced prosecutor and superior officers listen with indifference. Predictably, a verdict of guilty is handed down by the military court, yet the assigned counsel for the defendants is now convinced that his men did indeed see something so unusual that they were influenced in a way they cannot be held accountable for.

A moment of saving grace

As the story goes, the town is near enough to the battlefront that the lawyer who has gone to fetch a bottle of cognac as a last request for one of the doomed soldiers accidentally encounters a disoriented German soldier who has wandered away from his command and is telling the French officer about a strange sighting in the night sky that caused him and his outfit to abandon their posts and wander away from their duty disoriented. Having pulled his revolver while holding the German captive, the military lawyer hops onto a motorcycle with a passenger carrier and takes the Hun with him to testify to his superiors. Amazingly, after debriefing the stunned German soldier and confirming the incident through intelligence sources the French squad who were convicted and awaiting execution were spared by one of the court officers.

Further investigation revealed that on the night in question a reconnaissance flight near the British channel had spotted an odd light in the sky that had caused strange psychological effects upon the infantry. Along the western front an unexplained illumination in the sky has disoriented combatants causing them to abandon their positions while numerous other forward areas within the theaters of engagement had experienced the same.

Something or someone had influenced men poised to destroy each other to ignore their orders to kill, and had urged them against their will to abandon their duty in humanitarian fashion. Many stories given by the afflicted soldiers told of pleasurable music being played, of the smell of a soldier’s favorite perfume of his girlfriend, of the joyful memories of family life before the horror of war had impacted their existence. It was, in this moment of induced pleasure from the unknown, that these disciplined troops simply strayed from their duties, momentarily in bliss and fond remembrance. The question of how and why was never answered. Army on both sides of their defensive perimeters pondered just what had taken place, were it a secret weapon of their enemies like poison gas, was there trickery involved? However, once the results of the inquiries had been assessed, it was generally accepted that an inexplicable event of mysterious proportions had transpired on that fateful night simultaneously in several areas that were unrelated geographically.

This is simply one story in a volume of paranormal events that has mystified authorities for many decades as they attempt to understand just what method of remote mind control might have been used and by who while others simply describe it as a miracle that we as human beings are not supposed to understand. God in his wisdom and mercy, they say, is the only one who knows that answer. He does not require the limited understanding of man. As John Newland would say, “You can believe it or not.”