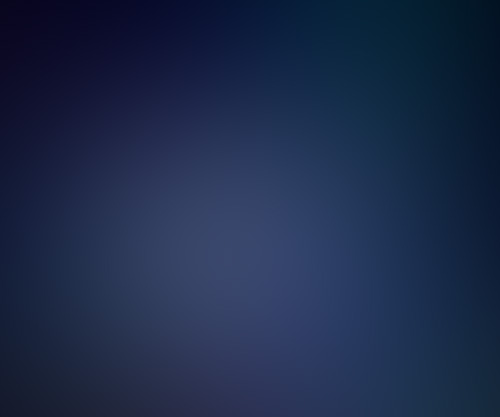 INITIAL REPORT:
Date to be there: February 21, 2015, Saturday / Time to be there: 8pm. UFO Hunt. 2 UFOs sighted at Corning – the center of the UFO Triangle. One was white odd shape, 2 stories high and flew by Stephanie’s home. It was 6 feet in length and 4 feet in width. This occurred at 11pm. The 2nd UFO was boomerang shape and the size of 2 747s. This occurred at midnight. Address to be at: Corning, CA 96021 – Contact Person: Stephanie DeLisle / Pick up Rod Engberson and Victoria Autumn at 5:30pm – at Barnes & Noble – 3561 N. Freeway Blvd, Sacramento, CA / Then pick up Salin Gilbert – Natomas / Sacramento, CA – Before the investigation, have dinner at Rancho Grande – 1995 Solano Street, Corning, CA / Everyone will meet at: Corning Cemetery – 4470 Oren Avenue, Corning, CA – at the cemetery we will kill two birds with one stone – do a little bit of ghost hunting and set up night vision goggles, binoculars, laser light signal communication, telescope for UFO Observation and laser light communication.

Before the hunt, we stopped off at Rancho Grande – 1995 Solano Street, Corning, CA – expeditious service, friendly hostess. I ordered the #13 combination – 2 ground beef tacos, beans, Spanish rice. Great meal and it was filling. Looking at everyone’s faces, it appeared that everyone was pleased with their order.

After dinner, we headed over to the Corning Cemetery. Rod and Deanna were attracted to one area of the cemetery and Rod snapped a photo of a strange white mist that almost seems like it was forming into an apparition. Special Note: Deanna actually saw a movement of something that made her focus in that general direction. While we were snapping photos around the cemetery, we kept our heads up looking for any UFO activity. Rod was able to count 5 shooting stars, still no UFOs. The night was crisp and clear. Stephanie briefed us on her UFO sighting encounters and what is interesting about Corning is that it’s on a straight up leyline that leads to Mount Shasta. Corning is considered a hot spot for UFO activity. On August 12, 1994 UFO seen in Corning at Latitude 39.99686 / Longitude -122.120587

Here is a report from UFO Stalker – written as is, no wording changes.
Driving so.on I/5,1100 pm.bright light,showed at top of cascade mtn.from east. Grants pass,or. It followed us so. over Mt. Shasta, down thru, Redding, Ca. I got gas in Redding, Pulled out, So.bound, It showed itself again, and I flashed it again. 4th.time.it stayed w/us the next 50 miles to corning, ca. we flashed it again, head lights, as we got off the freeway,and on out to the 10 acre walnut orchard.our house.we had a large creek next to the house. I parked my truck, walked to the side of the house at the creek, and there it was!hovering no noise,just staying there.My son and I just looked at it for 20 min.it didn’t do anything.100 feet in the air,75 to 100 feet in dia. We in and went to sleep.we started our drive from Portland,or. After sleeping 4 hours I got up looked outside and it was still there.10;00am.we didn’t see it leave as we went to town to get a camera.got back in 30 min.it was gone.2 hours later I turned on the 12;00 noon news.And there it was.somebody down the creek had a video camera and captured it. took that to channel 12 news Khsl tv, chico, ca. Debbie Cobbe was the reporter. I looked for it again on the 5;00Pm newscast. it was gone! I felt really good about the whole deal. It never returned again. that’s how it all went down.

Above is only a small sample of the UFO activity in Corning. Near Corning is Red Bluff and Redding. Red Bluff had its share of cattle mutilations and even a crop circle. Here is another report – no wording changed:

Dear all,
Mark Fussell from the Crop Circle Connector forwarded me an email from a reporter from the Record Searchlight regarding a reported crop circle located in Red Bluff, Tehama County, California. A competing newspaper the Red Bluff Daily News wrote the original report. Here it is quoted in its’ entirety:

“Three crop circles could be seen in the field across the street from Helser Chevrolet on Adobe Road in Red Bluff Friday. Red Bluff police said they were aware of the circles but had not received any calls on the matter and were not investigating.”

Back to HPI’s own investigation. Alas, no UFOs. I am still glad I went to Corning, I am glad that Stephanie contacted us. When HPI is contacted on anything paranormal and it’s in Northern California, it’s up to us to investigate no matter what. It was not a waste of time to watch the night skies over Corning. Since we are in a cemetery, we still had investigators also conducting a ghost hunt. We captured a clear EVP and you can hear that EVP on one of the videos posted with this article. Stephanie captured an EVP that said a very faint ‘uh’ and Deanna captured an EVP that was a faint ‘nooooo’.

Rod captured an EVP that sounded like musical chimes and there were no chimes. This EVP was captured by a baby’s grave.

Stephanie DeLisle says:
Had a great time with the HPI team tonight! We went to the Corning Cemetary and got a few EVPs and an awesome spirit picture. I had a blast!! At one part where a lot of babies were buried a few of us felt sick. I felt a tightness in my stomach and sick. Sad area. A few dark shadows as well. Very cool time!

UFO SIGHTING 1982
Lambert Sanders in 1982 sighted a UFO that hovered over Corning, CA.
This is his words: “As I walked down the main street of Corning, I saw a yellow globe off in the distance, I stood there watching it and at one point of time, it completely blinked out, then it reappeared. I continued to watch it and it zipped straight up into the night sky at a phenomenal speed and vanished, I never seen anything like this from any known aircraft.”

Special Note: While investigating in the graveyard, the Corning police stopped by to see what we were doing. Rod explained to the police what we were doing, they saw our ghost car door magnet sign and said: “no problem” and took off.