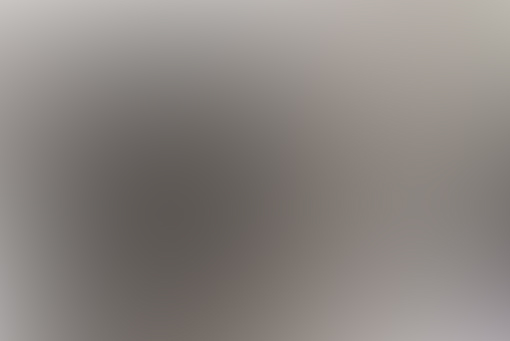 I have often said in the course of my articles that the trajectory of mankind has frequently been shaped from the pages of untold history omitted from the books we read in school. The course of human events has been greatly influenced through either conspiracy or happenings that remain conveniently excluded from the “Official Version” of history.

The continual puzzle that needs decoding

The events at Dulce, New Mexico, which point to many hidden historical occurrences of significant impact on human society, will probably remain so until political pressures or more whistle blowers from the inside show the courage to come out and tell it like it is. Just as Edward Snowden, one of many, obscure NSA contractors finally came forth and revealed massive spying on the American public by the Obama administration, the secretive actions of highly classified government operations too must someday see the light of day!

Anthony Sanchez has written an extremely provocative book entitled “UFO Highway” that does just that, this obscure publication gives us a roadmap that spans decades old evidence. Based upon insider testimony by a former anonymous colonel, it traces back to original top secret actions taken by specially selected branches of the Army Air Corps in 1940 that predate the modern US Air Force, not formed until 1947 by a National Security Act. Separation of military branches for compartmented purposes and specialization of services was a sound course of action.

We are going to enter shocking territory now that will probably upset quite a few minds under establishing a new timeline of events leading to what most felt started in 1947 with either the Kenneth Arnold sighting or the Roswell crash. We are about to find out that there were amazing developments that predated the sightings of 1947 with earth shattering luminosity that could well have created a nationwide panic and social hysteria had these developments been unearthed for general consumption at that time and in that era of technological development.

In 1940 under military intelligence directives under FDR’s administration the Muroc Expedition set out from Muroc Army Air Field in California under orders to explore for a remote area that would be a good candidate for a top secret underground facility. This installation would house the intended nuclear weapons development division that would take the findings of the Manhattan Project secretly located under a ballpark stadium in Chicago, and transform them into a bomb. The obvious need for a secret base far enough away from heavily populated centers made enough sense, but for a chain of events that not only proved bizarre but deadly for some.

The highly secretive Dulce underground complex can be referenced in some military communications as Dulce Facility, RIO ARRIBA CO or RIO-AUX. The GSA or General Services Administration would be providing materiel and infrastructure supply for such a installation as this while the Army Corps of Engineers, originally formed under orders by FDR, would be tasked with the construction of such a subterranean project. The GSA even provides fabrication services for the CIA so this purchasing and planning branch of the US government was intimately involved and no stranger to these classified operations.

Let’s make a distinction here about Dulce Facility. As opposed to Cheyenne Mountain home of NORAD, Dulce is a pure classified research complex regardless of the seamless fusion of many US defense contractors and private scientific firms who operate there under various assignments and projects.  Corporate involvement in these highly secretive projects requiring intense security clearance of all personnel engaged in these pursuits has been going on for decades with great success at maintaining utter concealment from the general public until the advent of this anonymous colonel interviewed by Anthony Sanchez.

Amazing finds await from beneath

Amazingly as early as 1940 prospectors, cave explorers, and elements of the Muroc Expedition had surveyed the Archuletta Mesa, surrounding canyons, and topography. They discovered, what appeared to be, a naturally occurring subterranean cavern 7 levels deep. They would soon find out differently as this hand-picked collection of Muroc Army aviators, soldiers, engineers, and other specialists who made up a literal “Special Forces” detachment tasked with determining the best underground choice for the new AEC weaponizing facility, crept into the the entrance.

They found an opening in the top of the mesa and began to penetrate the subterranean complex which appeared initially to be a natural formation of caves, but what they found was astonishing! As members of the military expedition explored the apparent tunnels and interconnecting cave structures their commander was confused by what they had stumbled upon! The rock walls had been fitted with what appeared to be radar screens, very thin and liquid in flexibility. These screens were  thinner than the cathrode ray tubes used by humans and connected by fine multicolored glass wiring to, what they thought, appeared to be typewriters or calculating machines. The soldiers noted that even though these instruments appeared more advanced than the latest military electronics of the 1940 era, the equipment appeared to be hundreds of years old. One of the men commented that he thought this was German made instrumentality.

A parlor of mystifying discoveries

The multi lit cables were blinking in sequences indicating that active signals were still being generated from somewhere, but when they traced the sources of the connections it appeared that they went further underground. Many of the screens had been disconnected as though they were intentionally unhooked for some reason. As they pressed further down the passages these rooms were fitted with a thin granite-like paneling that lined the rocky cave walls giving the rooms a finished interior of a kind none of the soldiers had seen before. Still more sophisticated machinery lined the walls. When one of the men touched the paneling his finger prints glowed on the surface for several minutes. Some of the men began writing on the wall panels with their fingers until the commanding officer ordered them to stop.

Remains from a battle fought long ago

Then they stumbled upon something eerie! They found Indian head dress, arrows, and apparel easily dating back to the 19th century it was antiquated but preserved. They moved deeper into the caves and found startling things that pointed to possibilities they could not imagine. There were spears, bullets on the floor, with Colt 45 hand guns circa 1880’s perhaps older. They were strewn on the ground next to the bodies of dead Native Americans, most likely Apache. The Muroc Expedition had arrived at a site that contained a lot more than they had bargained for!

Then suddenly they happened upon different types of corpses, the miniaturized humanoid forms of beings that appeared child sized only with a clear and chilling distinction. They had enlarged heads, huge insect-like eyes, long thin arms, and hands that appeared different than the typical human type. Now the evidence began to paint a discernible picture as the men gaped at what appeared to be the site of a battle, a skirmish had been fought that had resulted in significant losses. There were patches of carbon burns on the walls indicating weapon blasts.

It appeared as though the Apaches armed with their primitive yet still deadly weaponry of firearms, knives, arrows, and spears had invaded the facility and had driven the smaller beings further down the tunnels, perhaps they had tried to escape, before the deadly fight ensued! Had the smaller entities had been forced to fight for their lives? They could only speculate.

That wasn’t the only discovery. Along the walls lined with the radar screen – like equipment and the hand operated typewriter appearing instruments, which we today would know as computers keyboards with wide flat screens perhaps with a type of LCD or LED display networked together with fiber optic cable, they found something else! Stamped metal tablets with inscriptions carved into the surfaces. They appeared to be some type of written records somewhat like the cuneiform transcripts used by ancient Mesopotamian Akkadian culture. These metallic tablets were thin and very resilient. The commanding officer quickly realized that they were out of their depth. He was not sure of what he and his men had stumbled upon, but he was sure that this was a crucial forensics site that needed expert collection, preservation, and cataloguing.

The officer in charge made a request from his superiors to bring in an officer he knew who had anthropological and archeological background. This specialist would coordinate documenting what had been found in this eerie and foreboding time capsule of the unknown. In two days the specialist was airlifted in and a concise operation of archiving everything as well as beginning the process of collecting all metal tablets was begun. The remains would be properly containerized for scientific study. The equipment would be analyzed and disassembled for further research and back engineering.

the colonel recalled that while at Kirtland Air Force Base in Albuquerque that he and his accompanying personnel had been briefed by having loads of literature and history on the first Muroc Expedition findings handed to them. They were also given information about the purpose of specific areas of the facility as it was divided into many individual buildings and site locations. They had 48 hours to cram all these details into their memories prior to entering the RIO ARRIBA CO which had been established for some time since 1940, but they mentioned another part of the crash course orientation which was devoted to another curious subject.

The colonel said that they were to appreciate the Dulce Facility for its uniqueness, its characteristic integration of environmental interface with Air Force installation additions, but there was also the odd mention of the inhabitants! Who were the inhabitants, the colonel wondered as he awaited his transport to the subterranean mystery we know as RIO-AUX. However, there was still much more that went on in 1940 that proved to be not only remarkable in the realm of human experience, but menacing as we will shall see in Part IV. The lengthy content of this matter makes it that necessary.

Until next time when the unwritten pages of forbidden history crystallize from a blurry focus into shocking detail, and our worst nightmares come true or are chased away with the illumination of knowledge.