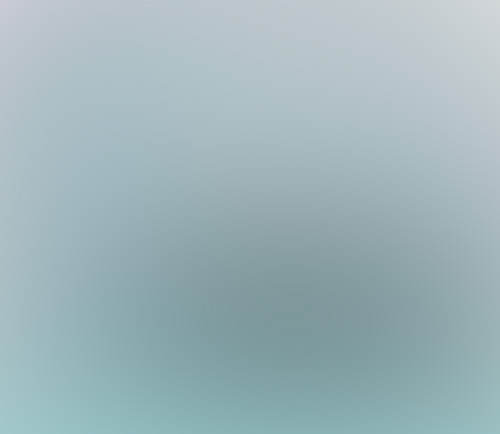 For us to get more of a historical perspective on the events that took place near Dulce, New Mexico within the Archuletta Mesa, we must first examine the pervading influences occurring in the world at that time. This will help us appreciate not only just how mind boggling these discoveries were, but how essential it was for the Army to take the actions that it did.

A historic perspective in the bloody pages of history

Thousands of miles across the ocean a war in Europe was raging. Hitler’s army had overwhelmed the combined British and French military using Rommel’s Blitzkrieg tactics, “The Lightning War” which allowed the smaller German army to bust holes through wide spread French defenses using concentrated firepower, precision bombing with Stuka dive bombers, and the superior maneuvering of Rommel’s Panzer tank units. Apparently the French, who had capable if not superior tanks, lacked the heart to fight. Hitler bypassed the vaunted Maginot Line of underground heavy artillery turrets and hidden French garrisons by using paratroopers who simply landed behind the defensive line. Soon the British were fast retreating and trying to keep what was left of the Royal Air Force from being captured.

In all this, Winston Churchill continually appealed to FDR for supplies and weapons which would run a long deadly gauntlet through U-Boat infested Atlantic waters. Americans and Congress wanted little part in a global war that was fast becoming too volatile to avoid. Desperation and fear were having an effect upon what free nations still existed in the world as North Africa and Norway were also on the threshold of surrender. America clung to its neutrality, but events were drawing threateningly nearer!

In the Pacific theater Japan had been waging a vicious war against Manchuria in China, and FDR had been imposing sanctions against the Imperial might to make their acquisition of petroleum more difficult. More and more Japanese leadership under General Tojo were seeing war with America as the only alternative to being starved for the resources the Nippon war machine needed. Plans were drawn to strike the US Pacific Fleet.

America had allowed its army to draw down to 200,000 men. Congress had been slow to appropriate a military budget for research and development as well as the supplies it would take to aid Great Britain as the Nazis bombed London. In the wake of a devastating Depression the federal government had little stomach for military spending as 10% of the American work force still remained unemployed. Few people know that the first deficit spending by the US government came about during the Great Depression where the Federal Reserve began printing dollars it could not back with tangible assets like gold or silver. Yet, FDR used this spending to put the unemployed back to work and to build much needed infrastructure such as roads, bridges, hydro-electric dams, national parks, and other public works.

Testing of our defenses by who?

America was still on the threshold of desperate times in 1940 when the revelations at Archuletta Mesa began filtering in to a military intelligence command that anticipated fighting a war on two ocean fronts. You can imagine how disconcerting this must have seemed. The question remains. Did President Franklin Roosevelt have first-hand knowledge of the events near Dulce? We only know that Supreme Commander, General George C. Marshall wrote a letter of explanation to FDR over the “Battle For LA” when early in 1942 UFO’s set off alerts among nervous anti-aircraft shore batteries in Southern California and all through the early morning hours shelling had occurred. In the wake of the Pearl Harbor attack fear and anxiety ran rampant through Los Angeles and its surrounding communities. After expending 1400 rounds US military units were unable to officially bring down hovering elliptical objects that loitered over heavily defended emplacements and took direct hits without any observed affects. General Marshall’s letter to FDR reads in very vague fashion dismissing any specific details. Perhaps FDR’s continually deteriorating health due to the polio he had contracted had something to do with it. In the aftermath of that incident at least one man was killed from falling expended artillery shells

To make matters worse Germany was conducting heavy water experiments for a nuclear reactor invention and the intended manufacture of plutonium. The Horton Brothers were at work developing advanced flying wings as was Jack Northrop for the US Department of Defense, while rocket scientist Werner Von Braun and his team at Peenemunde refined the V-1 and V-2 rockets, the first generations of intercontinental ballistic missiles. An intense technological race was going on between Germany and the US, and whoever won that race would likely be the dominant world power.

However, that was not all. According to the book “Brighter Than a Thousand Suns” the author notes that the German military were also experimenting with hovering disks using turbine engines that would be armed with machine guns. It is unclear whether or not these prototypes ever got airborne though there have been many unconfirmed rumors. We know historically that a crucial competition between nations was being played out at very high stakes. Mechanical drawings do indicate that the secret project was in the works.

How America prevailed in desperate times

It is rather amazing that the US Army and combined forces at Muroc Air base were able to handle the operations that they were tasked with under such conditions of duress and budgetary demands, but clearly it was a do or die proposition for the US , its allies, and the world. We can only speculate what horrors might have resulted had America lost the intense competition for weapon superiority and the out and out gamble with the inhabitants within Archuletta Mesa who held the keys to the accelerated advancement that would put the human race decades if not centuries ahead as the war pressed on and future generations enjoyed the practical applications of this alien originated technology.

Many will try and dismiss the extraterrestrial theory now that the US government has finally admitted the existence of Area 51. However, there have been too many leaks in the past from such whistle blowers as Bob Lazar, a physicist who worked for the federal government there, to lead us down the path of gullible acceptance. After all, we were lied to for decades about UFO’s already with even expert witnesses as pilots being ridiculed and threatened into silence. These are the convoluted considerations of just where the true origins of our advanced technology have come from, and just who was responsible for coordinating the classified projects that allowed human implementation of such advancement during the desperate years of World War II and beyond to the tense cold war era.