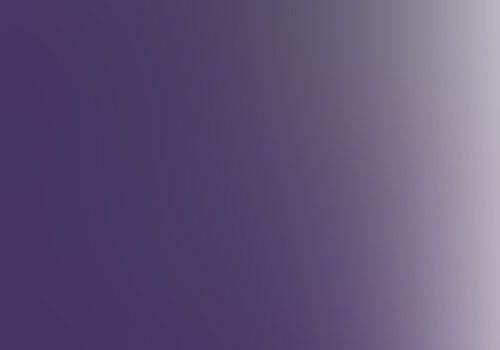 If you missed Part VII of this series click here. https://www.ufodigest.com/article/more-unsettling-facts-0824

For us to establish the origins of the mysteries behind Dulce and Archuletta Mesa underground facility we must go back in time to the very beginnings of the inhabitants and where they actually came from. The knowledge acquired by Colonel X as he related all of his forbidden disclosures to author Anthony Sanchez is staggering. It all takes us on a journey that spans human history and beyond, even beyond our very own planet earth. This far reaching account, if it can ever be documented by a government sponsored release of secret documents, or by strong corroborating evidence, would shake the very foundations of human civilization. There have been minor corroborations of some evidence that does point to authenticity as with such players as Philip J. Corso and Phil Schneider, but it will take more.

Relax, sit back, and prepare for a bumpy ride through the darkened corridors of time and the unknown and we will embark on the fantastic. These inconvenient tales of the yet to be discovered seem awkward at first, but once they point us to the right directions in history we find that they are not so unbalanced after all. The more that we know, the more we must realize that we don’t know. We can never make altruistic assumptions without evidence, and that is strictly up to the degree of disclosure that we must seek from many unconventional sources. Yet, it is there waiting for us just like the distant stars in the cold distances of interstellar space. Truth is eternal, irrepressible, it never changes, only our ignorant perception of it ever changes.

The distance of the Sirius binary star system is 8.6 light years from earth. Sirius is the point of origination of the inhabitants. How could someone have arrived here from such a distance when the speed of light is 186,000 miles per second, and a light year represents the distance crossed at that speed in a single year? We currently have 2 manmade satellites that are just exiting our solar system after having been launched in the early 1970’s. Pioneer 10 and Pioneer 11 took 30 years to reach the outer edge of the solar system and broadcast their last weak signal in 2003. How could mankind ever hope to span the titanic distances of galactic space? It would take an exotic form of physics theory that we have not yet arrived at, and the ability to generate power that we are momentarily incapable of sustaining.

What Colonel X calls the Progenitor race (inhabitants) left the Sirius system 100,000 years ago. They determined that the planet Mars was the most suitable planet in its intermediate orbit around the small yellow dwarf that we know as Sol, or the sun. It was here that a dying race began to re-establish themselves in the environment of the Red Planet. However, their calculations were wrong. Mars was vulnerable to be hit with a catastrophic event that rendered it no longer accommodating for the Progenitors. For a time afterward they survived undergriound. The atmosphere was marginalized by the collision with a large asteroid that wreaked havoc upon Mars and destroyed much of the facilities that were established on the planet’s surface.

We are now seeing evidence of this development in the distant past as our satellites and roaming classes of automaton surface explorers have been identifying relics, broken artifacts, and the remains of structures that were destroyed during the holocaust that resulted from the massive asteroid strike that surely devastated the surface of the Red Planet. This planet wide disaster necessitated the evacuation of Mars and the transfer of their realm of existence to earth. Whereas Mars had been a suitable choice, earth was much harder for the Progenitors to adapt to. The strength of ultraviolet rays assaulting the surface could kill the unprotected inhabitant predecessors in hours. The temperatures were foreign. The atmosphere was thick with the effects of oxygen another detriment to them. It was clear that they would have to use their superior gene splicing technology to alter their physicality to co-exist in the relatively harsh environment of this blue planet, earth.

The genetically enhanced incarnation they created to exist in the harsh environs of the blue planet would be called the Anu. According to Colonel X, the metal tablets found by the Muroc Expedition in 1940 and recovered also indicated that a servant race was created by the Anu to provide workers. They were named the Eloah. They were also referred to as Achromatic or Formicidae. This term, in itself, is applied today to colonizing insects such as ants as they share a certain type of collective mentality that characterizes the dedication and capability of the Eloah. We today know the Eloah as the Greys, the infamous alien life form we associate with the crash at Roswell as well as the abduction of human beings that has been going on for decades.

Just as the original Progenitor race found earth unsuitable and was forced to survive through genetic manipulation, after a time, even the Anu developed an apparent immunodeficiency that threatened to wipe them out. Once again, they genetically altered themselves. The next incarnation that emerged was known as the Austra Albus who would continue as the last of the Anu died off unable to cope with earth’s extremes. The metallic tablets described by Colonel X also refer to the Austra Albus as Light Bringers, the Illumina, or the Immaculate Ones. Now the Eloah would serve the Austra Albus as a caste worker class. Yet even these Eloah would wear protective skin suits with large black eye coverings as protective optical gear.

When defense contractors began the task of back engineering the Roswell artifacts, one of the first innovations they were able to extract from the alien technology was the miniature circuit technology that was discovered in the skin suits worn by the Greys who were found at the crash site. As the diminutive  bodies of the Greys were examined and found to be wearing these body suits that electrically interfaced with their space ships, mankind was to draw very quickly upon the concept of microcircuits so as to miniaturize electronic components and eliminate the need for bulky and heat producing vacuum tubes. This once aspect accelerated human technology by decades while few knew that such a development had little to do with a human inventor though the assigned defense contractor was credited with originating the advancement.

The Eloah represented a potential threat to the Austra Albus as they could multiply to superior numbers and become more powerful than their masters so steps were taken to prevent that from happening. The Greys did not reproduce through sexual biological means. They were genetically cultured. They did not eat as humans do. The manner in which they took nourishment was through a highly refined process of extracting lab synthesized proteins from mice. However, this process was deemed too time consuming and not efficient enough so the advanced protein synthesizing process was expanded to bovine physiology or cattle. This is one of the reasons that cattle mutilations became a prominent manifestation in the Dulce area.

As the existence of underground dwelling progressed the Austra Albus began to develop physiological problems to the earthen subterranean existence just as the Anu had. Now there was only one alternative left to the species in order to perpetuate their existence. The decision was made to interbreed with the hominids who already existed on the earth surface. These indigenous species of pre-Homo Sapiens were thriving all over the global expanse of the planet and would be the only candidate for splicing the DNA of the Austra Albus with that of this ancient terrestrial species that, in their way, had become the dominant beings on this diverse blue planet we call earth.

As it turned out, the infusion of the Progenitor’s distant strain of surviving DNA that had survived with the Anu and now the Austra Albus, would now be preserved to an unrecognized degree in the last incarnation of our ancient human ancestors and their genetic marriage to form the final survival of the race that had departed Sirius so long ago, and finally adapted to the foreign environment of earth to perpetuate their species in a successful form united with the biology of pre-human bipeds. They would become the present and final product we know today of the genetic combination of two foreign species from two different planets.

When the firefight had broken out in 1979 during Phil Schneider’s tenure with underground construction contractors, a rebellion of sorts had been undertaken between the younger Greys and their older counterparts who had worked with humans and had demonstrated their loyalty even taking up arms against the warring factions that had fought the American special forces units deep below the surface near Dulce. As the Anu had anticipated when they imposed limitations on the Eloah, their fears were realized due to the revolt of the younger generation of Eloah or Greys as we now know them.

Author, Anthony Sanchez goes on to elaborate more from his interview with Colonel X. We will explore more of what role that the newest incarnation of the inhabitants, and who they have become in the affairs of the world today. You will be surprised and likely disturbed as we delve further into their unseen but very much felt presence in global influence in Part IX.