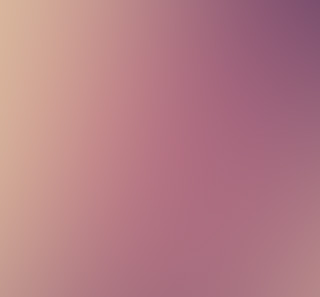 Somewhere close to the world that we see and the world that we see in our dreams there is doors somewhere leading us to these places. How come I can’t remember entering into the dream reality as if my mind is erased when I awake? There are so many other worlds and I see when I think of them I see doorways. The past, present and future- all of these worlds inside of us ready to access can you see the doors?

Maybe there is a symbol on the doorway in a dream above that makes it recognizable. I see a keyhole and maybe I have the key. How come I cannot remember where I got the key to the door? Guided by angelic beauty into a garden in Heaven I find a music box. Music Boxes were said to be created in the 18th century from snuff boxes. The first music box factory was opened in Switzerland in 1815. This dream is exceptional in it’s mystic beauty. The music box I buried in a garden in a cemetery in Heaven. Do not take a wrong turn or you will cease to exist. Do not enter the wrong door.

As a child I was in many situations that I felt powerless to control and so I took to magic quite quickly. Not only did I feel guided by a supernatural force that led me to figure out how to cook, tend and care for my young self and sister I also felt the presence of a very wise spirit next to me. A guardian angel could be termed its name. I was guided to record my dreams and so much more as I learned to write.

This opened up many doorways for me into the spiritual world. Not only was I clued into the mystical world before I read, heard or learned about it from the physical world but I came to understand the New Age and it’s meaning before most. The spiritual awakening I would like to see is for people to become more aware of their dreams. This, I believe would sharpen psychic power as well as writing skills and new thought processing. We could evolve as a species if we were more psychically connected to each other.

If you are sleeping you are like a dead person who feels hears and sees nothing in the afterlife, If you are dreaming you are like a spirit who is freed in the nighttime, forever living, connecting breathing the spirit world…knowing, meditating on change evolving into someone that can survive after death.

The world of science will try to knock you down and in the end science is in its baby stages and as more possibilities arrive to Earth, than so will the possibilities of science. I am talking about any supernatural phenomenon closely tied to celestial ones. The discovery of perfectly aligned planets resulting in seeing stars and galaxies never noticed before also adds more to the database of the universe. More metals, chemicals and living things could potentially be discovered disproving science and their current theories today. It doesn’t matter if they call it Science today, people have always experimented and tried new things to come to the best solutions. Recipes are mastered, medicine and technology by way of popular and moral opinion often based upon preconceived ideas and lastly recorded as fact in the way of the highest knowledge achieved as truth gained through money and power.

There is doorways everywhere, you may know them as opportunities, dreams, visions, physical doors; the symbology is there we are just not seeing where they are. It takes a visionary to change the world but what if more of us could be like this?

Now in that dream that I had with the music box I remember playing with that music box and it is the same American music box that most girls my age must have played with. You open the box and the pink ballerina with her brown hair in a bun is doing a pirouette and spinning, spinning to the music box sound a piece of metal that has turned into something spiritual rotating not only its physical access but also my heart as well. Is science measuring this? The maker of the in this box is a magician invoking a beautiful dance.

A beautiful story is the tale of the eternal cosmic dance of Shiva. She is shown eternally dancing and when this dance is done will symbolize the end of this universe and a creation of a new one, an important concept in Hinduism that came around long before there was so much scientific evidence on cosmic energy and how it is indeed reborn.

There is this beautiful Buddhist legend that the Guatama Buddha was born after his mother Queen Maya, (whose name means love) had a dream during a full moon in which there was a white elephant, thought to be the soul of Buddha incarnated in another reality, in the Himalayan mountains. She was bathing in the water when some spirits were covering her in flowers and perfumes, and she noticed a white elephant carrying white flowers.

The elephant circled around her three times and then disappeared as it entered some unknown doorway into her womb. She was pregnant soon after with the Guatama Buddha.

Like this story, the most important dreams come to reality through these unseeable doors. Singers, poets, visionaries and religious people all claim to be guided to manifest something in the physical world through another reality. Entering our physical realms first through supernatural vivid dream states.

We can see what’s right in front of us but we cant see what’s really there unless we connect to a higher power, our higher self or more. I will just keep dreaming and exploring the universe day and night and trying to figure out who gave me these keys to unlock these spiritual doorways into other dimensions?

A great tale about a keeper of keys is the angel Abaddon from the bible.

If you have ever read the Christian bible it is filled with many tales about angels, dreams and the supernatural. Abaddon is opened up to much discussion in Hebrew, Mormon and Christian teachings. Many believe him to be represented as the devil himself. All the things that he represents are things of nightmares. He holds keys to the bottomless pit of Hell, he tortures those who do not have the seal of God on their forehead and he is feared greatly.

Our dreams can easily turn into destructive…Perhaps so why there is so many types of dreams is because of the ease of access for the spiritual world to pour so much thought inside of us. Remember that in the end what you rely on should always be true to yourself. There are many religions in the world that try to help you control your supernatural destiny but you are heading towards where you are meant to be because of your thoughts, actions and dreams.

Understanding dreams and this eternal dance that we are in is important to evolve into a higher sense of purpose in which you can come to care for more than yourself, but the lives, feelings and those around you without feeling like you need to control someone else beliefs or morals.