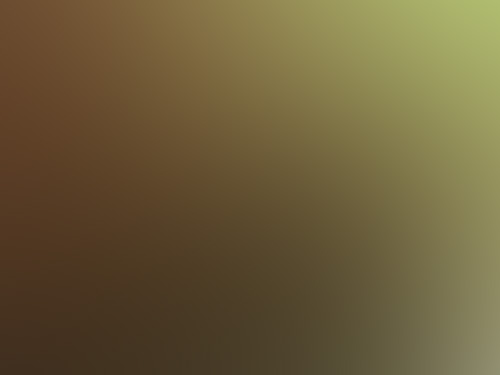 The ocean invites me to its shoreline. I walk through the sand bare feet to absorb the Earthly energy. Maybe I notice a few seashells but, I leave them alone unless they look like they aren’t living. The air smells like fish and salt. It smells like this yet, it opens up my lungs and I can feel them begin to heal. I can feel all the stress melt away in time with the waves and I hear sounds of seagulls and water lapping onto the shore. The ocean defines beauty in every sense of emotion and pleasure. The beautiful sight and the breathtaking magic of the misty air entrance me. As my feet touch the water, I can feel the seaweed tangling up in my toes. I feel the gentle breeze on my skin and splashes of the salty water kiss my lips. It tastes bitter and sweet. Should I dive in and come out with mermaid hair? Tousled, valorized, texturized by the magic of the land. I see ships in the distance and I want to swim to a nearby rock to try and see further into the enchanted ocean. My dream overcomes me and so begins a fascination with mermaids;

Mermaid
The term mermaid came from the combination of the words; sea and maiden.

The first associations of mermaids were that they are like beautiful women with fins that lived in the sea. To this date, the oldest stories of the mermaid can be found popular in the years 7-8 century B.C.in Assyria. The mermaid is a mythological water spirit. In British cultures, mermaids are a superstitious omen of disaster and ill-luck.

Naiads
In Greek Legends, these creatures are the water spirits that dwell over beautiful wells, fountains, rivers, streams and the like. Sacrifices were brought to the Naiads frequently including hair and animals. It is important to note that the Naiads dwell in fresh water.

Oceanid
The Oceanid is the water spirits who dwell over the salty waters of the world. There is one assigned to each ocean and sea and the like. The Oceanid is the counterparts to the Naiads, and beside from the location of dwelling can be quite similar. Greek mythology dates these stories very far back, tied into stories of the first Gods and Titans.

Siren
The siren is the enchantress mermaid that sits on rocks in stormy weather and sings eerie songs, beckoning ghosts and sailors to come near in hopes a disaster would occur. The siren is often depicted with a beautiful instrument on her lap; a harp. Often they are depicted with wings like a bird. Sirens are sacred to the Greek goddess of the underworld, Persephone.

The Moon
The Moon is a source of power to the ocean. The tides come and they go in connection with the pull of the moon. The moon has a powerful influence over the water and can cause strange forces to appear by controlling the oceans. Hurricanes, floods and other natural disasters all begin with the ripple effects that flow through the deepest waters on Earth. Neptune has thirteen moons although it is gaseous; Jupiter has moons that actually orbit another moon. Can you imagine the power of moons? A moon is a very common part of our solar system and contributes energies of a spiritual and physical sense.

Undine
An undine is the spirit that is found especially in waterfalls and pools. Undine is a beautiful maiden with long flowing hair. It is the categorization that, Mermaids, Naiads and Oceanids fall under. An Undine is a water spirit without a soul. To achieve immortality they must marry a human. The term married can be applied in the literal or metaphorical sense. If the man is unfaithful, than the undine is fated to kill him.

Mermaids are beautiful and are commonly associated today with the starfish. The starfish symbolizes the energy of stars in the night sky compared to the stars of the water world. The mermaid is an ancient idea, though, art and creature that is still very popular today. The fusion of water with spirit, earth and air seem to create the image of mermaids and the sea for me. The fusion of a creature with a person is also a powerful sign of the heritage of divinity left in the bloodlines of various magical peoples by the Gods. The union between reality and magic is thoughts formed by the inspiration of the sea much like Aphrodite, an idea of love, a goddess born from the foams of the sea.

Aphrodite herself is commonly associated with angels which of course circles back to the similarities between that and the sirens that have wings. The world of the mermaid is a vast expanse, carefully plotted out like stars in a constellation on a star map. The true essence of a mermaid is overcome by the pre-destined bloodlines of a deeply mysterious sea.