UFODigest.com » Aliens and UFOs » MYSTERIOUS DISAPPEARANCE OF US SOLDIERS IN AFGHANISTAN 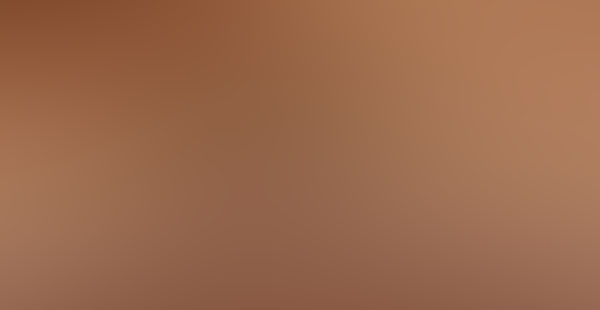 Hidden in the enigmatic presence of the distant past may be answers to the present and the future. These unearthed discoveries may be neither pleasant or promising however. The old world of ancient mysticism and mythological religious tales may well be more than myth, The recent reports of the disappearance of at least 8 US armed services personnel involved in the recovery of an 8,000 year old Vimana buried within in the loose earth from beneath a cliff has done more than to raise a few eyebrows.

The answer lying in the mist of the past

If we reach back into ancient India and the cryptic Vedic texts of Hinduism we find a wealth of material concerning the fantastic tales of amazing events that can only be interpreted by today’s standards as being the description of a technology that our ancestors could only depict as god-like in origin. Yes, anthropologists and even archeologists are aware of mankind’s propensity for attributing the super natural to anything that does not fit into their realm of reference. Could the followers of the Hindu religion early times have witnessed aerial warfare being conducted by the superior and unfathomable technology of extraterrestrials  using air to air missiles and even particle beams against one another to the awe of the earthbound primitive men below?

According to references made to these fantastic displays of destruction given in Hindu religious text, cities were turned into melted glass, elephants caught on fire from the rays of heat generated by these warring factions, and massive explosions were unleashed in the air by these non-human entities. What was the vessel or attack platform used by these unknown aggressors who amazed and frightened the Indians of the old world? Vimanas, the strangely conical and unstreamlined craft that supposedly hovered over the earth while visiting death and destruction upon humanity and those they opposed in the air. Were these just awkward lumbering aerial vehicles that could not compete with the sleek vectored multi-role jet fighters of today? Quite to the contrary! These strange airborne objects could lay waste to entire cities using a nuclear type of device that acted like a tactical nuke only it was precisely deployed by some accounts like a huge flame thrower only atomic its lethality.

The past comes back to call

According to descriptions in the Hindu texts these Vimana are capable of stealth unheard of in our seemingly technologically advanced era. They were said to be able to disappear from point A and reappear at point B. This makes this enigmatic platform a very formidable weapon, and by accounts given by analysts and insiders not only the US but Russia, China, and other nations are clawing at the chance to recover the hostile capabilities of these ancient armed platforms who could dictate the outcome of a world conflict should the lucky party come out on top once the technology has been uncovered and reverse engineered.

These conclusions are well corroborated by Donald Keyhoe, who in an interview with Navy combat pilots was informed that they were told to ram UFO’s if they could safely eject as far back as the mid 1950’s. We know from Bob Lazar’s testimony that UFO’s were in the possession of the US Air Force at Area 51 where they were under back engineering study. These facts are also confirmed by Philip J. Corso who in his book “The Day After Roswell” testified to being ordered by his superior General Trudeau to convey alien artifacts of scientific interest to US defense contractors under the the aegis of captured foreign technology. One can attest the rapid rise in human technical capability as the ceramic fiber cable, solid state circuitry, pilot to ship interface, and electro- magnetic fields used for propulsion by the recovered alien aerial crafts that crashed near Roswell and a number of other areas in close proximity in the years after 1947 were harvested for our own advancement.

The danger of discovery

It is reported that as many as 8 US military servicemen have vanished while trying to dig out this ancient machine as it is said to exist in a time well. This means that though the Vimana is apparently within our realm it actually is enveloped in a different space time continuum that swallows the unsuspecting and pulls them into a different dimension or perhaps time warp. This will not stop the mad scramble to attain this enigmatic form of technology that could be a deadly game changer for whoever is able to recover this prize. It is said that all over Afghanistan ancient ruins and hidden sites are being scoured for more of these Vimanas by the super powers that are all desperate to utilize the deadly aspects of these strange aerial machines that defy the knowledge of modern man.

A possible confrontation among the victor who successfully recovers this forgotten science and makes a bid for the entire Middle East with the ability to turn modern cities into molten glass may be on the horizon. With the ability to dodge conventional weapons like missiles and dog fighting jet interceptors with the reported stealth of these Vimanas that can supposedly wreak havoc among our present generation of strike fighters and surface to air missiles seems a certainty according to insiders. A literal Armageddon could result as a play for world dominance plays out in the desert lands of Biblical times. Whoever initiates this bloody confrontation will align themselves with the new world order of evil that already orchestrates the actions of the shadow government that ruthlessly rules this planet already under the guise of the UN, IMF, CFR, globalist agenda, and the world bankers who answer to their ultimate masters. These ultimate masters some consider to be hostile aliens who secretly rule this planet from behind the scenes. Some speculate they could be the Reptilians.

Are these the wild eyed assertions of conspiracy theorists or fairy tale enthusiasts? There are disturbing developments that seem to point to a major confrontation based upon a new weaponized resource being sought after by several major nation states. Could this be just another internet rumor? Hopefully, this story is more speculation than fact or perhaps merely the wrong conclusion of a number of interrelated events. We shall see.