UFODigest.com » Aliens and UFOs » MYSTERIOUS INCIDENT AT HILL 60 IN 1915 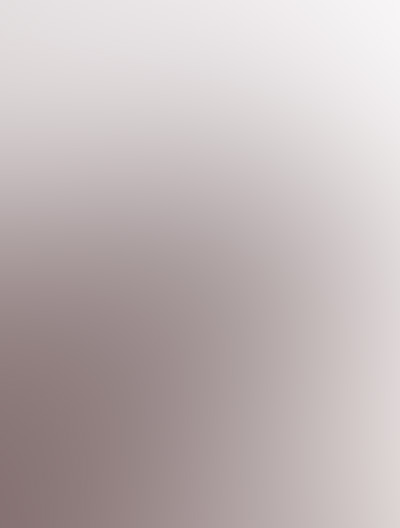 When we turn the bloody pages of human history it is indeed bizarre to note that under the battlefield conditions of duress that strange acts of disengagement and humanitarian conduct accompanied paranormal events. There is the living hell of killing field with artillery shells bursting all about and the stench of the dead, inexplicable mysteries occurred that have made many investigators wonder just who or what was intervening in the twisted affairs of mankind.

Location of an enduring mystery

Hill 60 on 7, May 1915 was such a place. In the midst of Turkish territory in the vicinity of the ill-fated battle of Gallipoli, where British soldiers were slaughter by well emplaced heavy machine guns thanks to a disconnected General staff and poor intelligence, the battle of Hill 60 was to take place. World War I was a long protracted conflict that wore down the armies of the British, French, and Kaiser Wilhelm’s forces of Germany. Millions perished under the horrors of entrenched warfare. Only the entry of the US in 1917 ended the costly stalemate that had exhausted the ranks of all armies involved bogged down in a war of attrition.

Hill 60 was just one of many mundane missions that the British were tasked to capture in the arid and miserable conditions of Turkey as the war dragged on. However a very strange incident occurred, that was witnessed and documented. An entire company of British soldiers simply vanished in the midst of the battle when a lull in fighting occurred. As the waging of war took its toll on the British, the wounded began to pile up. The casualties that mounted up were positioned in a line on both sides of a dirt road awaiting medical attention or having been attended to. They would become the eye witnesses to the event.

Ceasing of hostilities why?

As the battle raged and suddenly came to a pause as sometimes unexpectedly happens as ammo stores are exhausted or supply lines are pre-empted, the unusual event took hold on a battlefield of the dead and dying. A strange cloud we now know today as a lenticular cloud suddenly descended upon Hill 60 which became engulfed in its mist. The cloud did not blow away or dissipate; it simply remained where it was unfettered by local breezes or the smoke of gunfire.

As the wounded sat or lay alongside the narrow dusty road they observed very strange behavior of British soldiers who had been well hidden within their positions wary of artillery bombardment or sniper rifle fire. The battle weary British troops began standing, dropping their rifles to the ground, and even shedding their helmets and backpacks. Then as they displayed expressions of bliss, some even said  they faces seemed transfixed as they began a leisurely and orderly walk toward Hill 60. As the wounded called out to their buddies there was no answer as the British soldiers merely continued in the face of potential extermination from Turkish gunfire. They fell into to single file and walked straight across a cratered battlefield toward the bizarre cloud formation that now shrouded Hill 60.

Strangely, the Turkish defenders did not shoot at their British counterparts. There was an inexplicable cease fire that made no sense as the entranced British combatants moved with a blissful dis-acknowledgement of the potential peril all around them. They walked up the slopes of the hill and vanished within the lenticular cloud mist without so much as any hesitation as a bloody battlefield grew quiet without any logical explanation. The wounded British soldiers unable to walk and follow their comrades simply looked on in astonishment as their brethren disappeared into the mystery cloud that had descended upon Hill 60. This incident made a stark impression upon the surviving wounded who could only gaze upon this mysterious spectacle in awe.

Inquiries at the end of the war

The battle unit that comprised this group of British soldiers were never heard from or seen again! After the end of World War I British authorities demanded an accounting for the missing English infantry unit that had vanished in such enigmatic fashion. The Turkish ambassador disavowed any knowledge of the soldiers who had walked into a lenticular cloud atop Hill 60 and joined the ranks of the infamously vanished through-out world history. British command continued to believe that the soldiers involved had met with some secret untimely extermination and had been buried in an unmarked mass burial somewhere in the hot wastelands of the Turkish topography, but were never able to produce any evidence to justify their suspicions.

The disappearance of the British company at Hill 60 in Turkey stands as one in many of the inexplicable abductions or vanishings that have baffled investigators for decades afterward. Was an alien presence from another world present on Hill 60 using the lenticular cloud as stealth technology as they remotely controlled the minds of the weary British soldiers whom they called upon to approach the hill?

Had a supernatural event happened where God had shown his mercy to the haggard British infantry who had shown no regard for danger as they merely smiled and walked across a smoky battlefield on their way to an infamous disappearance that eludes explanation? We can only speculate. We as mere mortals can only guess at the will of God, but one thing is for certain. As we have often said of those who die in the horror of combat, these men may well have ventured to a better place.