UFODigest.com » Aliens and UFOs » Mysterious Mars and the search for life 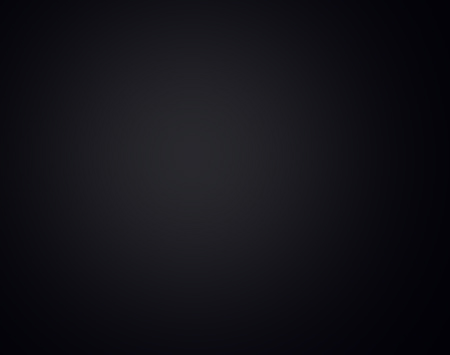 Sometime in the 1950’s astronomers marveled at a strange anomaly they viewed on the surface of the planet Mars. According to an animated Walt Disney documentary as observatories targeted the “Red Planet” during a huge dust storm something bizarre occurred. To their amazement, scientists watched as a letter appeared on the face of the Martian topography! What appeared to be a dust storm suddenly formed what appeared to be an alphabetic letter! They were convinced that an attempt at communication was being made with the planet Earth.

Posessing an artificial satellite in orbit

Among many other of its odd and distinguishing traits, the planet Mars possesses the moon Phobos which behaves in a very peculiar manner. Phobos is the only moon in the entire solar system that rotates retrograde around its companion planet. All other moons follow a clockwise direction as they orbit. Phobos also travels much faster than other moons leaving many to speculate about the true origin of this particular moon. One Russian scientist, Iosif S. Sklovsky theorized that due to its rapid rate of orbit and apparent lack of density, Phobos might be hollow and therefore, an artificial satellite.

Reputation as an eater of spacecraft

According to esoteric author, John A. Keel, the “Galactic Ghoul” is responsible for a 60% failure rate among US, Soviet, and one UK satellite mission dubbed Beagle 2. These losses have been attributed to early pioneering difficulties that preceded more sophisticated space craft today, but there have been some ominous and unexplained developments that have puzzled mission control planners at NASA.

In 1976 a particularly successful series of Mars landers known as the Viking Missions were underway. The infamous “Face on Mars” stared back at scientists, who received the first photographic transmissions from the satellite as it filmed the Martian surface. What appeared to be an Egyptian-like face miles across atop a mountain accompanied by smaller pyramid structures in the nearby vicinity, according to former NASA official, Richard Hoagland, proved that an ancient civilization once thrived on Mars. Hoagland did a number of computerized 3-D enhancements that clarified the features of this enigma that seemed to defy NASA’s mundane explanation which they called a trick of light and shadow.

In November 1993 the Mars Observer satellite drew close to the orbit of Mars and was to begin insertion into orbital status when sudden failure occurred. The most technically advanced US effort to map the surface of Mars to date mysteriously failed.

A UFO over Mars?

The Russians have also had their share of unmanned space craft losses and Mars was no exception. Phobos 2 had achieved orbit around Mars, but would soon lose contact with Russian receiving stations. Just before the loss of the mission, however, something strange happened. The Phobos 2 cameras, one infrared, and another optical, sighted and relayed 2 pictures back to Earth before falling silent forever. An unknown object was photographed between the altitude of the space probe and the Martian surface just below. It shows a shadowy elliptical object at a lower orbit below Phobos. What had the Russian satellite captured with its cameras? The last transmission was a second photo of an intense blob of light that seemed to be approaching Phobos 2 just before the space probe failed.

What appeared to be a self-illuminated structure, a blur of intense light that was approaching the space craft was the last thing it reported! One must ask just who or what had converged on the Russian satellite in orbit above the Martian surface.

Many attempts at soft landings and fly by missions were launched from Cape Canaveral beginning with the Mariner program, and by the Russians in the quest to unlock the secrets that lie on Mars, but many unmanned crafts fell oddly silent. Were they victims of unknown intervention or just merely malfunctions so many millions of miles away from the earth in the cold, dark, vacuum of space?

In Part II of this article we will explore the assertions of some astrobiologists at NASA and others who believe that there is life on Mars, and the evidence to prove it!  Next March 17, 2013!