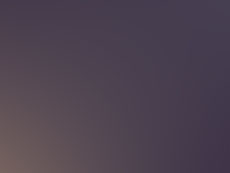 Modern science has it all down, or so they think. Between 2 to 4 million years ago upright walking apes began the slow evolutionary change to modern man leaping at least 12 or more transitional stages to arrive at Cro-Magnon or Homo sapiens as we know today. Despite that glaring impossibility, after 140 years of archeological digging and categorizing of fossilized bones all over the planet, science still says it will someday arrive at the missing link, the one ancient ancestor of mankind that spans the definite distance between Neanderthal and the present modern day human physiology.

These pre-humans, as scientists often refer to, the upright walking chimpanzees and gorillas that supposedly made the gradual evolutionary arrival to our present day appearance, ability to modulate speech, invention, and level of civilized organizational skills. However, this intentionally flawed reasoning is due to science limiting itself to secular explanation. They will not acknowledge a divine intervention nor will they allow for the inception of advanced beings from another world using sophisticated biological techniques to accelerate the changes and traits that they would instill in order to transform primitive pre-humans or transport the modern human species here on earth. Perhaps even cross breeding by blending DNA to create a species that is part human and walking upright ape brought about man as we see home sapiens today.

To partake in this kind of theory one must invoke known and familiar concepts. First, Ancient Astronauts as originally proposed by Eric Von Daniken is already considered a plausible theorem even though it is rejected by conventional science. There is ancient evidence of visitation and even recorded genetic prototypes carved into rock walls having been displayed in places such as Machu Picchu and in hieroglyphs of ancient civilizations such as the Pharaohs of ancestral Egypt or the illustrations of Indian Hindu religion. For some reason ancient man dedicates his art and recorded language to, what appears to be, extraterrestrial visitations.

From rockets poised on launch pads on the walls of Egyptian pyramids to the precisely carved facsimiles of every known race of humans on the planet in Machu Picchu, Peru, one must surely puzzle at what must have been the source of inspiration that guided these bizarre depictions by our ancestors. Even in European wood engravings we find what appear to be aerial armadas being observed by the village people of fifteenth century Germany on record. In Hindu religion are the depicted battles between invaders of the earth firing burning projectiles at each other and causing great explosions that appear to be nuclear blasts. Causing elephants to catch fire caught in the ethereal battle of these airborne entities as they use earth as a battleground, the Hindus believe that these events were observed by their ancient ancestors.

The Incas of Central America produced finely sculpted jewelry that appears to be exact replicas of modern jet fighters we are familiar with. One Mayan hieroglyph depicts the pilot of an airborne flying machine controlling gadgets from within in a cross section view of the supposed aircraft. Modern day archeologists refuse to accept these ancient astronaut interpretations as they associate some religious implications to these odd and inexplicable renderings of the ancient cultures as yet not quite explained.

Is it not too much of a logical stretch to embrace this evidence of space alien visitation with what modern science has already achieved through gene splicing and the first genetically engineered animal and plant clones as supporting an assertion that such capacity was evidenced in Homo sapiens remarkable and unusual appearance on the planet earth? Two things are evident, modern man simply came about too soon for an evolutionary explanation, and, unlike our walking upright predecessors, we are ill suited for the dense forested, marsh, jungles of the earth, even the altitudes of the mountainous slopes of the earth. Yet, we are here, with an inadequate academic exposition refusing other plausible causes.

Because science has limited its doctrine to secular interpretation only, the divine and extraterrestrial intervention hypothesis accounting for the sudden appearance of Home sapiens is continually dismissed as even more implausible evidence is relied upon. The fact that prevailing scientific wisdom does not answer the question without contradicting itself using weak evidence pending the discovery of the missing link! Well, I think speaking for myself and such experts as Lloyd Pye, it will be a long wait for science to dredge up some fossilized remains that are going to contradict evolutionary doctrine in order to justify the conventional and flawed frame work of evidence that is used to place the arrival of Homo sapiens under the premises science narrowly allows. It will be a very long wait.

If man has arrived at space travel, genetic engineering, is even planning terraforming (transformatory planetary environmental engineering) why would this state of science not already have existed within the grasp of a more advanced civilization that had visited earth while pre-humans were still the dominant species eons ago?  It appears that either this concept or a divine intervention by God could be two of the only possible answers to modern man’s sudden rise to dominance that make any sense.

Lloyd Pye makes a distinction between true science and brainwashing in his presentation on the mysterious appearance of modern man. He denounces the traditional scientific evolutionary school of thought that simply refuses to address all the lack of evidentiary justification needed to keep us from asking how Homo sapiens suddenly and dramatically took over the world despite their more powerful and well adapted supposed pre-human predecessors, who still occupied ancient earth.

Let’s look at the physiology that makes science’s conventional rationale implausible due to drastic core differences.

In part III we will find out more about what differentiates modern man from scientific misconception..