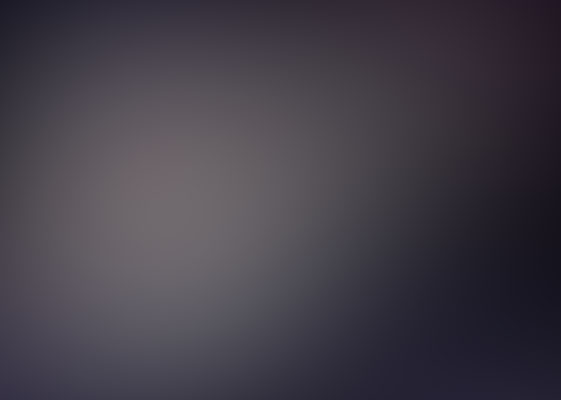 Aside from the numerous incidents that sometimes left US armed forces pilots dead, missing, or simply stunned in the wake of pursuing the enigmatic UFO during the late 1940’s and through out the 1950’s it would take some time before NASA mission astronauts would begin to acknowledge the truth as well. Probably one of the first US astronauts to report the existence of UFOs in the vicinity of his craft was Joe Walker, a seasoned test pilot who flew in the X-15 program. Incident occurred in 1962.

Joe Walker, made a public statement after seeing objects he could not identify that were pacing his high speed space plane. The X-15 was probably the fastest manned experimental test plane ever flown by the pilot himself attaining speeds of 5000 mph and altitudes exceeding 100,000 feet. It was the first manned craft to transition from the earth’s atmosphere to the very fringes of space and then re-enter the earth’s atmosphere and land. The astronaut did this without the modern onboard assistance of flight computers automatically adjusting the spacecraft in-flight. Today’s complex fighter aircraft and space re-entry craft have computer aided in-flight control making split second adjustments that a human pilot could never manage.

NASA’s official version of test pilot, Joe Walker’s, report was that he was seeing frozen fuel or ice that had broken off the fuselage of the craft and were gliding alongside the X-15. Walker did not agree with that assertion by authorities and on another mission again reported a sighting. Walker would later die in a fatal episode while flight testing the Valkerie XB-70, a high speed, high altitude bomber for Rockwell International. According to Chuck Yeager, the first pilot ever to break the sound barrier, and a World War II ace in air to air combat, Walker was a cocky individual, who didn’t like to take advice, advice that could have saved his life.

Chuck Yeager himself, who had flown the Bell X-1 to a speed of mach 1.3 in 1947 had admitted to not only seeing UFOs but using code phrases with control tower operators in order to pursue the occasional unknown object during his test flights, but he never made an official statement. He did say, publicly that those pilots who did report UFOs rarely received promotions or experienced promising career opportunities as a result. I met a relative of Brigadier General Retired, Chuck Yeager, who said that only to friends and family did he ever admit to seeing UFOs or chasing them in air to air engagements while involved in test flights.

One of the original Mercury Project astronauts, Deke Slayton, admitted years after his experiences with the program that as a pilot in 1951, he had an encounter. As he was approaching a runway to land, Slayton, piloting a P-51 Mustang spotted an unidentified aerial object, aborted his landing, and pursued the strange airborne anomaly. He attempted to make a high speed turn in order to intercept the UFO, but said that his prop driven fighter was no match for the mysterious intruder.

Mercury program astronaut Gordon Cooper reported numerous encounters with UFOs stating that when stationed in Germany in the mid 1950’s flying the F-86 he and his squadrons were scrambled on many occasions to intercept high flying objects that simply outclassed their capabilities. Later in his career while assigned to Area 51, Cooper reported the attempted landing of an unknown craft that once settled on the ground close to his photographical team, immediately took off when his men raced toward it. Colonel Cooper reported that under orders, he immediately expedited the film footage of the event to high command, but was told never to speak of the incident again, and subsequent inquiries on his part were never answered in the weeks afterward by his superiors. Such is the case with military policy in the realm of the UFO. Cooper became a much sought after authority by many investigators of UFO evidence in the years to come.

Public admission out of Dallas, Texas

Astronaut James McDivitt publicly stated that, “UFOs are out there.” He said this while among reporters in Dallas. During a Gemini Mission in the two man spacecraft while in orbit, contact was made. He and fellow astronaut Ed White while on Gemini Mission 4 in 1965 sighted and took photos of a cylindrical object that paced their spacecraft for hours. One observation made by McDivitt was that the unknown object actually had mechanical arms. Photos taken by the astronaut were analyzed by Mission Control officials, but were never officially commented on.

Once again in 1965 during a record breaking 14 day mission, the Gemini team of astronauts, Frank Borman and Jim Lovell made a startling UFO sighting. Cape Kennedy control attempted to explain away the sighting as being the Titan booster rocket, but James Lovell stated that he and Borman could see not only the jettisoned booster, but the unexplained object that was shadowing their craft from a distance. Both astronauts knew they were not alone.

The Apollo mission was to unveil even more controversy in man’s conquest of our natural satellite and first interplanetary venture. There have been reported sightings by Apollo astronauts while enroute to the moon as well as sightings made while on the surface after making successful landings. Once again Mission Control refused to acknowledge sightings made public with any comments other than explaining the unknown craft as the jettisoned Saturn booster rocket that was merely in the distant vicinity, which most scientists considered an impossible explanation.

It is rumored that as Apollo Missions proceeded that the Astronauts were instructed to use code words instead of describing their sightings as UFOs or their conversations would be scrambled all together to prevent the public from tapping into their conversations. In 1969 astronauts Neil Armstrong and Buzz Aldrin reported that alien spacecraft were literally parked on the edge of one crater watching human activity. At one point the astronauts reported light inside a particular crater, which would have been impossible had the moon been unoccupied, while the intense shadows would have been blinding to personnel attempting to explore there.

According to astronaut, Scott Carpenter, who made his revealing statement that at no time were human astronauts ever alone or without being observed. According to Carpenter there was a constant surveillance by UFOs. Among the original Mercury Program astronauts, Carpenter corroborates the testimony of his comrades such as Walter Schirra, who was the first astronaut to use a code word for UFOs “Santa Claus” during a 1968 mission on Christmas day while in orbit.

Another presence on the moon

There are many disturbing accounts that raise grave question concerning the occupation of the moon by extraterrestrials not necessarily friendly to human explorers. Some sources have stated that NASA and the Russian space exploration programs were warned off the moon all together. This is why we have never returned, according to this line of reasoning. In his book, “ The Day After Roswell,” the US Army had already submitted a plan named “Project Horizon” by 1960 after taking reconnaissance photos of the moon. A proposed military outpost space station operated by a crew of 4 men or more would have been deployed as a lunar base. This, according to Philip J. Corso, former Captain of US Army intelligence and scientific advisor to the Eisenhower administration, was an effort by the military to deter UFO operations on the moon or to maintain surveillance of their activities from the lunar surface.

It is clear from such former NASA officials such as Albert Chop, Doctor Otto Binder, Dr. Garry Henderson, and Maurice Chatelaine, that Apollo and Gemini Project spacecraft were followed either distantly or on occasion alarmingly close during the years of those missions. Even though the astronauts were under tight instructions not to publicly voice their opinions or experiences, some did anyway. Without their candid and heroic insights in the face of possible military retribution, these men told the truth, and made public their observations. We greatly indebted to these pioneers of space travel who risked their lives to explore the unknown.

My article would not be complete without mentioning the support and public statements of two other NASA astronauts who helped to buttress growing awareness about the presence of others in space as well as this knowledge having inspired and enlightened them as well. Doctor Edgar Mitchell was so impressed and influenced by his Apollo mission experiences on the lunar surface that he was compelled to establish the Institute for Noetic Sciences devoted to paranormal studies. Mitchell began a personal investigation into military personnel who had been involved in UFO sightings as well as secret projects that had been undertaken in the pursuit of research on UFOs.

Probably the most experienced astronaut who had logged more hours in space than any other space pilot or technician for NASA was Storey Musgrove. He had been responsible for the in orbit repair and refit of the defective Hubble Mission space telescope. His attitude toward the possibility of extraterrestrial contact was open, sincere, and peaceful. He publicly stated that during orbital missions in space that he had prepared his mind for such a meeting and outwardly focused his thoughts to that effect. Storey was opened to the possibility of an experience that few human beings have ever had the opportunity to have encountered. In the light of a photo and the alleged meeting of a 9 foot tall entity in the cargo bay of the Shuttle with two of the mission’s astronauts, one can never under estimate just to what degree our space programs and our astronauts have experienced what authorities refuse to reveal to us.