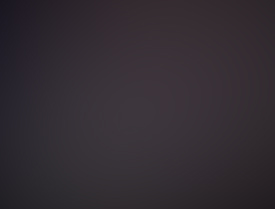 “A national hero and the sixth man to walk on the moon said that your government and others have been in contact with ET’s for over 67 years.  That’s an incredible statement.  It was buried on page seven the next day in the NY Post…”  Commercial Airline Pilot, Jim Courant

The statement above brought it into focus for me.  If you want the “Truth” you have to go out and look for it.  Our government has learned how to keep “Secrets” successfully for a very long time.  But there are a handful of “Patriots” like Apollo astronaut Dr. Edgar Mitchell a scientists in his own right,(6th man to walk on the Moon) that believe this knowledge should be made public and therefore taking the control away from the Government and giving it to the people.  Knowledge is power; power is to be managed with restraint, caution, accountability  and honesty.  The U.S. Government doesn’t think we can handle the truth, who are they to think what we can handle or not?  We know one thing for sure they can’t handle themselves.

Open your minds, do you really think this is all there is to it?  We go about our daily lives, get set into our mundane routines, self medicate with food, drugs, TV or sex to forget the stress of our days.  When “Full Disclosure” happens, and it is in process now, I hope people are reading and paying attention to “Page 7” and not the catch phrase headlines that they pay people too much money to come up with.

If you pay attention, open your mind to any and all possibilities, you just might know what to do and when to do it to preserve what is your birthright, your freedom, your life and your family’s lives.  We have to change, and by now we have learned that you have to want to change for it to happen.

The truth to me is so obviously clear that I sit and often wonder how many people are “clueless” to the fact that we have been living amongst ET’s for so long now.  I have noticed that the 20 something’s that are the future of our beautiful country are tuned in, and my daughter who is 25 said, “ Dad, you know all those History Channel, Science Channel, TLC Channel shows you tape and watch over and over?” I said, “Yeah, what about it?”  “Well all my friends have their TV sets stuck on those channels and that all they watch and talk about.”  What she said resonated within me.  I thought to myself, you know, when I was 25, was I really paying attention to what was going on in the world because I was just starting a family etc. I don’t know, but I realized that my daughters generation is paying attention and being a lot more open to believing the seemingly impossible things that are now being “Disclosed” as fact on a daily basis.  Don’t believe me?  Check for yourself, in the last 5 years I realized that everything they taught me in High School about science, math, physics, were all wrong!  Especially our History books in my day.   There have been not only more UFO sightings than any other time in written history worldwide lately. There have also been more movies, TV, Cable, programming on the Paranormal, Physics, How the Universe Works, UFO Hunters, Psychic Kids, Monster Quest, etc. etc. on TV and pounding it to whoever will listen.  More countries are coming out and releasing their UFO classified files.  They want transparency but the USA wants the control.

Physics in the public sector is just starting to make sense of some of these new discoveries and old discoveries but new disclosures on them.  We are on the verge of discovering a live “Sasquatch” on B.C. Island.  I just feel it coming fast and furious. They have found evidence of a huge population of the humanoid like ape creatures there, and being on an island makes the scientists work a lot easier.  Not to forget to mention all of the new gadgetry that exist now for scientists, that were locked behind Military and Government control for years are now becoming available to the private sector for a price.

The Sumerians and the Mayans for example tried to document as best they could what was going on in their time on this planet.  If we don’t “Pay attention” to what they wrote down, we will not learn any lessons, and I believe that is why we are here, to learn the truth and nothing but the truth, and we all know what the “Truth” does to you right?