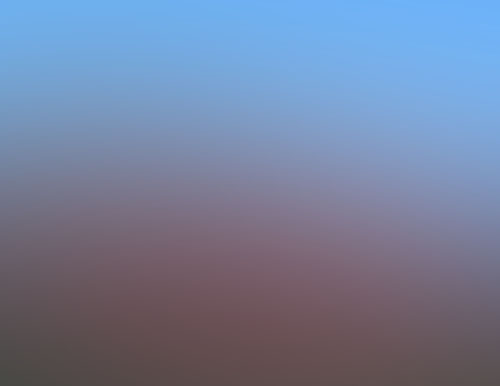 Audiences quickly learned that an airliner filled with passengers had disappeared over Florida because it had apparently been teleported using some kind of advanced technology.

The plane had previously been indirectly commandeered by ruthless shadowy agents to be used as a flying weapon to assassinate the president of the United States and the leader of a group of “non-terrestrials.”

One of these murdering agents was played by actor D.B. Sweeney. He also portrayed Arizonan Travis Walton in the 1993 movie “Fire in the Sky” about Walton’s alleged abduction by a UFO and extraterrestrials in the mountains near Snowflake, Arizona, in 1975.

Viewers of “The Event” also soon discovered that the plane was coming in for a rough belly landing in a desert region of some kind. The character Sean Walker (Jason Ritter) ends up leaving the area before the arrival of mysterious helicopters.

He eventually passes out from heat stroke and wakes up in a hospital in the Yuma, Arizona, region where he tells his strange story to a nurse, who then notifies local Yuma peace officers.

For those not familiar with the geography of the region, Yuma is in the far southwestern corner of the state, on the Colorado River, the border with California.

Interstate-8 runs through Yuma all the way to San Diego roughly parallel to the Mexico border. The San Andreas Fault is approximately 50 miles west of Yuma.

It is home to the Yuma Marine Corps Air Station and the Yuma Proving Ground, an aviation and weapons test range to the north of the town.

In addition to the Yuma Marine Corps Air Station, Arizona is home to three other major military bases: Davis-Monthan Air Force Base on the south side of metro Tucson, Fort Huachuca Army post (an intelligence center) in Sierra Vista located southeast of Tucson near the Mexico border, and Luke Air Force Base in the western metropolitan Phoenix area.

The Barry M. Goldwater Range, coordinated from Luke AFB, is a large aviation and weapons testing area that spans an area from southwest of Phoenix to the Mexico border near the town of Gila Bend on the I-8 freeway.

Former U.S. senator from Arizona and Air Force Reserve Brigadier General Barry Goldwater was outspoken about his interest in UFOs and made inquiries to higher authorities, resulting a verbal reprimand that he also spoke openly about.

Although Arizona has recently been in the news about “aliens” of a different kind, the state is also firmly associated with the UFO and extraterrestrial visitation topic due to the March 13, 1997, “Phoenix lights” case.

In that incident, hundreds of residents reportedly saw one or more very large boomerang-shaped craft cruise slowly and silently over Arizona and the metro Phoenix area early that evening. It had supposedly been seen in the Henderson, Nevada, area earlier and ended up in the Tucson, Arizona, region after departing Phoenix.

Just last week, the evening of Sept. 23, citizens of Tucson called local TV stations and made online reports about strange lights and a triangle-shaped object that did not resemble military or commercial aircraft.

MORE ARIZONA IN “THE EVENT?”

Will Arizona continue to play a role in “The Event?”

The beautiful and diverse landscapes in the state provide plenty of opportunities for authentic backdrops in TV and movies.

There is a rich history of TV and film production in Arizona going back to John Ford’s western movies of the 1930s.

Sedona, Arizona, is not only famous for its red earth, majestic red rock outcroppings, hiking and beautiful resorts, but also the accounts of unusual energy “vortexes” in the area, possibly related to quartz and iron deposits in the geology of the region. Do these create some kind of electromagnetic anomaly?

There are also tales of unusual metaphysical happenings around Sedona as well as in the Red Rock Secret Mountain Wilderness Area north of town.

In the film, Arizona settlers and local Apaches unite against hostile ET invaders. Harrison Ford, Daniel Craig and Olivia Wilde are among the cast.

A memorable 1995 episode of “The X-Files” involved FBI agent Mulder uncovering a train car buried on the Navajo Nation. In the rail car are apparent extraterrestrial bodies.

Although the “Anasazi” episode was actually meant to be set on Navajo land in New Mexico, most of the Navajo Nation occupies the far northeastern corner of Arizona and extends across state lines in the Four Corners area. Hopi, Apache, Ute and other Native American Indian groups also live in the region.

And, who knows, further developments about UFOs and other unconventional phenomena may occur in the Arizona region that take us a step closer to understanding the same kind of scenarios being presented in “The Event.”