Two new examinations of the UFO situation may provide increased insight and understanding for much larger audiences.

Journalist Leslie Kean’s book “UFOs: Generals, Pilots and Government Officials Go on the Record” goes on sale Aug. 10, 2010, and is being praised as thorough and professional reporting on this mysterious topic.

The planned feature film “Majic Men” is based on the research and books of physicist Stanton Friedman and investigator Donald R. Schmitt. Producers Don Most and Bryce Zabel are helping lead this project.

Kean’s book and the “Majic Men” movie, along with an increasing number of responsible, intelligent and fascinating media explorations of the UFO subject, are sure to improve public awareness and expand our perception of the possibilities involved.

By doing so, our readiness and preparedness to deal with certain possible or probable situations of this kind will be enhanced.

Kean has worked as a journalist for major newspapers and has a rich background in investigative journalism. She has had a longstanding interest in the UFO phenomena, having conducted in-depth research on the subject for a decade or more.

As the book title indicates, she focused on interviews with high-level government officials from the U.S. and other countries as well as the American and international aviation community, military and civilian.

She provides more solid facts that further inform us about something real that is going on regarding UFOs.

The apparent secrecy and security surrounding this mysterious topic presented significant challenges even for an experienced investigative journalist like Kean. Human development, scientific advancement, international relations, national security or even planetary security are reported to be possible elements of this puzzling situation.

Her book description notes that, “Throughout, she presents irrefutable evidence that unknown flying objects – metallic, luminous, and seemingly able to maneuver in ways that defy the laws of physics – actually exist.”

Kean’s book has received praise from scientists, scholars, journalists and others.

Well-known physicist and TV science host Michio Kaku, Ph.D., wrote, “At last, a serious and thoughtful book about this controversial subject. Skeptics and true believers will find a treasure trove of insightful and eye opening information. This book is bound to set the gold standard for UFO research.”

Another respected physicist, Harold E. “Hal” Puthoff, Ph.D., said, “In these pages we are confronted head-on by the UFO phenomenon as revealed firsthand by highly credible government officials and military aviation experts. Their credibility and integrity cannot be questioned, and their firsthand observations cannot be ignored.”

He also added, “Leslie Kean provides a challenging analysis and she writes with penetrating depth and insight. The revelations in this book constitute a watershed event in lifting the taboo against rational discourse about this controversial subject.” Puthoff is director of The Institute for Advanced Studies at Austin.

John L. Petersen, founder and president of The Arlington Institute also pointed out that, “In an area of study where there aren’t many, this is a serious book. It is credible, clear, and compelling, without any farfetched jumps in logic and assumption. Leslie Kean not only makes the case for, but calls for, a whole new concrete and realistic perspective on UFOs that has more honesty and integrity than any other that I have read. This is a book for anyone with an open mind.”

Christopher C. “Kit” Green, MD, Ph.D., of Harper University Hospital and Ohio’s Wayne State University School of Medicine, also gave the book a thumbs-up. “Leslie Kean’s astonishing book is the finest piece of investigative journalism ever written on this subject. She has an incomparable ability to ‘give voice’ to a constituency of exceptionally qualified and unbiased first-hand observers. They are not from the fringe, not groupies, and not delusional.”

Green noted, “Rather, they are high-level military, intelligence, aerospace, and government officials who speak with authority while providing reports that document actual, physical craft. Kean’s book represents the first important step toward a new U.S. government openness about UFOs. It brings forward a reality otherwise buried for far too long inside official mystery, and elevates the discourse above that of small-minded public discussions.” 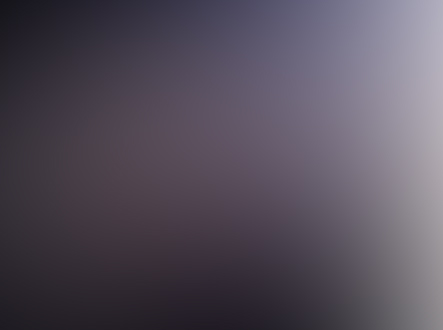 The “Majic Men” film project is based on the lives of Stanton Friedman and Donald R. Schmitt and their years of research into the so-called Roswell incident and circumstances involved in UFOs.

The titles of the book and movie reference an alleged secret group formed by U.S. President Harry Truman following the Roswell incident. The group is rumored to have been called Majestic, Majestic-12, MJ-12, Majestic Agency for Joint Intelligence or, simply MAJIC. There have also been indications of a security clearance level called MAJIC.

Stellar Productions, a southern California production company, has acquired rights to the stories of Friedman’s and Schmitt’s investigations.

According to a July 2, 2010 press release, Bryce Zabel, president and writer/producer at Stellar said, “Our film is about two down-to-Earth guys who are chasing a story that is literally out-of-this-world. Both Friedman and Schmitt are underdog American heroes, men who hate being lied to and will bear almost any burden to get at the truth.”

The press release also explains that the film will focus on lives of Schmitt and Friedman “as they continue investigations from the late 1970s to our near-present day, revealing how the original UFO secret was handled. What they discover is an intense five-year-period from the Roswell crash of 1947 through the briefing of President Dwight Eisenhower in 1952.”

“The screenplay for ‘Majic Men’ will be written by Zabel, winner of the 2008 Writers Guild of America award for the Hallmark miniseries, ‘Pandemic,'” according to the press release. “He has written feature film scripts for Warner Bros., Universal, Fox, Disney, and New Line.”

“His work in the UFO field includes creating the NBC drama series, ‘Dark Skies’ (scheduled for DVD release in January 2011), writing and producing the Sci-Fi Channel original film ‘Official Denial,’ and working on the development team of the Spielberg series, ‘Taken.'”

The press release also noted, “The production team’s Don Most, although best-known for his work on the popular sitcom ‘Happy Days,’ is also a long-time activist in the movement to end UFO secrecy. He recently produced and directed two feature films, ‘Last Best Sunday’ and ‘Moola.'”

Most said, “‘Majic Men’ is as much about the investigators as it is the investigation. Audiences are going to find both their hearts and their minds opened when they watch it.”

“Stellar Productions may partner with another production company or studio to develop the ‘Majic Men’ project. Additionally, a new non-fiction book, also titled ‘Majic Men,’ is expected to coincide with the release of any future film,” according to the press release.

If you would like more information or to purchase this book on amazon.com simply click on the book’s title: UFOs: Generals, Pilots and Government Officials Go On the Record