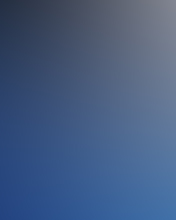 Is there room in Earth’s orbit for both extraterrestrial spacecraft and a new wave of human commercial space planes and space stations?

UFO pilots will need to keep an eye out for a new generation of commercial space planes that will soon be taking passengers into space on suborbital trips above Earth’s atmosphere.

Commercial spaceports have already been started and more are being considered in various international locations.

Just recently, Virgin Galactic’s SpaceShipTwo space plane successfully completed a test flight over the Mohave Desert in southern California. It soared from an altitude of approximately 45,000 feet and landed safely at the Mojave Air and Space Port, the headquarters of Scaled Composites, the plane’s builder.

Meanwhile, another facility called Spaceport America in southern New Mexico is continuing to move forward. It boasts a state-of-the-art launch facility and has customers such as Virgin Galactic, Armadillo Aerospace, Lockheed Martin, UP Aerospace and Moog-FTS.

Canada is also considering construction of commercial spaceports, according to published reports. The Canadian Space Agency is reportedly considering Nova Scotia’s Cape Breton as well as Fort Churchill in Manitoba.

In another recent development, “Avatar” producer-director James Cameron went on a low-gravity flight on Oct. 9 called the ZERO-G Experience. Along with several other people associated with the X PRIZE Foundation, Cameron took the flight to help raise funds for the organization.

They took off from the Van Nuys airport in the Los Angeles area for the ride aboard the special plane owned by Space Adventures.

Cameron and his associates flew on a Boeing 727-200, the same kind used to train astronauts about reduced gravity. The plane flies 15 “parabolic arcs” to create zero gravity as well as the gravity on the Moon (1/6 of Earth) and Mars (1/3 of Earth).

The X PRIZE Foundation states that it has “a mission to create radical breakthroughs for the benefit of humanity” and that the foundation “is an educational nonprofit organization that creates and conducts large-scale, international prize competitions that stimulate investment in research and development worth far more than the prize itself.”

Dr. Peter H. Diamandis, chairman and CEO of the X PRIZE Foundation was also aboard the flight. He noted that, “Entrepreneurs and innovators are creating technologies which are making spaceflight affordable … whether it is flying aboard a Zero-G flight, a suborbital flight into space, or a private flight to orbit.”

“On Saturday’s weightless flight we gathered six X PRIZE Trustees and 20 philanthropists who believe we can use incentive prizes to drive radical breakthroughs for humanity,” Diamandis stated. “The funds raised during this flight will help us design and launch audacious future X PRIZEs which will help humanity expand beyond the bounds of Earth.”

Moviemaker Cameron pointed out that “The rapid acceleration of technology is enabling small teams to conduct exploration that was only possible by national governments. The X PRIZE Foundation helps to set and incentivize audacious and worthy targets.”

When the suborbital space industry gets fully underway in the next few years, seats on the multi-hour flights are expected to cost about $200,000. However, those prices may come down as more competitors begin successful flight operations

But suborbital flights are not the only commercial space activities on the drawing board.

Boeing’s new CST-100 space capsule will have room for seven passengers and will be launched atop rockets now in development.

The CST-100 is expected to take over many of the crew and cargo transportation missions previously conducted by the Space Shuttle, including trips to the International Space Station as well as new commercial space stations in low Earth orbit now being readied.

Space travelers and researchers may be able to book a flight aboard the CST-100 and make a round-trip home, or stay aboard new commercial space stations being developed by companies such as Bigelow Aerospace, a Las Vegas-based firm.

That company plans to offer lengthier stays in its low Earth orbit space stations for scientific researchers as well as other types of customers.

Bigelow Aerospace appears to be the leader in commercial space station development, using a special design acquired from NASA that uses a unique inflatable structure and sturdy, robust, high-tech materials to enhance safety.

What other advanced technologies are in the pipeline for commercial space stations, new spacecraft and suborbital space planes? We can only imagine.

Yet, it seems clear that commercial space travel is well on its way.

Within a few short years, a very active commercial space industry will be making trips into space that expand our opportunities and our perspectives about the universe and planet Earth.