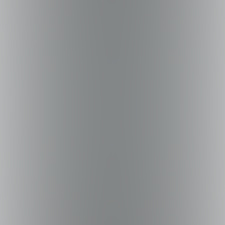 The article, posted on MSNBC.com, is titled “UFO book based on questionable foundation.”

Oberg is a 22-year veteran of Houston’s NASA Mission Control in Houston and has written books himself on the subjects of space exploration and space policy.

A main element of his article is that military and civilian pilots are not necessarily the reliable observers we might think them to be.

Oberg asks, “If we trust pilots to carry us through the air safely, and to guard our nation’s skies, then why can’t we trust what they tell us about their encounters with unidentified flying objects?”

When UFOs are sighted and sometimes officially reported, he also asks, “And because the primary witnesses are pilots, the accounts are considered more credible than run-of-the-mill UFO reports. But are they really?”

Oberg wrote, “Kean asserts that pilots are the best describers of aerial phenomena. ‘They represent the world’s best-trained observers of everything that flies,’ she writes. ‘What better source for data on UFOs is there? … [They] are among the least likely of any group of witnesses to fabricate or exaggerate reports of strange sightings.'”

Oberg also noted, “Experienced UFO investigators realize that pilots, who instinctively and quite properly interpret visual phenomena in the most hazardous terms, are not dispassionate observers. For pilots, a split-second diagnosis can be a matter of life or death – and so they’re inclined to overestimate the potential threats posed by what they see.”

This might raise a question: Even though a pilot would be obviously concerned about a safety threat to their aircraft, passengers and themselves, does that mean they are typically misunderstanding what they see?

He adds, “One of the world’s first genuine UFO investigators, Allen Hynek of Northwestern University, came to believe that some encounters really could have otherworldly causes. But he was much more skeptical about the reliability of pilot testimony.”

Hynek is certainly a widely-respected individual. At the same time, some people might say that because he was employed by the U.S. government during the “Project Blue Book” years, he may have had various sensitive responsibilities that could have included explaining away or “debunking” UFO sightings.

Oberg reports that a Russian UFO research effort also determined that pilots can make errors in their sightings of object in the air, including of military or weather balloons.

He also notes that Ronald Fisher at the International Forensic Research Institute at Florida International University in Miami believes that witnesses, including pilots, can sometimes interpret “raw sensory impressions” in ways that could be inaccurate.

Oberg quotes Fisher as saying, “Once they start focusing on their interpretation, that will color the memory of their perceptions. Pilots are susceptible to overinterpretation, especially of vague, rapid and unclear experiences.”

We could reasonably conclude that there are some or even many cases where military and civilian pilots misinterpreted what they saw.

However, there seem to be many UFO incidents involving pilots where this does not appear to be the case.

WHAT ARE PILOTS SEEING?

Oberg also points out that, “UFOs are often reported as maneuvering intelligently, and Kean argues that a particularity of the different types of maneuvers reported by pilots serves as proof that UFOs are real and are acting with intelligence.”

“But that logic actually ends up supporting the idea that a pilot’s circumstances affect what he or she reports seeing,” he says.

Oberg quotes Kean’s book from her passage that states, “One crucial point I have noted, which is shown in Weinstein’s study, is that a UFO’s behavior tends to depend on whether the encounter involves a military aircraft or a civilian passenger plane,” according to Kean.

Oberg explains that the “Weinstein List” is a 2001 study of 1,300 pilot UFO reports from French researcher named Dominique Weinstein.

He also says that Kean wrote in her book, “Neutrality usually seems the general rule with commercial airlines or private planes, whereas an active interaction often occurs between UFOs and military aircraft. Military pilots usually described the movements of UFOs as they would air maneuvers of conventional aircraft, using terms such as follows, flees, acute turns, in formation, close collision, and aerial combat.”

Oberg also quotes from Kean’s book, “These incidents clearly demonstrate that in no way are these examples of natural events, but rather that UFOs are phenomena with a deliberate behavior. The physical nature of UFOs has been proved.”

However, Oberg has another point of view. “But a much simpler explanation makes more sense: The difference is due to ‘observer bias.’ People see what they expect to see, and combat pilots expect to encounter combative bogies. Civilian pilots mostly fear accidental collisions.”

Oberg says, “The different behavior that is perceived by the two categories of pilots doesn’t necessarily mean the unidentified flying objects themselves behave differently. It’s more likely that different kinds of pilots draw upon differently developed instincts as they react to perceived threats – and thus they bring different interpretations to stimuli that are actually similar.”

Of course, this does not address the issue that many civilian pilots are also former military pilots.

Additionally, Oberg continues to make his overall point that pilots are just not consistently reliable observers – at least when it comes to strange objects in the sky, such as UFOs.

Oberg wrote that, “UFO reports that are linked to rocket launches or booster re-entries are relatively easy to explain, because the location and timing of the events can be correlated with the accounts from startled and mistaken witnesses. For other stimuli, such as fireball meteors, secret (or illegal) aircraft operations or natural atmospheric displays, documentation of their transitory existence usually doesn’t exist.”

In other words, he appears to make the point that just because a pilot sighting cannot be explained, it does not make it an extraterrestrial spacecraft or some other highly unusual phenomena.

“If investigators are unable to find the explanation for a particular UFO case, that doesn’t constitute proof that the case is unexplainable,” Oberg wrote. “Not finding Jimmy Hoffa isn’t proof he must be on Mars,” he said.

Oberg concludes his article on the same track by saying, “So the ‘not proven’ assessment makes it even more important to keep our eyes and minds open – to vigorously observe, accurately perceive, and precisely relate unusual aerial perceptions.”

He points out, “Something really new could still be discovered. Or something critically important could be masquerading, by accident or design, in a manner that leads too many people to pay too little attention.”

“Accepting every UFO claim uncritically or rejecting every claim automatically would be equally unjustified. And quite possibly, equally harmful,” he wrote.