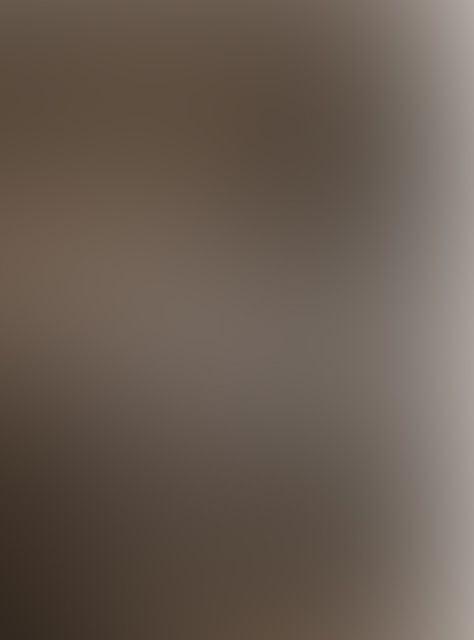 In the bitterly frozen winter of 1777 as the future of the United States hung in the balance, General George Washington, the father of our nation, pondered his dwindling options. His 12,000 man Continental Army was ill equipped, in rags, and starving. His staff officers were contemplating impending surrender. He had just received news that a much needed shipment of supply wagons had probably been turned back by Congress. Valley Forge was the scene of one of the most desperate moments of the American Revolution.

General Washington sat in a two story house being used as the headquarters for the Continental Army and read the bitter message delivered by a courier horseman, accompanied by Colonel Danforth and French Commander Lafayette, who was suffering from a leg wound, news of a failed shipment did not set well. The war had come to its most desperate juncture. Morale of his beleaguered soldiers was at an all-time low. Would the new nation survive as Washington begged Congress for more appropriations to fund the war effort against the British? Each month the Continental Army was losing 500 men to sickness and exposure. A grim realization was emerging.

Washington left his command quarters to step out into the cold night and, followed by his horse, kneel down on a place in the snow with his hands clasped together. He prayed to God asking if he was fit to make a decision that affected so many lives. Then he asked the Lord for his help. Suddenly before him on the frozen snow covered ground he saw strange images that made him sweep the snow with his hand in astonishment. He then noticed a presence and the voice of someone standing very near. George Washington looked up in surprise to see an Indian Chief who had opposed him along with the French in a battle of the past.

At the battle Monongahela River under the command of British General Braddock, a deadly skirmish that occurred from a combined Indian and French ambush decimated the ranks of the English. In the battle the young officer George Washington had two horses shot out from underneath him as British soldiers fell and horse mounted officers were picked off by Indian sharpshooters. Yet, with more than fifteen shots fired at Washington as he tried to re-assemble his troops, the enemy failed to bring him down.  General Braddock, Washington’s superior officer was killed as were reported numbers of soldiers as high as 800 in the course of the surprise attack.

Later it was found that there were four holes in Washington’s uniform coat, and two holes in his hat. In over 200 battles that he participated in Washington was never even scathed!

The Indian Chief there at the battle of Monongahela in 1755 had ordered his rifleman to take out Washington then admitted he had finally ordered his braves to cease fire as this man was being protected by the Great Spirit and was not destined to be die by any bullet. In view of the number of engagements that Washington had fought in, it would seem that this claim was true. The Indian Chief told the discouraged General Washington that he would succeed, that the general of the rag tag Continental Army would become a much remembered leader of a great empire that was to come. Now he inexplicably stood face to face with General Washington in the bitter cold of the night. Suddenly a noise startled Washington and he turned to see what had happened.

No trace is left

The Chief had vanished, but even stranger was the untouched snow that Washington noticed where the Native American chief had stood. There were no footprints! George Washington felt the icy cold ground where the Indian had been in disbelief! He returned to his command quarters bewildered. The general ordered a meeting with his staff officers at 9 o’clock that night as he strode into his office. As officers mumbled among themselves about the impending disbanding of the Continental Army and the supposed promises made by the British that the Colonists would be granted all their grievances except for their independence, the general sat in his chair next to the fireplace and leaned his weary head against the high-back, closing his eyes he dozed momentarily.

Vision of the future?

A vision assaulted Washington’s senses as he sat. A wave of clairvoyance washed over his mind as General Washington’s eyes rolled in his head with the REM (rapid eye movement) experienced in the dream state, but now futuristic images were illuminating this leader of the ragged Continental Army. As the assembled staff of officers poured through the door of the command headquarters, General Washington stood firmly and confidently issuing orders that astonished his expectant young officers. The American General astonished his subordinates by ordering them to motivate the soldiers with projects to keep them busy and engaged while proclaiming that they would prevail over the British and victory would be theirs!

When a couple of the staff officers tried to inquire to what great event or development had the General derived so much inspiration from, Washington replied nothing had changed, but that they themselves would change the course of events with their own actions there and then, and he dismissed his men. French Commander Lafayette limped over to Washington crutches beneath his arms and excitedly asked the general what had happened to elicit such enthusiasm. George Washington confided in Lafayette of the incredible vision that he had experienced! The Frenchman had encouraged Washington all along not to surrender, not to capitulate to the British, now he could see that the General would indeed not cave in. The future was in the making!

Prediction from a dead man?

To make matters more eerie, when George Washington told Lafayette of the strange encounter he’d had with the Indian Chief who has opposed him at Monongahela, he suddenly remembered that he had been informed of the Native America’s death from illness some three years before! Once again, the mystical significance of Washington’s experience shined through. By sheer providence, Lafayette reasoned, the General was fulfilling his destiny. Fate had ordained it. The unknown had intervened once again in the course of human events, and this seemingly vague account of unusual origin is the prelude to something much greater.

That same fateful night that would change history forever, another supernatural miracle occurred. As Washington addressed some disgruntled soldiers who were ready to desert after they huddled around a fire in a barn and complained of the conditions they could no longer endure, they were confronted by the General. Rather than have them reprimanded or detained he let them go, but as Washington turned to leave the building, a soldier, delirious from a fever pointed at Washington from near point blank range and fired his pistol!

Another bullet fails to hit its mark

The soldiers there gasped in awe to see Washington untouched by the blast of the single shot dueling handgun as the afflicted man brushed past him still stammering in the depth of his delusion. This time General Washington stared back at his astonished men and then walked away unhurt heading for his quarters stunned by yet another inescapable coincidence. Another miracle of providence had taken place on that obscure yet significant night in the history of this nation. Had angels protected George Washington from harm? Had destiny assigned the great American General with a mission that would not be defeated, or was the Indian Chief right, that the “Great Spirit” was watching over George Washington because fate would not be denied?

History is pock marked by the strange rumors and myths that revolve around the actions of great people who had an incredible influence in the outcome of the human affairs. It seems that some of these exaggerations reach legendary proportions while others turn out to be the undeniable facts that not only contradict our expectations of the norm, but confound us when such ethereal happenings are documented by witness testimony or corroborating evidence.

We know that George Washington fought in some 200 battles and was never wounded. We know that he was indeed a great leader and won against all odds against a superior British Army and Navy. We know that his coat had four bullet holes inside of it after the battle of Monongahela and his horse had been shot out from under him twice as French and American Indian rifleman fired away at him from short distances. A witness, who was captured after the battle, Mary Ingles, testified that two French fur trappers who took part in the battle she overheard saying that Washington has amazingly dodged so many bullets that terrible afternoon. Once again as we explore the eccentricities of history we are forced to accept the unknown influencing the outcome of historic human events.