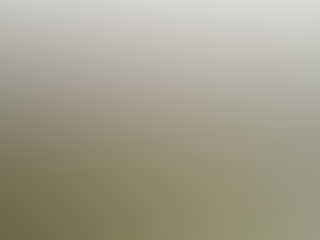 The cliffs of Makapu’u offer a scenic view of the eastern shores of Oahu. It is there that Madame Pele last stayed before moving on to the Big Island. People sometimes see an old lady in white hitchhiking along the highway there (as well as the Pali highway). That is the human incarnate form of Madame Pele and it is said you need to show her respect and kindness by offering her a ride. She will usually go along for the ride before disappearing into thin air. Failure to offer the ride may have serious implications. Makapu’u is also a place known for the Akua’lele (flying god). These are fireballs said in lore to be powerful conjured up spells from one who practices the ancient ways of Hawaiian sorcery.

Beware the birds! When spending the day at the beach, beware the birds. Why? Well, I ordered a chili dog, black bean veggie burger for Deanna and rice. The birds swarmed us and went after my rice. The waitress tells me that it’s not legal to feed the birds. I didn’t feed them, they fed themselves. Deanna had fun chasing the crabs off the rocks along the beach and chasing the lizards that are seen in our hotel garden.

THE BLONDE CLONES?
Deanna and I, while enjoying the ocean waves at Waikiki Beach noticed something unusual. We noticed 4 blonde haired men with pony tails that looked exactly alike! One was practicing martial arts by himself in the nearby park. One was talking to a girl, one was surfing and one was staring into the ocean. Deanna pointed this out to me and I was flabbergasted, these 4 men all looked the same and had the same hair style. Were these 4 dopplegangers?

2/4/2015:
More fun at Waikiki Beach! When in Waikiki, make sure to visit the Honolulu Zoo. We did and we loved it! It’s located at 151 Kapahulu Avenue. Stopover at Pearl Harbor and of course, a stop-over at Honolulu Ross and Honolulu Wal-Marts…sigh.

DIAMOND HEAD VOLCANO MERMAID:
Diamond Head Volcano is a sight to see. I once went to the top of this volcano in a Moped. Charles Watkins a tourist makes claim that he once saw a mermaid at the base of this volcano and when he approached the mermaid, she jumped into the ocean and swam away, she had long black flowing hair.

2/5/2015:
North Shore and Circle Island Tour. Deanna and I, go with a tour group to the famous North Shore of Oahu. Driving over the Ko’olau Mountains to the windward side, the first stop is the fabled Valley of the Temples where we visited the picturesque Byodo Temple located at the base of the stunning 2,000 foot lush green cliffs. Then we headed down the scenic shores of Kabana Bay arriving at Laie Point and checked out the native plants and wildlife. Then we saw the breathtaking views of Kukui-boolua Islet. We visited a shrimp farm, we saw endangered water birds, including the black neck stilts, Hawaiian coots and Moorhens. We visited Sunset Beach and watched the high rolling waves that seem to captivate the tourists. We head over to the legendary Waimea Bay and looked for green sea turtles. Deanna and I could not locate any, but the tour guide along with one other couple found a couple and did not tell anyone!! For shame, he gets no tip!

We later see the historic village of Haleiwa – home to many surfers and artists. Last stop, the historic Dole Plantation. Special Note: Start time was 12:30pm. End time: 6:30pm. We had to meet the Oahu Nature Tour at the Ala Moana Hotel – 410 Atkinson Drive 808 924-2473 Confirmation # 854013. After the tour, Deanna and I, relaxed and watched the movie called: Nightcrawler. Excellent movie!

While visiting Honolulu, we saw ‘Stairway to Heaven’ that was built in 1943, this was the stairs that would lead people to the first radio transmitter on the island. It was for submarine deployment. The stairs is the most incredible thing you will ever see, how could anyone climb miles of stairs like this?? We saw the Temple of the Phoenix, Valley of the Temples and Windward Mortuary.