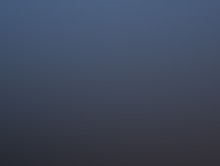 The subject of contact with intelligent extraterrestrial beings seems to steadily be gaining more credibility in mainstream media outlets, thanks to increasingly responsible journalism.

In the Sunday, Sept. 12, edition of Phoenix’s The Arizona Republic daily newspaper, an excerpt from the new book by journalist Leslie Kean was printed in the “Viewpoints” section of the paper.

Kean’s book “UFOs: Generals, Pilots and Government Officials Go on the Record” has been praised by scientists and others who have looked carefully at this subject.

On pages B-11 and 12, the Sunday Republic printed an excerpt from the book that dealt with the 1997 so-called Phoenix lights incident, which is of special interest to Republic readers in Phoenix and throughout Arizona.

Accompanied by a large beautiful photo of deep space was the article headline, “What if we are not alone in the Universe?” Two sidebar articles that carried over on page B-12 were brief Q & A pieces discussing the topic with Kean and former Arizona governor Fife Symington who has stated he saw a huge craft overhead that night.

By applying professional journalistic standards to this interesting yet unconventional topic, the Republic stands out as a model of forward-leaning journalism.

Coverage of the general topic of UFOs and extraterrestrials includes relevance not only to everyday current events such as the launch of a new book, but is specific to science journalism, society, education, human development and the creative community involved with media such as TV and film.

NBC’s upcoming series “The Event” beginning Monday, Sept. 20, looks like it will be a good example of creative media treatment of this topic.

And, the Republic sets a good example for other media outlets, reporters and journalism students, such as those at Arizona State University’s Walter Cronkite School of Journalism and Mass Communication at ASU’s new downtown Phoenix campus.

Of course, what particularly interested Phoenix citizens and Arizonans was the excerpt from Kean’s book on the 1997 sightings. Sections from the excerpt can help us get a better grasp of that interesting night:

“It was March 13, 1997, a pleasant spring evening in Arizona, clear and still. Countless families were outside in larger-than-usual numbers gazing at the sky because Comet Hale-Bopp was to be visible that night.”

“Instead, beginning about 8 p.m, they were provided with an even more astounding aerial spectacle: a series of massive, eerily silent craft gliding overhead.”

Note that she says “a series” of craft. This is because there were reports that more than one strange craft flew over the Phoenix metro region’s “Valley of the Sun” that night.

“One central object moved from the north, southeast across the state, traveling about 200 miles from Paulden to Tucson, passing near Phoenix and surrounding communities. It was on display from 8:15 p.m. to 9:30 p.m. Many hundreds – more likely thousands – saw it that night.”

“Police phone lines were jammed, and Luke Air Force Base was overwhelmed with calls. Reports of sightings from around the state flooded the lines at the National UFO Reporting Center, a well-known Seattle-based repository for UFO reports cited in the Federal Aviation Administration manual.”

“Even so, air-traffic controllers apparently did not register the strange objects on radar. Although descriptions of the array of lights differed, one overriding characteristic prevailed: The craft was massive; it was a solid object, not merely lights; and it often appeared to be low in the sky, blocking out the stars behind it.”

Kean also makes a statement that we may want to consider carefully, because she reports only on information that is public knowledge.

“No government officials were dispatched to investigate or respond to questions from alarmed and awestruck citizens. To put it bluntly, the federal government failed to react to the presence of something huge and unknown invading restricted airspace over a capital city in the United States.”

Would any of us be surprised if, in fact, the U.S. Defense Department, NASA or elements of the intelligence community did discreetly investigate this case? Would it surprise us if they had additional knowledge of what happened that night, but keep it classified?

Kean also provides an interesting overview of local and national media coverage of the incident.

“Minimal coverage was provided at the time of the incident by the media, even in Phoenix, with a few local papers and news stations making note but few following up.” Kean said.

“Three months later, on June 18, that all changed when USA Today brought the case into the national spotlight with a front-page story. It was further catapulted onto the network evening news when the sightings were covered, although minimally, by ABC and NBC, and became known as the Phoenix Lights.”

In one of the two Q & A sidebar articles, Kean addresses the call for a federal government office to investigate UFOs. And again, it seems natural for us to speculate about the many reports of longstanding and robust U.S. government research and monitoring of this situation, possibly beginning in the World War II era. Such a group or several groups may have been created decades ago.

Q: Why are you pushing for creation of a government agency to investigate UFOs?

A: Even if there is only a 5 percent chance we are actually witnessing visitations from another planet, why would we not want to find out? How could we turn away from the possibility of making that kind of discovery? And so far we have, because we haven’t been proactive and put resources into getting to the bottom of the mystery. Such a discovery could significantly change our perceptions of ourselves and impact the evolution of our civilization – no matter what it turns out to be.

Q: Which U.S. agency would you like to see take oversight of such investigations?

A: I have a feeling it will end up somewhere within the Department of Defense, but we really don’t know yet. Our vision is that once this agency is established – a small office that would not cost much – it can work on making resources available to scientists. I’m convinced scientists who are smart enough to build 5-mile particle accelerators to smash atoms while discovering what’s going on in distant galaxies are also smart enough to develop a methodology involving the necessary technology to determine what these things are that are repeatedly being documented in our airspace. [End of Kean Q & A]

The Republic’s brief Q & A with former governor Symington was also interesting. The article noted that, “Symington, a pilot and former Air Force officer, has become a national figure in the debate over UFOs ever since revealing in 2007 that he had seen a massive, delta-shaped craft 10 years earlier – the so-called Phoenix Lights.”

Q: Could you describe your own experience in seeing a UFO in 1997?

A: Whatever it was, it was huge and lumbered quietly across the Valley. It had embedded lights and was really fascinating. Apparently, it traversed from the northwestern part of the state and came right across the Valley and headed southeast.

Thousands of people saw it. I made the comment at the time that maybe Boeing or some other operation had something going in the Skunk Works. The only problem with that was it was bigger than anything I had ever seen. And if we were developing some sort of secret aircraft, why would we be flying it over metropolitan Phoenix?

I went (looking for it) when all the hoopla was on the radio. I drove down to (Squaw Peak, now Piestewa Peak) off Lincoln. There were a bunch of people out there; everybody saw it. I drove home and Ann (his wife) looked at me and said, “You look like you’ve seen a ghost.” And I said, “Well, I’m not sure what I saw, but it wasn’t a ghost.”

Q: If you speculated, what was that craft? Extraterrestrial?

A: I think that’s the only explanation left. It shouldn’t be a surprising conclusion. Even the great minds of this world, like Stephen Hawking, recently wrote that the universe is a big place, that the mathematical odds that there is life in the universe, that civilizations much more advanced than ours exist, are very high. (Hawking) made a wry comment, though. He said we better be careful about what we wish for because you just never know if they will be hostile.

Q: Did your sighting change your philosophy of life?

A: I’ve always been open to the idea, never looked at it with a sense of ridicule. If wayfarers in space are passing by our planet occasionally, I’m such an optimist that I think they are probably quite likable … [End of Symington Q & A]

Symington makes some key points about whether ET visitors might be friendly or hostile. If there has been secret research into this situation over the decades, maybe someone somewhere knows the answers. It could be that some visitors could be friendly, while others might be hostile. Some might have agendas that are neither, but would be very strange to us.

As the public considers these interesting possibilities, it seems clear that more examples of responsible and professional journalism on this topic will be helpful for us on many levels.