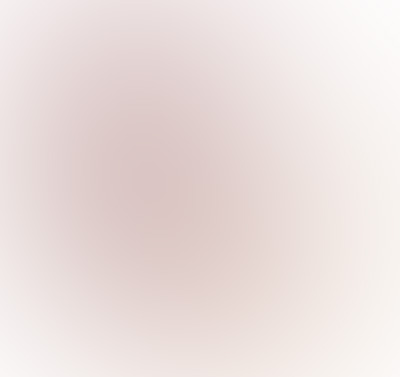 Talismans and medallions have been used since ancient times as powerful objects. These objects, usually worn as a necklace, ring or wearable jewelry are said to be possessed with spirits, incantations and charms.

An amulet is an object meant to protect the wearer or one holding onto it. It has natural protection energies. A medallion is a large medal. A talisman is an object marked with magic signs and believed to confer on its bearer supernatural powers or protection (Yahoo Dictionary). A talisman has to be enchanted usually for its powers to work.

The use of these charms can be dated back to when people first started to wear clothing. The use of amulets and talismans was popular practice at least thousands of years before Christ. In ancient hieroglyphics, we can see the wearers of amulets depicted. Because an amulet can also be carried, some have been found in burial sites with the person to whom it belonged especially in Egypt and because these charms harbor some sort of good energy, their benefits are thought to carry into the afterworld.

Amulets can be found in many different shapes. Sometimes they represented animals, magical symbols and also deities. This person would find strength and courage when they thought of their amulet and it would help guide them through difficult times. Just to touch the amulet would bring a feeling of comfort in a difficult situation. The Christianized use of the amulet can be represented in rosaries, where the user inflicts spiritual energy and prayers into the object. The use of the rosary has been in practice since approximately 1200 years ago in Ireland, by the chants of Irish monks.

The reason that a talisman, amulet or medallion is useful in banishing curses is because they have an ample amount of good energy inside of them to negate the evil energies set to attack them. The power is stronger within you and your faith than the evil set loose in the world.

The symbols and deities may not even necessarily have to be real to anyone except you. There is an unwritten bond between your spirit and the living world. It is like a chemical bond. Your spirit is living in another world than you. You are in the world of material and your spirit is connected to the other world and always has been.


Medallions have been around since approximately 1650. A medal can be awarded for acts of valor, and notoriety in military and scholastic areas of life. A medal is basically any medal or ovoid object. A medal can be worn as a good luck charm as well. There is a type of enchantment over these objects as multiple peoples have purposely created this. You could recognize someone of high honor through the medals on or around them. These people are often of authority, and have the protection of the state such as police officers, military persons and more. The state or country in a sense has a spirit of its own.

A talisman has very magical properties. In order to invoke the power of a talisman you must use exact magical symbolism and shapes to attract the right spirit. A talisman is most powerful when created by the one who wears it. A popular talisman is represented as the Seal of Solomon, although its use is before his time. This is the point in history when it becomes more popular. It is two triangles interlacing, one upside down to form a six sided star. Imagine two triangular ufos landing on top of each other and light comes through in a circular way. These sorts of visual exercises are what help to bring these objects to life. It is the essence of fire and spirit. This talisman was the ultimate one being able to guard against evil and misfortune even death. In modernized days it is a symbol of wisdom, love and truth.

Amulets, Talismans and Medallions are great ways to protect you. Their use is fused with a lot of history and mythology and even though science cannot prove good luck or spiritual elements, a sense of calm and peace is usually placed on through the jewelry by the wearer. Stress relief has a profound physical effect on you brought on through thoughts and actions of the universe. Also, many spirits and your ancestors can recognize the symbols that you use and understand that you need guidance. It can help you think clearer, see into another world and also live by the laws of attraction that are put into place by the universe.