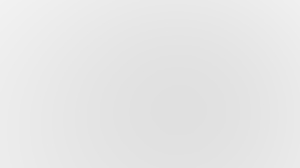 Journalists who have a reputation as solid investigators with open minds, common sense and constructive viewpoints may show excessive arrogance when it comes to unconventional phenomena such as UFOs, advanced human awareness (extrasensory perception) and other leading-edge areas of research.

A case in point is the Aug. 20, 2010, column by David Corn, posted on PoliticsDaily.com, in his “Deep Background” article titled “Where Are All the UFO Photos?”

Corn is Washington bureau chief of Mother Jones magazine and was The Nation magazine’s Washington editor for twenty years. He has written for many major American newspapers, magazines and online platforms.

He begins his article with a common but reportedly erroneous premise – that no legitimate photos have been taken of anomalous objects in the sky.

Corn wrote, “In recent years, the world has exploded with photographic and video equipment. There are about 5 billion cell phones in circulation throughout the world – many, if not most, equipped with still and/or video cameras.”

“And there are millions, if not billions, of easy-to-use video cameras in circulation, as well as billions of still-picture cameras. Essentially, billions of people are able to snap or otherwise shoot the least bit interesting thing that happens at a moment’s notice,” Corn wrote.

“So with all this gear in use, I’m wondering, why has no one captured clear and unambiguous evidence of UFOs from outer space? And why have none of the humans abducted by aliens flipped out their Flip video cameras and shot a minute or two of the historic moment – and later uploaded it to YouTube?” he asks.

Corn is the co-author of “Hubris: The Inside Story of Spin, Scandal, and the Selling of the Iraq War.” Is he demonstrating his own hubris now – excessive pride or self-confidence, or arrogance?

Or, as a progressive journalist, does he feel a need to be “conservative” on this topic? Is he simply coming across as a know-it-all?

In these questions we get to the psychological aspect of the UFO phenomena and other unconventional scientific topics. Denial and a reluctance to think outside of the box can be a real dilemma for journalists, scientists, defense experts and people in many walks of life.

Yet, it is a common trait that is particularly evident in relation to certain unconventional subjects.

Corn continues in his column with the statement, “As each year goes by in our easy-to-record era with no hard video or photographic proof, we have to ponder the possibility (or probability) that there are no UFOs visiting from out there.”

Again, he disregards the many credible photos that are part of the public record and is not taking into consideration photos not in the public domain, going back to World War II aircraft gun-camera photos of unusual “foo fighters.”

Additionally, non-photographic credible witness testimony, a large amount of solid information and many reasonable investigative indications on the subject of UFOs are apparently not taken into account by Corn.

Has he done his research?

He writes, “One key part of the grand swirl was UFOs: Roswell, Area 51, crop circles, cattle mutilations, men in black, abductions, Chariot of the Gods, and the government cover up of all this. Secret government seemed to be the name of the game. And what could be a bigger secret?”

“But nothing undermines conspiracy theorizing better than reporting. And after reporting in Washington for over two decades, I came to the conclusion that the government is generally not capable of mounting extensive and complex, years-long conspiracies that transcend administrations. The bureaucrats are just not that good, and risk-averse political leaders often don’t have the guts to do so,” according to Corn.

Corn might want to read the new book by respected journalist Leslie Kean, “UFOs: Generals, Pilots and Government Officials Go on the Record.” The book is recommended and praised by credible scientists, science journalists and others.

Kean’s thorough professional reporting on this subject far surpasses Corn’s apparent limited mindset on the topic of possible or probable visitation to Earth of other intelligent beings.

If he reads the book, Corn will see that there are many fine details and sensitive elements of the security measures that might have been established around the World War II era to deal with a scenario such as extraterrestrial and/or extra-dimensional visitors to our planet.

If Corn conducts his own more rigorous research using a robust variety of sources and resources, he might shed some of his own hubris and develop a more sophisticated and constructive perspective on this topic.

Psychological denial, ridicule and closed minds are probably not helpful for our human societies on planet Earth.

Now may be the time for further readiness, preparation, acclimation and education for all of us about this significant area of discussion.

It is undoubtedly a complex and sensitive area that has ramifications that could be far-reaching and profound. In fact, the unfolding nature of our understanding about the Universe or multi-verse, and our very consciousness, may be difficult and challenging.

Responsible journalists may want to step up to the plate and exchange denial and hubris for thorough research and greater insight. This is useful not only for journalists themselves, but also for the public who rely on today’s journalism for a legitimate source of information and perspective.