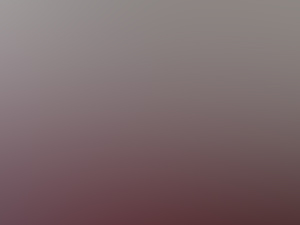 According to some researchers, one important reason for security about UFOs is the concern that information related to this topic could be upsetting or too disorienting for the general public.

Part of that thinking is reportedly the possibility that the situation could be more complex than simply one intelligent civilization traveling to Earth from their home planet to look around and make contact with humans.

The situation could involve new discoveries about multiple dimensions and inter-dimensional travel and phenomena. It could relate to time and space operating in ways that are surprising to us. In addition, there could be several kinds of beings and life forms involved in various kinds of anomalous or unusual phenomena.

Some researchers theorize that since the World War II era there may have been efforts to prepare and acclimate people about these kinds of new discoveries.

If so, then have movies, TV shows, books, articles and similar communication platforms adequately prepared us for what might be ahead?

According to authors Charles “Chuck” Bahme and William Kramer, the two main hazards are powerful anomalous energy fields and psychological impacts, including problematic public anxiety and subsequent behavior that could create public health and safety problems. Some of these safety issues are addressed in the section “Adverse Potential of UFOs.”

People interested in the UFO field as well as general public safety would be well advised to review this chapter. The authors are respected in their fields and have robust professional backgrounds and experiences.

We might expand on Bahme’s and Kramer’s UFO chapter to include other kinds of unusual phenomena that could also create concern or worry by the public.

What if some other kind of mass psychological phenomena took place? After all, recent discoveries in the field of human consciousness indicate that the deep human mind is still mysterious, as demonstrated by the research and operations of the U.S. defense and intelligence activity known as Project STAR GATE.

Things like extrasensory perception (ESP) and the connectedness of consciousness could be a bit surprising and disorienting if sudden tipping points or paradigm shifts occurred.

And, of course, things like human consciousness, multiple dimensions and UFOs could all be intertwined in some way that could be even more complex.

It might take a while for us to respond, adjust and get oriented while keeping our feet on the ground and our heads on our shoulders.

Some social scientists might conclude that the best approach to wide communication about some new discoveries would be a safe, slow, gradual process of education and orientation. Certain leading-edge scientific topics and forward-leaning research can be challenging to wrap our minds around.

Disclosure about various particular aspects of scientific and defense developments would seem to naturally be linked to public readiness and preparedness.

Books like “A.D. After Disclosure: The People’s Guide to Life After Contact” by Richard Dolan and Bryce Zabel, due out this month, may be an example of solid psychological preparedness. The new NBC TV show “The Event” could be another.

A smooth transition to new knowledge, understanding and even technologies seems to be a desirable outcome when it comes to public education about special scientific topics. In fact, in some important ways, certain new discoveries have not only important scientific and psychological aspects, but spiritual elements as well.

If we do face emerging unconventional situations, we might want to stay rooted in our basic human decency, our fundamental social and cultural touchstones, and even our sense of humor.

Authors Bahme and Kramer tell us in the conclusion of their chapter on “Disaster Control and UFOs” that planning, adequate resources and good leadership are all important for public safety professionals who handle many kinds of challenging situations.

This advice probably includes both the conventional and unconventional scenarios that could emerge.