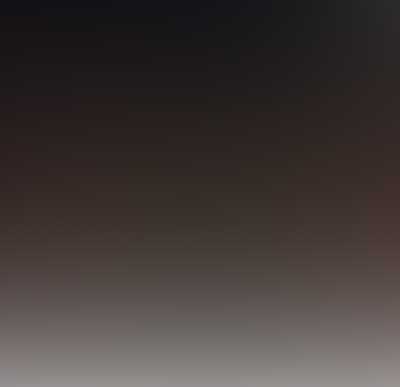 These subjects appear to be, at times, a confusing conglomeration that often seemed contradictory to each other.

Journalist Dale E. Basye promulgated that Oswald was hypnotized in Russia; Eric Ritzek claimed he used hypnotism on Oswald in America.There were many loose ends in the book.

By the time a reader got to the end of the book, much of it appeared to be confetti.  It would take some extra research by the reader to make further steps and further trails.  Alberelli had certainly gathered a lot of information, but he had done nothing to make sense of the chips as they lay.

An example of this quizzical magic involved in the Kennedy tales was the question as to whether Oswald was at a house party at the Ruben Duran home in Mexico City on October 1 or 2, 1963. There was always a question if it was really Oswald. Multiple descriptions seemed to indicate that it might be Oswald.

Adventurer and criminal Robert Clayton Buick claimed to have met Oswald at the Hotel Luma in late September, 1963. Oswald supposedly referred to himself as Alex Hidell (which was said  to be in another assassination book as an accepted code-name for CIA operatives). Oswald spoke of Kennedy as “going to get hit” and that “ultimate morality is to remove the head of the creature and replace it with another.”

While these statements seemed to indict Oswald as a knowing criminal in the planned assassination, we also knew that Intelligent Operatives hid behind fallacious “cover” stories at times in their “directives”; if, indeed, this person ‘was’ Oswald and not a doppelganger or “body double.”

In the notes on page 452, Albarelli quoted an email messages from Robert Clayton Buick on this matter:  “…Oswald was seemingly more revealing (in a sense) trying to tell me (in reality) to stop this plot to kill the President and I truly believe this after I have reviewed this encounter over and over again and researched his specific intent throughout the many years.”

This quote seemed to fit accurately the undercover aspirations of a covert Intelligence Operative trying to be a hidden spy in the plot.

During Oswald’s alleged trip to Mexico City in September-October, 1963 he met CIA operative June Cobb and Eunice Odio.  A former intelligence operative told Albarelli to heed the Rosicrucian Order. Odio had been Second Grade Superior of the Temple.  Albarelli found significance in the fact that the last book Oswald had read before the assassination of Kennedy was The Shark and the Sardines by Juan Jose Arevelo and translated by June Cobb and Raul Osequeda. The reason why Oswald, speculated Albarelli, held the book out of the library so long was Oswald’s prospective meeting with CIA Operative June Cobb and her Rosicrucian friends in Mexico City. The book was issued to Oswald on November 6, 1963 but not returned until February 1964.

The Rosicrucian Order was a secret society from the early 1600s and the Ancient and Mystical Order Rosae Crucis was founded in 1915. An esoteric order, the religion was said to have influenced the Freemasons. The Rosicrucians were followers of the Brethren of the Rose Cross, with origins that date back to the early seventeenth century. Well-known Mexican and Latin American people helped fill the ranks, as well as a history of secret societies in the world of spies and spooks.  Alberelli saw this as another synchronism.

(From a Christian anti-occult viewpoint, Uncommon Sense Media [2011, 01490383, http://usminc.org/rosicrucian.html] gave a thorough history of the Order.)

The plans to create a mind controlled worker society have been in place for a long time. The current technology grew out of experiments that the Nazis started before World War II and intensified during the time of the Nazi concentration camps when an unlimited supply of children and adults were available for experimentation. We have heard about the inhumane medical experiments performed on concentration camp prisoners, but no word was ever mentioned by the media and the TV documentaries of the mind control experiments.

Investigator Paul Dale Roberts, who was working in the Criminal Investigation Division (CID) and the Drug Suppression Team (DST) in May 1975, also held a Top Secret clearance in Special Background Investigation (SBI) as an Intelligence Analyst, and later received an H-Identifier with Opposing Forces (OPFOR).  Roberts discovered a Rosicrucian connection with infamous killers.

In an interview with the cousin (nicknamed by Roberts as Texas Slinger) of the nefarious killer Richard Munoz Ramirez (The Night Stalker), the cousin divulged that Ramirez was a member of the Rosicrucian’s.  Roberts additionally uncovered that Sirhan Sirhan, the murderer of Robert Kennedy, was also a member.  Sirhan allegedly had been a Manchurian Candidate assassin-tool.

“Mind control techniques can be used for political purposes. The goal of mind controllers today is to induce the targeted persons or groups to act against his or her own convictions and best interests. Zombified individuals can even be programmed to murder and remember nothing of their crime afterward.

“This ‘silent war’ is being conducted against unknowing civilians and soldiers by military and Intelligence agencies,” continued Luukanen-Kilde. “Since 1980, electronic stimulation of the brain (ESB) has been secretly used to control people targeted without their knowledge or consent. All international human rights agreements forbid nonconsensual manipulation of human beings – even in prisons, not to speak of civilian populations.”

After all the meanderings in the book, perhaps the most interesting depiction was in the front of the book; this scene was from another assassination tome altogether, D.M. Thomas, Flying into Love, 1992:

“He thought he would go down to the lunch-room and have a coke.They must be in the building by now. It was so easy to hide, with such confusion, so many stacks of crates here, there and everywhere.They might even be hiding in a crate, with the rifles. Including his Mannlicher-Carcano and three of four bullets they’d fired from it. He had no idea who ‘they’ were, only that one of them looked like him, as it happened.”

If you missed Part I of this article click here: