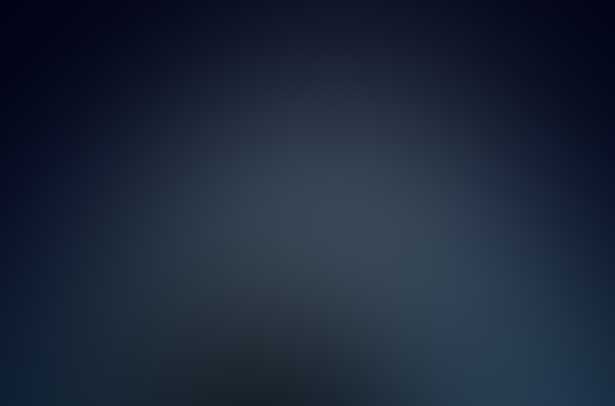 PSYCHOTRONICS AND THE SECRET ORDER

H.P. Albarelli, Jr.’s journey into the strange quirks and oddities he had discovered about the many people somehow associated with the assassination of President John Kennedy on November 22, 1963 is referred to as “high strangeness and synchronicity.” Michael Petro referred to it as “curious scraps of information.” Indeed, the numerous references to the many faces somehow connected to Kennedy (Lee Oswald, the Central Intelligence Agency [CIA], the Mob, the Federal Bureau of Investigation [FBI], and others) were often a bog of facts and comments, though tantalizing and dramatic, still seemed to be a jungle of confusing loose ends. 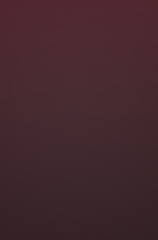 (A Secret Order: Investigating the High Strangeness and Synchronicity in the JFK Assassination, H.P. Albarelli, Jr.,

To purchase this book from AMAZON.COM simply click on its title: A Secret Order: Investigating the High Strangeness and Synchronicity in the JFK Assassination

The early part of the book was an attempt in tracing the dawn of psychiatry in the 1940s and 1950s leading to Intelligence Programs such as the CIA’s top-secret Projects MK/Naomi, MK/Ultra, and Project Artichoke.

“The CIA and the military, which were quickly drawn to the Program,” said Abarelli, “were becoming intrigued with the possibilities of creating what were then referred to as ‘aggressive soldiers’ and now are called ‘super soldiers.’”

Albarelli outlined a number of covert Intelligence Programs that could have been bedrock for “Manchurian Candidate” experiments of young children and the populace in general. Fort Detrick’s Special Operations (SO) Division is mentioned, the Office of Strategic Operations (OSS), agent George Hunter White, and the Federal Bureau of Narcotics (FBN).

The author suspected that Oswald could likely have been an early victim of such programs while at a detention center called Youth House. Oswald could have possibly entered into a psychotronic relationship with psychiatrists and covert operations. Doctor Milton Kurian and Dr. Renatus Hartogs were psychiatrists that connected with Oswald at Youth House. Hartogs had previously worked at the Allen Memorial Institute, Montreal, Canada, where Doctor D. Ewen Cameron, in the mid-1950s under a covert MK/Ultra contract with the CIA, “conducted a series of horrific drug and sensory deprivation experiments on unwitting patients.”

New York Post reporter Joseph Wershba questioned Dr. Hartogs on December 14, 1967 as to whether or not Oswald could have been a “Manchurian Candidate” (referring to a 1962 film on controlled soldiers).

Although his log seemed to dismiss such an allegation, Hartogs moved in circles of covert ML/Ultra and MK/Naomi and the “drug parties” of Dr. Harold A. Abramson.

Dr. Hartogs was an “aficionado” of magic and a covert contractor for the CIA. He was acquainted with magician John Mulholland who wrote a manual for CIA operatives containing instructions on how to “surreptitiously dose unwitting people with drugs, and how to perform other feats of slight-of-hand.” The Hartogs/Freeman book, The Two Assassins, told of Oswald’s comments to his mother Marguerite concerning his return from Russia: “Mother, not even Marina knows why I returned.”

Dr. Hartogs’s sexual scandal with his patient Julie Roy seemed to coincide with the sexual scandal of Canadian psychiatrist Dr. James Tyhurst. Tyhurst associated with neuropsychologist Dr. Donald O. Hebb and “both attended a seminal 1951 meeting,” said Abarelli, “which included participants from the CIA – to discuss early advancements in sensory deprivation and brainwashing.”

Kline also disclosed that Hartogs, along with Dr. Sidney Malitz (a psychiatrist at the New York State Psychiatric Institute [NYSPI]) and Dr. Paul Hoch (NYSPI research director) were involved in a number of covert contracts with the CIA and the U.S Army “to perform experiments with psychosurgery, electroconvulsive therapy, LSD, mescaline, and other drugs.” Hartogs worked with Malitz on some of these experiments. Dr. Malitz worked with Fort Detrick’s Special Operations Division. These experiments were with unwitting patients, “children and teenagers.”  Harold Blauer died because of such experiments. The CIA selected a group of 100 patients to join in these episodes (p.35). Lee Harvey Oswald was absent from school for at least 50 days while in New York City.

In the early 1950s, hypnotist George Estabrook wrote to CIA director Allen Dulles about the merits of hypnosis in covert operations.

“The CIA, U.S Army Fort Detrick, the Edgewood Arsenal, and the Office of Naval Intelligence (ONI) funded many of these contracts. Chief among these physicians were: Drs. Bernard Withens, Harold Esecover, and Harold A. Abramson.”

Dr. Leon Eisenberg spoke of Bender’s patients in these experiments as “…psychotic and perhaps worse off than before the treatment.” 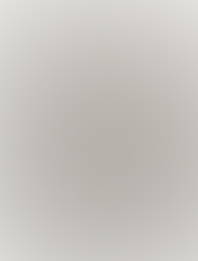 H.P. Albarelli Jr. (photo on the left) is a writer and investigative journalist who lives in Vermont, Florida, and London (U.K.). He has written numerous feature articles about the 9-11 anthrax attacks; biological warfare; the American intelligence community; the death of Frank Olson; the Cuban revolution; and social and political affairs. Some of his work can be found at the World Net Daily, Cuba net, Counterpunch, and Crime Magazine websites, as well as in numerous magazines and newspapers.

Allbarelli ventured through several interesting episodes that the reader would best explore.  One such incident concerned Marguerite Oswald’s interview by Davis Eugene Boster, a life-long Foreign Service officer and covert CIA operative within the State Department. At one point, he was a staff assistant to Secretary of State John Foster Dulles.

Marguerite:  “Now I know you are not going to answer me gentlemen, but I am under the impression that my son is an agent.”

Boster:   “Do you mean a Russian agent?”

Marguerite:   “No, working for our Government, a U.S agent.”

“And this is the way I think, because I happen to know all of the other things that you don’t know

Lee Oswald, from 1957 to1958, was stationed at Atsugi Naval Air Base, Japan, a huge underground 50-acre CIA-USAF Air Base, conducting air traffic control for U-2s flying over Chna an the Soviet Union, at a time when Operation Artichoke physicians and technicians conducted “enhanced interrogations” <torture> at the base.

North Korean a psychotronic hypnotist in The Manchurian Candidate

“The Oswald sighting at the East Louisiana State Hospital seems cut and dry, but as with most events concerning Oswald,” said Albarelli, “the facts surrounding dwell in another realm of ambiguity and interconnectedness, an alternate universe clouded by high strangeness where everything has multidimensions of meaning and truth.” Rose Cheramie foretold the assassinatio of JFK to doctors

Albarelli had an interesting chapter on Rose Cherami (Melba Christine Marcades), mystery woman, hooker, and drug addict, who was committed to the East Louisiana State Hospital in Jackson, Mississippi following an auto accident on Highway 190. The state hospital was infamous in the annuals of the Kennedy assassination.  Rose Cherami seemed to have been housed in several CIA-infiltrated facilities over the years.

Louisiana detective Lt. Francis Paul Fruge investigated Cheramie the day before the Kennedy assassination.  While in the hospital, Cherami told Dr. Don Bowers that Kennedy was going to be murdered in Dallas.

Cheramie had once worked for Jack Ruby in Dallas as a stripper and “drug courier.”  She said he had seen Oswald with Ruby. She also contended that Ruby was involved in the planned assassination.  Rose Cheramie died from another auto accident on September 4, 1965.

Dallas police were not interested in Cheramie’s testimony (p. 97), but Rose had quite a bit to say about drug trafficking in Texas.

Albarelli continued into her career that connected “to yet another unsolved murder – that of Houston police detective Martin A. Billnitzer – and therefor to the Federal Bureau of Narcotics, George Hunter White, and the CIA…”

“Billnitzer apparently committed suicide (shot himself twice) in his office the morning after being interviewed (by police investigators)…” (p. 115.) “…drugs put back on the street through the back door of the Houston Police Department but Billnitzer expanded his chief objective was to get these drugs off the streets permanently…” (p. 103.)

The book was filled with bits, pieces and history of Intelligence operations and spies galore: A kaleidoscope of faces and bodies merged into each other as mingled smoke from the lanterns of crime:

Article was originally published in The UFO Digest from May and June, 2014 issues.

Part II of this article can be seen at https://www.ufodigest.com/article/psychotronics-0518.