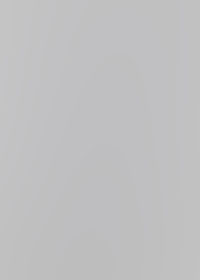 “There is no such thing as secrets anymore.” – Ingo Swann

Some time in the 1970s, a group of American psi researchers at Stanford Research Institute (SRI) had a breakthrough. This breakthrough was the discovery that human beings could connect their minds to the Matrix, which contains all knowledge, and that they could download it as a pattern of information and render it using a paper and pencil by using strict protocols. This Matrix exists outside of time and space. A connection to it can be made via the “signal line” that emerges from the top of the head once the Remote Viewer succeeds in silencing the mid-brain, and sending the frontal lobes into alpha wave hyper-drive. One way to describe this function is as “Non local awareness”. However, during the session the viewer has laser-like focus.

Because the Matrix exists outside of and separate from Space & Time as we know them, we can view the past and the future just as easily as we can the present, simply by noting the time qualifier in the “cue” (more on this shortly). These Remote Viewing sessions typically last a maximum of 45 minutes, at which point the Viewer must “drop the pencil” and end the session.

Remote Viewing is all of three things: the Cue, the Skill and Analysis. Let’s examine each of these elements in turn.

First of all, the CUE frames the question that the Remote Viewer is trying to work on. Once you get into Remote Viewing, you become acutely aware of the fact that there is literally no such thing as secrets anymore. Anything can be framed as a cue, independently from space and time. Cues are usually framed as three word sets, although more or less words can be used. An example would be “Missing Diamond Ring / Present / Location”.

This brings us to SKILL, which itself breaks down into six separate stages.

Stage One is where the Remote Viewer draws an “ideogram” on the paper – a squiggly line not meant to represent anything in particular – in order to get into an altered state of consciousness and get the Remote Viewing session going.

Stage Two is the part wherein the Remote Viewer enters an altered state and begins writing descriptor words back and forth across the page with a pencil, like a typewriter, with the words appearing in neat little columns. These words are usually descriptive of the target. Often, a so-called “cheat sheet” is used, which the RV participant may refer to as an aide. This cheat sheet should NOT be used in Stage Four. In Stage Two, the Viewer would get a psychic impression of the textures (airy to wooden), colors (amber to yellow), smells (acrid to sweet), tastes (bitter to tart), temperatures (ambient to warm), sounds (banging to whooshing), dimensions (above to wide), and, finally, aesthetic impact (afraid to relaxed).

Stage Three involves creating a freehand symbolic sketch, and should only take fifteen seconds maximum to complete. Allow your hand to deliberately find and draw key site aspects and archetypes. Remote Viewers typically go through a ton of paper during a session.  Remember to depict motion with arrows, and remember that the fleeting image is often the correct one. Produce analytical sketch for Stage Four.

Stage Four is where you label the blank page into columns across the top of the page, and the columns should be in the following order: Sensory / S. Dimensions / D. Aesthetics / AI (Yours). Emotions / EI (Theirs). Tangibles / T. Intangibles / I. Overlay / AOL (Analytic Overlay). Analogy / AOL/S (Analytic Overlay / Signal). Here the viewer goes across the page like a typewriter filling in the correct column with his perceptions gathered on the target into neat little rows.

A note about Analytic Overlay: It is frequently counterintuitive. It is merely a “guess” of your perception, and should be written on the margin of the page. It is not to be trusted. Ingo Swann’s great breakthrough was that he was able to explain, in his own words: “Content be damned… stay in structure!” Think about the allegory of the Blind Man and the Elephant where, feeling the individual parts of the elephant, the Blind Man fails to grasp the whole. Holding the tail, he thinks it’s a rope. Touching the trunk, he thinks it’s a snake. His mind is like concrete: thoroughly mixed up, and set in stone.

Stage Five involves constructing the Site Template. To do this, you would take the analytical sketches that you made in Stages One to Four and combine them into a single diagram on a new sheet of paper.

Stage Six is the Session Summary and Feedback. It is during Stage Six that the Viewer finds out whether or not he was successful in Remote Viewing the Target. In the case of the missing diamond ring, a “hit” would involve finding the diamond ring in the vacuum cleaner bag based upon the sketches and perceptions received by the Trained Psychic.

At this point, it should be noted that Remote Viewing is just the tip of the iceberg. Beyond that, we get into a whole new ballpark known as Remote Influencing. An example of the military applications of Remote Influencing can be found in the Hollywood film The Men Who Stare at Goats, in which a military grade practitioner causes a goat to drop dead not by touching it, but by psychically inducing a brain aneurysm.

On a personal note, I would like to inform those of you who are reading this about what legendary Remote Viewing pioneer Pat Price said to me when he came to me in a lucid dream almost 30 years ago: “Show them it’s real.” It should also be kept in mind that everyone who has ever been tested for RV has been able to do it, and that a good psychic/remote viewer is 100 percent accurate because the Universe is an open book for those willing to access it.

I have made it my life’s work to promote the idea that Remote Viewing is a perfectly natural Human Species trait achievable by anyone who is willing to put in the time and effort to learn its methodologies. If we fail, we risk dropping into the Negative Timeline, in which our species faces decimation through genocide via nuclear war and environmental Armageddon, and total physical and spiritual annihilation.

You, reading this, are psychic, and The Powers That Be – the Bad Guys – are keeping you oppressed. They don’t want you to know your true, godlike abilities and potential, which is your natural birthright. This learnable skill has the potential capacity to move us forward from a Level Zero to a Level One Civilization, taking us out of quarantine and into the bright, shining promise of a New Golden Age.

Perhaps the most important potential outcome of my writing this article would be to attract the attention of one or more competent parapsychologists – or any other trustworthy authority figures – who could act on the information that I receive in my future seeing visions. Here is an incomplete list of some of the disasters and/or tragedies that I have foreseen during psychic visions over the last few years:

–    The death of Lady Diana Spencer.
–    The B.P. oil spill in the Gulf of Mexico.
–    The Japan earthquake and tsunami.
–    The plane crash that killed the President of Poland.
–    The mass shooting in Norway by Anders Brievik.

I am willing to provide the information that I collect during RV sessions completely pro bono to anyone out there who has the resources and – perhaps more importantly, the courage – to act on this information.

To continue learning about Remote Viewing, you can visit the International Remote Viewing Association (IRVA), where military grade Remote Viewers are teaching a professionalized version of RV to civilians on an annual basis. IRVA also hosts an annual RV conference that is open to the public. See irva.org for more information. 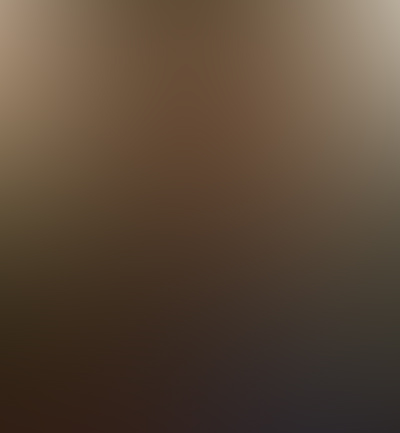 Albert Venczel – BIO
Albert Venczel is a natural-born psychic, an alien contactee, and a trained Remote Viewer who is currently working towards a Bachelor of Radio and Television Arts at one of Canada’s most prestigious programs in media production. He lives in Toronto, Ontario, Canada, and can be reached at [email protected]