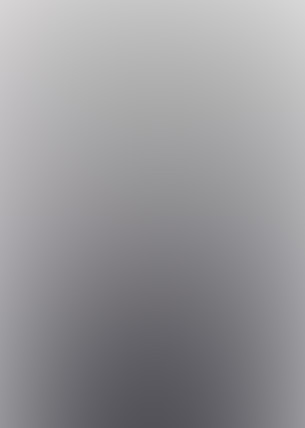 Chase Brandon is a bright and vibrant speaker who communicates precisely and leaves little to the imagination to doubt. After retiring from the CIA recently he made an important decision. Was he going to just be a good soldier and carry his secret with him to the grave or was he going to open up to the American public and the people of the world  and tell the truth? Chase Brandon former CIA agent of 35 years decided to come forward as many others have in recent years. Defying the menacing federal secrecy laws that have intimidated many military officials who have seen UFO’s, Chase Brandon offers up an interesting story and credentials of his past employment with his former employer-the CIA to reveal the facts that expose a mystery that has baffled mankind for decades.

According to Brandon he was assigned to many demanding tasks over the course of his career. Being a CIA employee did necessarily lend itself to a James Bond type of existence. Chase Brandon spent much of his tenure with the agency in dangerous assignments and disguised activities that define the day in the life of an agency whose role was to protect national security. The resulting requirements made of him under these sometimes deadly demands marked the importance of a career where those captured are disavowed by the embassy or who disappear from official existence.

According to Brandon, as his position with the agency was winding down after decades of service, Brandon Chase was relegated to a media position for the CIA in the final weeks of his career. In approaching his looming retirement, Chase Brandon found himself assigned to the final responsibility of his position. Very quickly he found himself overwhelmed with the documentation of what had become an urban legend of sorts, but even more so, the investigation of an historic UFO incident that literally defines the modern day Renaissance of UFO revelation that all close encounters are judged by; Roswell.

Once informed that his final assignment would be one of a liaison with the news media and that he would have access to a vault of relics, news reels, and forgotten trivia that marked the dubious history of the most prominent intelligence agency in the world, Chase Brandon went about his job. He rummaged through old boxes and artifacts that were reminiscent of a history of espionage, spying, and surveillance that few know of and many have died in the service of their country in the course of their duty. The public will never know the debt owed by this nation to these brave souls who have given their lives under situations that cannot be divulged for the purposes of national security. Yet, Brandon has a lock to the key of forbidden knowledge, and he has allowed us to look into that which some have died for as a result of their undiplomatic conduct.

Chase Brandon stumbled upon something that he said was accidental, unanticipated, and could not be fully divulged, yet he is willing to allow us a certain insight. He tells of a box full of artifacts, files, photos, and content he claims he will not divulge in detail due to his oath of secrecy, but still he gives us a tantalizing taste of the forbidden fruit of the unknown. Yes, Bandon admits, Roswell did happen. There were alien bodies from another world. Four were recovered. A craft of apparently extraterrestrial origin was recovered as it had indeed crashed. Not to mention the fact that within that box was mind boggling and corroborating evidence that pointed to the indisputable fact that mankind is not alone, but has been visited by voyagers from another realm. These voyagers are small humanoid yet not completely human entities with larger heads in proportion to their bodies then we people of the earth have. They have large disturbing, black, yes, almost insect-like according to one description. Their bodies are small and child-like, but their hands are different, thin fingers, long, slender, and strangely in a weird form.

Brandon Chase says he cannot comment on the exact contents of this box labeled “Roswell” nor can he elude to all the pertinent information within it’s compelling contents, but he assures us the Roswell Incident is real and did happen. He struggles to rationalize alongside the powers that be who for so long have amassed a dedicated chain of command and an agenda of protocol that compartmentalizes reports and distributes them to the appropriate agencies despite public consternation. He is only one individual who cannot challenge the formidable mechanisms of secrecy that have been formed to deal with the UFO problem.

It is frustrating to hear his compelling disclosure yet his reticence to give exact details as to the contents of that box marked “Roswell” yet we do have insight from the testimony of others like Philip J. Corso who authored “The Day After Roswell” and revealed just what fragments, technological gadgets, and advanced mechanisms that were extracted from the Roswell, New Mexico crash site that would eventually be seeded to American industry to spawn an exciting array of new inventions that catapulted the advancement of mankind decades if not further into the future. These recovered relics, according to Philip Corso, former Army intelligence officer and scientific advisor to the Eisenhower administration, that such technical advancements as fiber optics, electromagnetic propulsion, pilot to ship interface, lasers, carbon fibers, and much more were conveyed to US defense contractors. Their examination under the aegis of foreign technology disclosure developed early generations of new weapons, flight data, and night vision capability.

Chase Brandon, former CIA official, could be the initial overture to the American public, and for that matter, the world in a crucial admission on the part of the US military and intelligence community that something very critical and undeniable occurred in the high deserts near Roswell, New Mexico in July of 1947 that has forever changed human perception of ourselves and our relationship with the universe, but has also signified the secrecy of our government coming to terms with its role in sheltering the public from something that the American people could have handled a lot better had they just been told the truth.