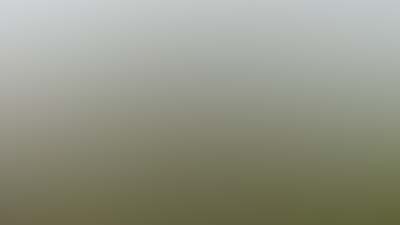 29 Dec,1980, Lieutenant Commander Charles Halt is contacted by his Disaster Preparedness Officer, who is as white as a sheet. Halt is informed that there has been a sighting of some kind just beyond the perimeter of RAF Bentwaters Air Base. The officer has requested to speak in private to his Deputy Base Commander Halt. Something strange is afoot.

If you missed part I of this series simply click on the link: https://www.ufodigest.com/article/ufo-breaches-security-sac-bases

For several nights leading up to this event, a number of security personnel had already reported strange sightings within the base grounds and nearby Rendlesham Forest. After reviewing the reports Commander Halt is now determined to attend to one of these sightings himself and get to the bottom of it. As he leaves headquarters to arrive at the vicinity of the strange event with an accompanying officer, Sergeant Penniston will be transmitting a binary code of the recorded audio of their experience to CSC (Central Security Control).

A controversial tape made

On this occasion Halt is recording his own audio of the weird incident. His excited gasps as he directs his men to follow the bizarre aerial lights in the forest, and their discovery of landing indentations on the ground as well as high radioactive levels and other items, leads the listener to an extraordinary insight of what is happening. It is quite apparent during the course of Halt’s tape that he is filled with wonder and anxiety as the security team of military police see a glowing light darting in and out of the trees above. Halt attempts to coordinate his men on a sweep in order to track down the hovering object.

Debunkers attempt to denounce the report

Many things went on that night according to investigators who have gone back to analyze the timeline of events along with eye witness reports both civilian and military. Many speculations about conventional explanations were made. The Russians had a re-entering Cosmos missile that was flaming during it’s trajectory as it intersected the Bentwaters area. Supposedly a fireball was seen on that night reported by an astronomer. Some people have testified that the 67th Aero Space Recovery Unit had conducted an Apollo space craft collection maneuver that night. While skeptics have even ascertained that the red flashing illumination of an old  lighthouse in the nearby shoreline was responsible.

Deputy Commander Halt’s official written report describes a lighted structured object stationary on the ground at some point that launched itself into the night sky and then separated into five brilliant lighted objects that all flew in different directions. It seems that his testimony would pretty much dispel all the mundane explanations given by nonbelievers or debunkers. His testimony certainly does not corroborate a light house, a Russian missile, a meteor, or the recovery of a mock up Apollo space capsule. Nor does this attempt to conventionalize the sighting explain previous reports given by several other base police units who had seen strange nocturnal activity on several nights just before Halt’s dramatic experience.

As the days and weeks rolled on after Lt. Commander Halt’s report, a series of cover-ups, denials, British and American sources trying to push the responsibility of the investigation onto each other’s laps, as well as reports of unusual nocturnal aerial sightings being turned in by area residents continued. Years have transpired as people try to piece together what actually happened with no definitive answer other than the fact that a very weird and compelling event took place.

I will now add another dimension to this baffling event that occurred sometime later. This very disturbing and documented account comes from researchers working with one of the security officers who witnessed one of the Bentwaters UFO sightings close to the same time frame as Commander Halt’s report on the night of his unnerving experience.

This airman had since been reassigned stateside and had been discharged. There were many very bewildering allegations by more than one Air Force policeman that the military witnesses had been interrogated and subjected to mind control experiments that had caused suffering and memory loss among at least two officers who had reported their experiences. One Air Force officer reported extreme emotional problems after being interrogated as well as unexplained loss of his memory associated with the UFO sighting at the base. Some investigators worry that MK-Ultra mind experiments could have been conducted in conjunction with the RAF Bentwaters sightings.

The UFO abduction support group that I had reported on previously in one of my articles had been in close contact with well known abductee researcher, Karla Turner. Karla was suffering from cancer at the time, and my friend in the Plano abductee support group was keeping in touch and even trying to find alternative treatment methods to help cure Turner’s affliction. She and other members were of the group were very concerned about Karla and even convinced that her work with UFO abduction victims had somehow gotten her in trouble with the powers that be, and now she was paying the price.

According to my contact in the Plano abduction support group, Karla Turner and a hypnotic regression expert had been persuaded to help the afflicted former Air Force officer, who had been part of the RAF Bentwaters UFO incident, and was having serious emotional problems. He was desperate, according to my contact, to recall his experiences that he was convinced had been erased with interrogation and mind control techniques. They had decided upon  hypnotic regression to help the poor ex-airman try to restore his peace of mind.

After having his subject lie down on a comfortable couch going and undergo the appropriate mental exercises of relaxation and concentration, the hypnotic expert began to regress the stricken ex-airman. He would revert into a state of hypnosis that would allow for him to go back in time, re-experiencing his UFO sighting. Karla Turner was there quietly assisting the expert as he gradually guided his patient deeper into the regression and further back into the past. All seemed well for a few moments until something horrific took place!

A history of mysterious human transformations

The human mind and body have many well known and obscure abilities when it comes to such conditions as psychosomatic ailments like ulcers to completely disabling conditions such as psycho physiological states. These clinical ailments can result from emotional trauma such as depression, fear, or wanting to become cared for even if it means causing oneself to become disabled. However, these are all unconscious forms of affliction treated with counseling in order to get at the source of the mental anxiety causing the suffering.

Even Lycanthropy has been explained as a subject being able to transform one’s appearance with a gradual but quick transformation, sometimes into such forms as a werewolf. Having been medically documented in rare cases. Apparently some individuals have a rare glandular condition capable of causing a powerful biochemical reaction that can alter one’s physical appearance with radical changes. North American Indians describe this type of a person as a shape shifter, and make a distinction as to this condition being one of a spiritual significance.

A disturbing aspect to the original sightings

So, what happened to the unfortunate Air Force officer afflicted with his mental stresses? Midway into the hypnotic regression he began going through a physical transformation. His body was actually changing into that of an extraterrestrial alien. His skin and bodily shape began to drastically alter right there before the hypnotist and Karla Turner!

The two of them were both deeply alarmed at this unplanned twist in the hypnotic session and immediately decided to withdraw the airman from his hypnotized state. They carefully began the process of recovering the man from his deep state of regression. It seemed the only way to reverse the unbelievable transformation! The unnerving spectacle supposedly subsided and the ex-airman was returned to his former self, but the experience had practically left Karla and the hypnotist in hysterics. Luckily, they were able to keep their wits about them and for the sake of their subject, return him to his original form.

There had been testimony that on one of the nights that UFO’s were investigated at RAF Bentwaters that an alien craft did land. It was of a bizarre geometric configuration, had a smooth, glass-like, ebony, coating on its surface and hovered in the air as Air Force personnel drew closer to the fantastic machine. Supposedly an exchange of some find took place, perhaps communication on even a telepathic level. No one knows for sure, but some speculate that either the influence of the alien power perhaps even distorted by the mind control that the poor Air Force officer had been subjected to, may have caused the horrifying transformation that he began to undergo while under hypnotic regression.

This is truly one of the darker aspects of  not only the UFO phenomena, but of man’s evil attempt at trying to capitalize on the bizarre sequence of events. We do not have enough facts to determine the whole picture. The incident is like something out of a science fiction movie though, as well as the murky details leading up to this disturbing outcome. Sometimes, they say, truth is stranger than fiction.