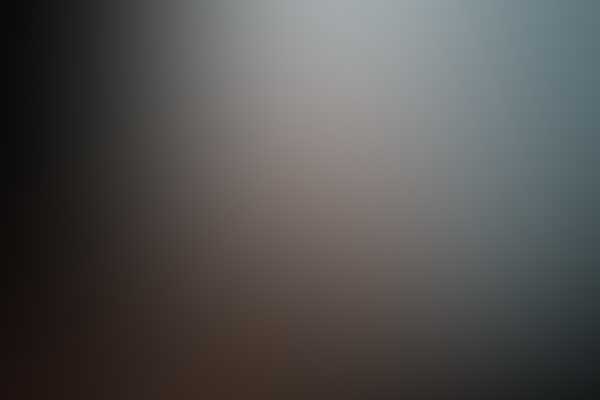 If you missed Part I of this article click here: https://www.ufodigest.com/article/new-term-uaps-0504

Thanks to investigative research by former NASA scientist, Richard Haines, and his organization NARCAP, we have a clearer understanding of the extent to which UFO inflight sightings by pilots are being systematically hidden whenever possible. One might think that in today’s more open discussion of unidentified flying objects that there would not be the degree of official denial that actually exists, but the problem persists on levels unknown to the public.

Counter intelligence tactics used by such agencies as the CIA, NSA, or the DIA will actually inject false stories or supposed witness testimony to destroy the credibility of UFO and UAP reports when possible. Sometimes even fabricating false stories with major newspapers all together in order to set the issue up for a major hoax event that will serve to rob the legitimacy of the subject in the minds of the general public as was done time and again during the mid-1950’s  and beyond. In those dark days after Captain Ruppelt, Major Dewey Fournet, and Albert Chop left Project Blue Book in disgust after the biased findings of the Robertson Panel a fog of disinformation would lay ahead for sincere UFO coverage and fact  finding as the US Air Force and other federal agencies invoked blatant censorship.

Sightings from the distant past

It is possible to go back in military records predating 1916 to find evidence of UAP activity such a long time ago. There are definite areas of the world that serve as hot spots for UFO contact and the resulting Unidentified Aerial Phenomena that has been encountered by military and civilian pilots alike. According to Donald Kehoe US Marine Corps Major Retired, in 1904 a triangular formation of lights was reported landing alongside a docked US Naval warship. The observation was made and reported by the officer on duty at the time. This incident was noted in a maritime journal of the day.

According to the tenacious work of one D. F. Weinstein, “Foo Fighters” as they were called during World War II were much more numerous and active than has been originally suspected. In almost all the great oceans and seas of the world military pilots of the Allied Forces observed, engaged, and were harassed by bizarre and unconventional aerial phenomena sometimes causing terror and even crashes. Objects described by observers would appear to be anything from yellow spheres to mystery rockets, half-moon crescents to flying wings, or silverfish elliptical crafts that when contacted by ground radar, confirmed by observer corps, and intercepted by friendly aircraft, were capable of fantastic speeds and disappearance.

Such areas where frequent sightings have taken place have ranged from Labrador off the shores of Northern Canada, a stretch of ocean spanning Guam and Japan many call the “2nd Bermuda Triangle” due to several disappearances of planes and ships, Hanford Nuclear Station in Washington State, Alamogordo, New Mexico, Bass Straits in New Zealand, and along the west coast of the US from California to Alaska. Of course, this is a very brief summary of such regions of frequent sightings. Many states within the continental United States have their “Hot Spots” as well. Areas such as the “Four Corners” region between Utah, Colorado, New Mexico, and Arizona are visited by everything from black helicopters to unusual flying wings travelling at mach speeds exceeding our fastest interceptors.

Doctor Haines, however has attempted to narrow down UAP reporting strictly to pilot airborne encounters with the unknown for the purposes of stressing the safety factor and the aviator’s unique experience.  The importance of impact of such targeted reporting gives us a better insight into the nature of this elusive enigma that refuses logical definition to this day. The fact that such authorities such as the FAA continue to downplay the significance of these types of reports involving hazardous contacts such as high speed flybys, near misses, and even pursuits displays not only the threat presented to the aviator, but the inexplicable behavior of the phenomenon itself.

The only plausible explanation for the official denial could be to attempt to suppress hysteria and fear, or that our military is truly impotent in its ability to adequately defend our air space in the presence of the UAP. However, if denial and repudiation rein as the preferred method of choice where does that leave pilots, their aircraft, and the passengers in this warped equation? The truth is at if these inflight encounters are suppressed from accessible knowledge future aviators will be at risk and so will their passengers, cargos, and possibly, weapons, perhaps even nuclear payloads that could cause a nightmarish scenario.

Commonalities that have been gleaned from statistical analysis of reports reveal interesting facts about inflight encounters with UAP’s 1) Vast majority of cases involve military and commercial aircraft. 2) That the majority of encounters occur during the cruise phase of a flight as opposed to climbing, maneuvering, or landing. 3) Electromagnetic effects upon aircraft instrumentality have been observed when UAP’s are in close proximity of the conventional airplane especially when the UFO has been seen circling the human operated aerial machine in question.

Refusal to associate with UFO community?

Strangely enough Richard Haines and NARCAP have gone to great lengths to distance themselves from UFO groups such as Steven Greer’s Disclosure Project that held several press conferences on Capitol Hill and featured the testimony of numerous former military personnel. Why? Though NARCAP has done an excellent job of documenting UAP sightings by pilots, their aim has not been to automatically assume that this constitutes evidence of extraterrestrial existence that has been penetrating international air space. NARCAP focuses on scientific objectivity that allows for other explanations such as unknown atmospheric conditions, exotic laws of physics still not understood, highly classified experimental aircraft operating under secret operations (X-planes), pilot misinterpretation of visual stimuli, and emphasizing the need for maintaining safety under conditions of UAP encounters.

A sobering approach to an enduring mystery

It would seem that in the course of unlocking the UFO mystery that all who engage in this research should join forces, but for Richard Haines and NARCAP, being careful not to arrive at any preconceived notions seems paramount to their desire to maintain legitimacy. Being a former NASA scientist, perhaps Doctor Richard Haines is more concerned about being blindsided by as yet unforeseen revelations. Whatever the case, it is clear that his findings may or may not coincide with the conclusions that his colleagues in the UFO community would like him to arrive at. Perhaps Doctor Haines worries that some unforeseen discovery awaits UFO research that could blow all previous assumptions out of the water such as visitors from the future?

In part III we will focus on amazing cases revealed by NARCAP case files. Until next time when the twisted path of what is not supposed to be intersects with our reality, take care.