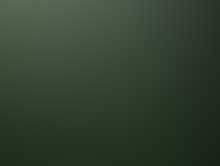 The tragic violence in Tucson, Arizona, last January and many related factors under discussion surrounding it bring up the topic of “situation awareness,” also often called “situational awareness” or simply “SA.”

The public health and safety issues leading up to and culminating in the shootings indicate that several kinds of situation awareness were in play.

These include the alleged shooter’s symptoms of mental illness and might also be related to the larger social, political and media environment.

Urgent SA was also a key issue during the shootings when victims and bystanders dove for cover, ran for their lives, tried to protect their loved ones, restrained the shooter, grabbed the ammunition clip as he tried to reload and provided emergency first-aid to the victims as peace officers and emergency medical personnel rushed to the scene.

People involved in aviation, the military, projects involving high-risk engineering and other types of activities have long been oriented to situational awareness. In fact, the many elements and the critical importance involved in SA have resulted in robust research studies and training protocols.

In acute situations and in our everyday lives, situation awareness can help us be more aware of our environment, identify dangers and enhance our perception in many ways.

Situation awareness around us, and within us

Situation awareness can involve the specifics of certain potentially dangerous tasks like flying a plane, drilling an oil well, working on a construction project, being on patrol in a combat zone and many other conditions.

Less acute activities like riding a bike, driving a car, climbing a ladder or stepping out of the shower on a slippery floor also require a measure of SA.

After the Tucson shootings, we now realize that even going to the local supermarket, greeting a member of congress or encountering an odd person in a college class require solid situation awareness.

Using our five senses of sight, sound, touch, hearing and even smell can be valuable or crucial for SA in normal tasks as well as in more unusual settings.

Additionally, our “sixth sense” using hunches, gut feelings, intuition and instincts may also be valid. This type of perception has been called “anomalous cognition” and has been found to be highly accurate in many cases.

Keeping in touch with our own physical and emotional feelings, stress levels, body awareness, thoughts and perceptions can be helpful in maintaining ongoing situation awareness for day-to-day life as well as under more challenging conditions.

Using these resources, we can be more alert about not only our physical and human surroundings, but also the social and psychological environment that involves exposure to TV, radio, movies, the internet, newspapers and in other kinds of media. Exposure to viewpoints, theories and beliefs about how certain things are require SA.

In addition to the many elements that are part of our human, social, emotional and psychological surroundings, the natural environment is also something that requires situation awareness. Violent weather, dangerous terrain, treacherous waters and volatile or hungry wild animals also require robust SA.

As noted, there are situational awareness conditions dealing with conventional elements such as personal health and safety, people around us, physical dangers, media messages and similar factors.

Ideas, concepts and information in the many media outlets we see, hear and read can require a very sophisticated kind of SA.

Many, most or all of the media messages in our environment are designed to influence and persuade us. Maybe the persuasion is to buy a certain product. In other cases, the ways we feel, think and believe are the targets of those who seek to affect us. Adversarial discussions about politics, economics and society in the media are part of this environment that often requires deep-thinking situational awareness.

The conventional current events of the day are not the only subjects that we are exposed to. The more unusual and unconventional concepts that sometimes seem interesting can be enlightening or problematic.

For example, “conspiracy theories” are out there in society and the media. Many of these theories seem quite strange. Yet, some of them cannot be ruled out. Some conspiracy theories appear to be paranoia. At the same time, we know that real conspiracies do actually exist.

Discerning fact from fantasy can be challenging.

Some people believe in angels, a Heaven and life after death. To others, these may appear to be ridiculous beliefs. Near-death experiences (NDEs) are interpreted as strong indications of an afterlife by some people. Others believe NDEs are delusions, hallucinations or a neurological and biochemical reaction in the brain.

Extrasensory perception (ESP) is an older term that relates to the earlier discussion of intuition, instincts, gut feelings and hunches. Some people believe this is not only possible, but that valid research has gone a long way already in proving it. Others believe there is no way we can perceive things using ESP.

Even those who believe ESP or anomalous cognition is real also sometimes note that it is easy to be fooled by one’s imagination and faulty interpretation of internal perceptions.

Another interesting example is the topic of visitation to Earth of extraterrestrial intelligent beings. Many people think this is a reasonable possibility or may already be happening. They point to various documents and witnesses as evidence that some unidentified flying objects (UFOs) are advanced spacecraft. Others think this kind of attitude and the idea of “UFO disclosure” are silly or nutty.

There are many other kinds of conventional and more unconventional perceptions, beliefs and messages in our media and social environment that can be legitimately considered and questioned.

When do certain kinds of messages, information or communications become red flags for concern or alarm? When do public health and safety, mental health, law enforcement, national defense or other factors come into play?

Considering these and other complex elements, how should we move forward to create a healthier society and a better world?

Our situation awareness can probably assist us at many levels in responding to these kinds of questions.