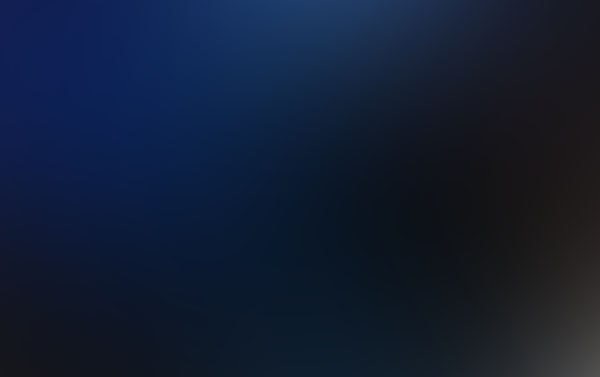 “The phenomena is mostly hallucinations,” says Skinner, “there may be some spirits from Indian grounds – not too sure; I also believe what you see/experience is purely on what mind set you have.”

If you missed Part I of this article click here:  https://www.ufodigest.com/article/stalking-skinwalker-0410

INVESTIGATORS: TRIPOD, HOBBY HORSE, AND OTHERS

“On the other hand,” says Skinner, “both the Ouija Board experiment and the experiences provided by Rocky suggest a yet strong presence of the spirituality associated with the original Native American inhabitants of the region, and which manifests itself in the form of paranormal entities such as Shadow People and the Skinwalker.”

Investigator “Ranch Hand” speculated that the “presence” moves in and out of some “dimensional portal” and is “relative to the state of mind and level of the expectations of the individual.”

Another investigator named “Rich” gave his suggestions as to what is taking place on the Ranch:

#   The phenomena seems to be a “nexus” of all kinds of alien activity, the traditional as well as the atypical.

#   Humans are the key to something that holds importance to them. They need ‘us’ to survive.

#   Sometimes ‘abduction’ should be viewed as an universal, spiritual experience, maybe even a karmic contract.

Other Ranch investigators spoke of further paranormal happenings. “Jeremy K” told of his encounters:  “My experience involve seeing strange lights, white, blue, red and faint cloudy lights.  Also very weird noises in the river bottom near the line of cotton trees.  I could actually hear something very large breathing, but with light feet. I would get within 20 to 30 feet of me and freeze.”

Ryan Skinner speaks about the reports of a mystery helicopter that he has also seen.  The helicopter made no noise. Investigator “Jeremy K’ said on November 6, 2013:  “We sat down and there was a completely blacked out helicopter flying above and around us.  It was the weirdest thing. You couldn’t hear standard helicopter noises.” (p. 197.)

Skinner presents stories and testimonies from neighbors and Indians associated with the Skinwalker Mesa.  Most offer interesting insights as to what could be happening there.

Using a typical UFO sighting as an example, Skinner shares some of his personal feelings about witnesses that seem indifferent to their contact with the paranormal.

“I never could fathom people’s reactions to seeing one of these things,” says Skinner.  “It was like a mental defensive block or something.  People for the most part absolutely where frightened to death.  So they ignored it totally.”

Skinner tells of a UFO ‘disc’ hovering over a baseball game, for nearly twenty minutes, everyone looked once, and then ignored the UFO.  “I can’t explain reactions like that, can you?” asks Skinner.  “I wondered was it (the UFO) spraying those zombies with pixie dust or what?”

The Utah Ranch is not the only “Hot spot” Skinner writes about.  There are, apparently, other areas of concentrated paranormal activity about the globe, similar to the Skinwalker mesa.  Skinner talks about a Texas ‘hot spot’ at the end of an airfield “runway” north of the Alabama-Coushatta Indian Reservation that once belonged to the Indians.  It is now covered by extensive tracts of trees, brush and “some unidentified evil.”   Like the Utah Ranch, similar phenomena decorated the site over the years.

“I am not convinced 100% whether this was all alien, or a mixture of the paranormal sort of a portal being used by many, many entities,” says Skinner.  “It’s a dimensional thing, I guess.  Makes one wonder whether or not some of the disc and other oddly shaped craft are simply vehicles which carry these beings from one dimension into another, not intergalactic spacecraft.”

Skinner concludes that paranormal activity, indeed, focused on the property:

“…most of it was categorized as aerial anomalies; the resident does acknowledge encounters consistent with Native American legend, specifically the manifestation of what appeared to be Indian spirits and the appearance of wolf-like entities.”

TROUBLE ON THE RANCH

BAASS had not been without its share of criticism, especially in its NIDS phrase.  One of its more unsettling conflicts revolved around finding several “rods” on the ranch which investigators for NIDS and MUFON projected a story that they seemed to be the same Element 115 that Bob Lazar of Area 51 fame said that he worked with as a technician in Area 51’s hidden retrieved UFO lairs.

Aerospace scientist John Schuessler said that the rods were carbon and not element 115:  “As for the rods found on the Skinwalker Ranch, I was on the NIDS Scientific Advisory Board back in those days and can verify that rods were found.  They were not heavy Element 115 rods.  Instead, they were thin carbon rods that are used in arc lamps to make very bright lights in field operations.  I have personally used this type of rods in arc lamp operations many years ago.”

According to Schuessler, Element 115 would have been far too unstable to have existed in the wild, open ranchland.

James Carrion, MUFON, said this demonstrated a certain amount of carelessness that NIDS and BAASS investigators needed to avoid:

“It appears that once again in Ufology there are more questions than answers; common fare for a field where the waters are muddied but never cleared.  If you consider yourself a truth seeker then perhaps it is time to take a stand against these forces of ambiguity that seek only to obscure the truth rather than bring it to light.  It is time to promote truth and not mystery in a field that has too many mysteries already.  It is time to reveal the truth by not compromising ethics or principles or by allowing truth to be censored.  It is time to stop falling prey to fear and lies but instead to hunt the Skinwalker forces of deception in their own territory.  Who is up for a hunting trip?” 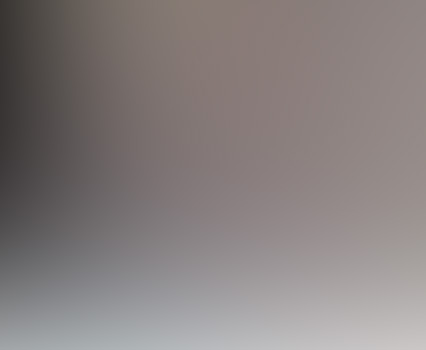 (Bob Lazar never associated with the claim that Element 115 was found on the Skinwalker ranch. Many Fortean investigators claim, besides, that the jury is still out on the Bob Lazar question, as some of his claims seem to be vindicated over a period of time.  Though Element 115 did not exist in 1989, subsequently it was invented and discovered in 2004, when Lawrence Livermore National Laboratory and the Joint Institute for Nuclear Research in Russia (JINR) discovered isotopes of Element 115, known as “ununpentium.”)

(Lazar continued to be believed by several researchers who felt that Lazar was truly involved in UFO projects, indicated by his passing of lie-detection tests and hypnosis and the testimony of researchers such as Norio Hayakawa, John Lear, Gene Huff, Mike Thigpen, Boyd Bushman and Terry Tavernetti, to mention a few.

Alfred Weber wrote in “Robert Bigelow’s and MUFON’s Hybrid UFO Investigation…”  that Bigelow, MUFON and the FAA created a special UFO reporting form that they hope pilots will use to report aerial phenomena.  A BAASS UFO hotline staff was on duty to receive UFO reports. One of the special areas, said Weber, that BAASS was interested in were “cases where physical effects of a UFO are reported or where ‘living beings’ are allegedly sighted or where ‘reality transformation’ is said to occur.” 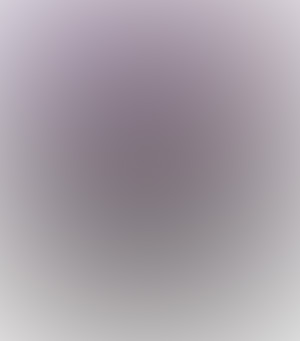 The Star Team Impact Project (SIP) were to investigate reports into “cases where physical effects of a UFO are reported or where ‘living beings’ are allegedly sighted or where ‘reality transformation’ is said to occur.”

Weber also discovered:  “On examination of confidential BAASS-MUFON documents that were anonymously leaked to this reporter, it is clear that a clash of corporate and non-profit cultures and lack of mutual communication framework between an accounting-oriented corporate contractor and a mission-driven volunteer organization – rather than any wrong action – triggered the temporary suspension and review of the hybrid arrangement that parties in both organizations seem to want to continue.”

Billy Cox, a writer for The Herald Tribune, likewise gave a revealing summary of Bigelow’s plans in the paranormal industry (Wednesday, June 9, 2010):

“Robert Bigelow, the zillionaire hotelier who wants to build the world’s first private space station, doesn’t do much media…. In a nutshell: With NASA phasing out of the launch business, Bigelow’s aggressive development of inflatable habitation modules — and his willingness to invest up to half a billion of his own $$$ to make it happen — puts him at the forefront of the privatization of space. He and anyone else wanting to exploit the high frontier will need wheels to get there.  And the Obama admin plans to spend $6 billion over the next five years to encourage the private sector to produce the next generation of launch vehicles.

“His space stations are not his only interest in space. ‘I’ve been a researcher and student of U.F.O.’s for many, many years,’ Mr. Bigelow said.  ‘Anybody that does research, if people bother to do quality research, comes away absolutely convinced.  You don’t have to have personal encounters.’

“Other views that run counter to mainstream science include a belief in the power of prayer and a disbelief in the Big Bang theory.”

Visions and sentiments imbued by the American Indian seem manifested on the Skinwalker mesa and synchronized with the dreams of Bob Bigelow:

The life of an Indian is like the wings of the air.

That is why you notice the hawk knows how to get his prey. The Indian is like that.

The hawk swoops down on its prey, so does the Indian.

In his lament he is like an animal. For instance, the coyote is sly, so is the Indian.

The eagle is the same.

That is why the Indian is always feathered up, he is a relative to the wings of the air.

Perhaps Chief Crazy Horse’s lament goes to the heart of the matter:

Upon suffering beyond suffering:

The Red Nation shall rise again and it shall be a blessing for a sick world; a world filled with broken promises, selfishness and separations; a world longing for light again.

I see a time of Seven Generations when all the colors of mankind will gather under the Sacred Tree of Life and the whole Earth will become one circle again.

In that day, there will be those among the Lakota who will carry knowledge and understanding of unity among all living things and the young white ones will come to those of my people and ask for this wisdom.

I salute the light within your eyes where the whole Universe dwells. For when you are at that center within you and I am that place within me, we shall be one.