UFODigest.com » Aliens and UFOs » Still they try to dispute the Roswell Crash-Part I 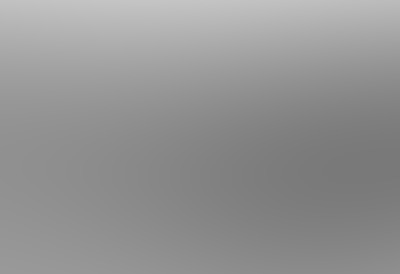 In reassessing the Roswell Incident there are things that we can expect from the military establishment and persistent government denial that probably will forever continue until complete disclosure has finally been sanctioned by the US federal government. Until then, we can definitely anticipate that the deniers and debunkers are firmly entrenched and they will stop at nothing to discredit the alleged crash of an alien space craft 75 miles north of Roswell sometime in the first week of July 1947.

No way to dismiss the facts

In the wake of and realization of that an incredible event let us examine some very sobering facts that revolve around the circumstances that existed at that time. These will be the undeniable conditions and levels of people’s awareness that were prevalent at the time, especially around the Roswell area in 1947. We will also reiterate the corroborating testimonies that remain unchanged to this day, and do demonstrate that something fantastic occurred on the New Mexico desert that cannot adequately explain a crashed unidentified flying object as being a product of misidentified manmade hardware such as Project Mogul, a weather balloon, or anything manufactured under the aegis of Project Paper Clip.

Here are the forensic, circumstantial, and testimonial facts that surround the Roswell Incident that will not change regardless of the test of time or continued official denial still being stubbornly exercised by officials and supposed scientific experts today. People tend to be influenced by disinformation which effectively dissuades them from the basic and undisputed facts of an incident. Our federal government does this all the time, especially when illegally operating outside the US Constitution, which the present administration does with impunity. People accept the word of the government readily even when it is in direct violation of what we know to be the law or what we know to be real.

A rancher makes the initial discovery

When Mac Brazel found a massive debris field on his ranchland that his livestock would not cross or even get near, he quickly carried a shoebox full of the stuff into Roswell and notified Sheriff Wilcox, who referred him to the US Army Air Force at Roswell Air Field where the only elite atomic bomb wing the 509th. Mac had also notified his nearest neighbors, the Proctors, who elected not to go and personally visit the debris field. Major Jesse Marcel was ordered to locate and examine the crash site and accompanied Brazel back to his ranch.

Major Jesse Marcel has all the credentials and expertise to recognize anything that belonged to the US military arsenal including the neoprene, tape, and plywood that made up the balloon train that comprised Project Mogul high altitude listening platform launches. Major Marcel was a nuclear arsenal specialist and had even prepared a manual for President Truman as educational material on American atomic weapon delivery. As Marcel was to testify on a local news program from Houma, Louisiana in 1978 and under interview from investigators just before his death from lung cancer, the material he handled and even brought home for his son and wife to look at was of otherworldly composition. He said that a memory metal that could be folded would pop back into its original shape, he stated that thin light weigh sheets of the metal you could bounce a sledge hammer off of. The material would not cut or burn. People have tried to attribute these characteristics to Bakelite or weather balloon debris, but these types of materials did not exist then, and likely, not even today.

Did an experienced veteran in the US secret atomic weapons program misidentify the debris that was present on the Mac Brazel ranch? Definitely not! As a matter of fact, local people were well acquainted with the frequent landing of Air Force weather balloons. How could someone have misconstrued the crash of an alien craft with the routine appearance of commonly encountered Air Force weather balloons? Project Mogul used some of the first generation plastics, neoprene, as a medium to contain the helium gas that created the necessary buoyancy to allow the Mogul Balloon train to ascend several thousand feet. The material quickly stiffened in the frigid upper atmosphere, crystalized, and often shattered allowing the balloon train to descend to the ground in the remote high desert of New Mexico. It did not plummet to the ground like an aircraft crash.

Another bit of evidence that corroborates a crash scenario is the fact that a large debris field several hundred yards long with a deep gouge in the desert floor was noted. Only the rigid fuselage of an aircraft could have caused this according to both Brazel and Major Marcel. The descent of a balloon train along with either Rawin sonde or detection instrument packages that were designed to verify Soviet nuclear detonations would not have been of sufficient mass or force to cause such an insult to the surface of Brazel’s ranch.

At the same time as this military cover-up was materializing, General Nathan F. Twining submitted a shocking intelligence estimate concerning UFO’s. The general stated that flying disks were not the product of illusion hallucinations or mirages, but were based upon observed aerial objects that-out performed the best US fighter aircraft at speeds of 300 mph. and above. According to Phillip J. Corso, a former Army intelligence officer, who witnessed alien bodies preserved in some type of embalming gel that had been containerized and shipped via railroad cars through Ft. Riley, Kansas where he had been stationed, General Twining marveled at the incredible flight characteristics reported by military observers. Twining’s recorded travels also put him squarely at Roswell during the time of the alleged crash though his absence at the Pentagon was not fully explained.

Philip J. Corso, in his book, “The Day After Roswell” General Twining in seeking a place where it was most unlikely that he could place the findings of the Roswell crash evidence, placed the Roswell artifacts (recovered crash debris) under the aegis of the Foreign Technology Department, found an effective way to hide evidence of an alien crash underneath the noses of the US media, the general public, and even other competing military agencies. That evidence and viable alien hardware that could be tested and back engineered in years to come under the stewardship of General Trudeau, according to Philip J. Corso.

Getting back to Jesse Marcel, who was forced to appear with weather balloon debris at Carswell AFB in Ft.Worth, Texas where the recovered debris from Roswell was flown via B-29. It was there that J. Bond Johnson of the Fort Worth Star Telegram photographed Major Marcel who was ordered to pose with the alleged Roswell debris corroborating General Ramey’s cover story that the crash of a flying disk recovered by the 509th bomb group was, in actuality, a misidentified weather balloon!

The world press bought the story, General Ramey defused the public hysteria over the incredible story that had even been authorized by Roswell Base Commander Butch Blanchard, and distributed to local media sources by Lieutenant, Walter Haute. If the Roswell crash could easily have been debunked at the initial level of the base commander, Colonel Blanchard, rather than evoking a firestorm of controversy by the world press, why didn’t Major Marcel’s superior exercise that option? Was it because Colonel Blanchard was just as astounded by the debris recovered by Major Marcel, and considered the story to be too big to ignore or lie about? Why wasn’t the Roswell crash simply defused from the very start? This does not make sense!

Let us also consider the microscopic study of the J. Bond Johnson photos of General Ramey holding a memo that upon intense scrutiny do reveal the words “crashed disk” in the body of the message. So, we know that partial translation of the communique being held by General Ramey contains the words indicating a crashed disk among other phrases that once again support the assertion that there was an event at Roswell that did not fit the official version of the circumstances that led to all of the excitement of a proposed alien craft crashing on rancher, Mac Brazel’s land.