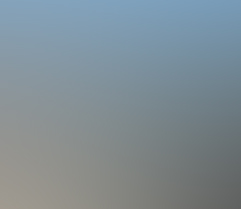 The 37th Annual Telluride Film Festival, beginning Friday, Sept. 3, through Labor Day, continues to be a unique event that brings the filmmaking community and film-loving viewers to the spectacular San Juan Mountains of southwest Colorado.

Located in the Four Corners region and surrounded by the San Juan National Forest, the festival provides a special venue that often gives participants and visitors new perspectives on film in today’s world.

Beyond the beauty of the town of Telluride and southwest Colorado’s rugged landscape, the Four Corners region has long been home to topics about mysteries that still fascinate people today.

Native American lands of the Navajo, Hopi, Ute and others are located throughout the area.

Approximately 250 miles southeast of Telluride in south-central Colorado is the San Luis Valley, an area reported to be a hot spot for frequent UFO sightings and other anomalous situations.

And just a two-hour drive due south from Telluride is the town of Durango, which shares the same kind of charm and beauty that residents of, and visitors to Telluride enjoy.

Durango also has a unique history in the annals of UFO research and lore.

Home to a state college, skiing, river rafting and outdoor activities of all kinds, Durango is also the place where famous Western novelist Louis L’Amour wrote many of his books, several of which were made into movies over the decades.

The Durango-based and internationally-known Durango & Silverton scenic train makes daily trips to Silverton which, as the crow flies, is just a few miles east of Telluride. However, the mountain road between Telluride and Silverton takes quite a bit longer.

Apart from the beauty and fun of the Durango area, according to some UFO researchers it was the jumping-off point for a secret team of officials and scientists who investigated a crashed spacecraft in 1948 (possibly in March) just south of Durango in Aztec, New Mexico.

According to various researchers, U.S. government groups that were attempting to understand and manage the UFO situation quickly flew various prominent scientists to the only nearby airfield in Durango. From there, they were transported by road 35 miles south of Durango to the Aztec area.

As the story goes, the government and scientific team found several dead bodies in a crashed disc-shaped craft, possibly 12 miles northeast of Aztec.

The deceased had large heads, large eyes that resembled an Asian-looking appearance, and small, slight bodies with unique characteristics. The craft was covered with a thin, metal-like material that was extremely strong.

Regional military radar may have also detected the craft as it flew into the area, according to some UFO researchers. The U.S. Army’s alleged Interplanetary Phenomenon Unit (IPU), reportedly part of Army Counterintelligence, located the craft and helped coordinate the response.

The investigation was done covertly, and those involved as well as local residents were reportedly sworn to secrecy, researchers claim.

Bodies and material were transported to Wright-Patterson Air Force Base in Dayton, Ohio, the location of one of the military’s main scientific analysis centers for the examination of foreign aircraft and technology.

We might assume that the scientific investigators and others may have exited the region by way of the Durango airfield.

Interestingly, one of the speakers was a former member of the U.S. government Project STAR GATE activity that investigated and reportedly was successful in using “remote viewing,” a type of ESP technique involved in intelligence efforts.

According to a March 28, 2010, article in the Durango Herald newspaper, former government remote viewer Lyn Buchanan said that his remote viewing training and consulting firm looked at the Aztec UFO crash stories.

Their conclusion: “In short, there was a crash. The E.T.s in that ship weren’t dead; they were alive. And negotiations happened between them and the government,” the Durango Herald quotes Buchanan as saying.

According to the Durango Herald article, Buchanan also explained that he was part of the real-life basis for the George Clooney character “Lyn Cassady” in the 2009 movie “The Men Who Stare at Goats,” based on a book by writer Jon Ronson. Buchanan is also author of the book “The Seventh Sense.”

So, once again, filmmaking and the interesting topic of UFOs and extraterrestrial visitation to Earth and the U.S. seem to dovetail, this time in southwest Colorado.

The human creative process involved in films and other endeavors is often said to be a mystery of human consciousness in some ways. The same might be said about unusual scientific topics such as UFOs, ESP-related remote viewing, ancient Native American legends and many current situations.

While the creative film community is visiting Telluride, some of them might want to take the short drive down to Durango, look around, and consider the possibilities about the many mysteries of the region, and within themselves.