UFODigest.com » Aliens and UFOs » THE 1960’S UFO INVASION OVER OKLAHOMA 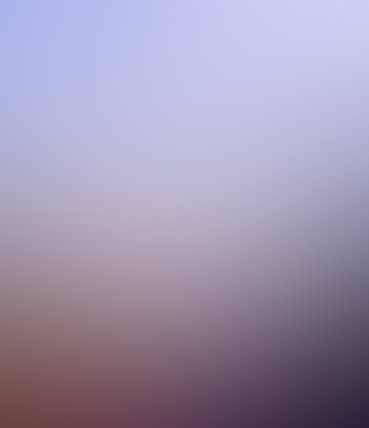 The unfortunate aspect of the massive UFO flaps that descended upon America in the 1960’s is that by that time Project Blue Book, the official investigative branch of the US Air Force’s aerial phenomenon branch had been severely marginalized. Unlike Project Sign and the first three years under the Director Captain Edward Ruppelt, when a very serious effort had been fielded, Project Blue Book by the 1960’s had been reduced to a public relations department with scant funding and a skeleton crew. With the USAF merely going through the motions of investigation, many opportunities for serious research and fact finding had been intentionally overlooked.

The persistence of an enigma

With police cruisers chasing UFOs along highways in such incidents as the “Portage County UFO Chase” where Ohio police officers pursued a nocturnal airborne metallic object across state lines into Indiana April 17, 1966, this incident epitomized the kind of sightings that were routinely dismissed by Project Blue Book with such mundane explanations as the planet Venus or a communications satellite. Yet, with all the official denial inherent by the military as well as the newspapers and TV coverage, apparently UFOs weren’t listening. They simply continued their siege upon the airspace of the US whether over sensitive federal government installations or sleepy neighborhoods.

Such was the case in the state of Oklahoma as a multitude of UFO sightings made themselves known to shocked observers who could only stare wide eyed as the presence of the unknown dared mankind to find out just what was really happening. The Sooner State was the site of an incredible number of flying saucer reports that occurred over every region north, south, east, and west. To this day, despite much analysis, jet interceptor pursuits, and law enforcement reports the phenomenon has never been explained, as the turbulent 1960’s unfolded against a backdrop of civil rights riots, rock and roll, the Vietnam War, and a general cultural reassessment that questioned the traditional American way of life.

July 31, 1965 Tinker AFB near Oklahoma City reported 4 unidentified radar targets. In nearby Edmond, Oklahoma a UFO was made an incredible appearance as a huge white glowing object with a green aura that emitted red flashes. Yes, you’ve got that right according to author David A. Farris in his book, More Mysterious Oklahoma. Wes Pitchford and his wife were stunned to see a low flying unknown aerial object that moved with terrific speed. An anonymous weather observer at Tinker AFB stated they  observed the object for 5 minutes which climbed at a high rate of speed to 22,000 feet before disappearing from contact. According to the officer’s description, when viewed through binoculars the UFO projected a blue halo and was clearly disk shaped. This event was observed at 9:30 that evening.

The typical official response could have been anticipated as the secretary of the US Air Force issued another of their infamous faulty explanations saying that sightings reported over the previous 2 nights were the planet Jupiter, or such stars as Belegeux, Aldeberon, Capella, and Rigel. Not so fast, countered the curator for the Oklahoma Science and Arts Foundation planetarium who publicly stated these astrological objects were on the other side of the earth at the time reported and were incapable of being observed!

On that hot summer night the Oklahoma towns of Pauls Valley, Lindsey, Stratford, Fort Sills, Pawnee, Yukon, Durant, McAlester, Vinita, Eufaula, Miami, Sapulpa, Wewoka, and Coalgate were host to strange lights reported in their skies as UFOs made their massive presence known. It didn’t stop there as UFO sightings were reported from Kansas to New Mexico, Dallas, Texas to Nebraska, from Colorado to Wyoming. A seeming nocturnal invasion of the airspace of the US was taking place while the US Air Force did its best to dismiss these numerous incoming reports. Despite the official denial 2 US Air Force bases did acknowledge tracking UFOs!

A truth that cannot be denied

Just to demonstrate the disparity between the dismissive verdict over UFOs by officialdom and the very officers of agencies that deny the credibility of eye witness reports, was the account given by Ray C. Hall Public Relations Officer for Oklahoma Civil Defense Agency. In a letter, Hall admitted to witnessing a UFO sighting while he was driving between Oklahoma towns of Moore and Norman. Duration of the visual contact was 30 minutes from 10:30 to 11:00 pm on that Monday night. As he was driving he acknowledged that a local radio station KNOR was even broadcasting a talk show that made reference to a gathering of 40 people who were using binoculars and an portable telescope in a parking lot to observe the very aerial light that he was observing! With the top down on his convertible, Ray Hall was stunned by the sight of 4 to 6 bright objects that were large enough to be a quarter of the size of the moon in the sky, and they were all rhythmically blinking! In relation to air traffic he observed, Hall stated that these UFOs were many times brighter than conventional aircraft. He observed the objects moving northeast of his location when they flashed yellow or white and then they changed their flight paths to a southwestern direction.

On August 3rd a state trooper reported UFOs over the town of Turly, Lawton, and Erick while an official from the Federal Aviation Administration declared that UFOs were the latest American lore and summer only expedites people’s imaginations. August 4th Edmond was again the scene of UFO activity as a family of 5 members spotted 4 red airborne objects that shown brightly, dimmed, and became visible again as they watched. That same night in Cushing, Oklahoma, a church congregation of 25 members gazed up into the sky and watched a literal airshow of unidentified orange lights that danced and pirouetted through the night sky and were joined by two more red objects. This formation proceeded to continue their aerial display before finally disappearing from sight. The Cushing Sheriff’s Department also witnessed the fantastic display!

The end or just the beginning?

August 5th marked the supposed end of the flap as the Tulsa Highway patrol got a report of a UFO that had landed, but was not confirmed. That was at 9:24 pm. Yet, another report came in from a man in Tulsa who claimed that a UFO had landed behind his house, was a glowing green color, and was still there as he was calling in his report. Apparently, no forensic evidence to support the location of the landing site was recovered. At 8:49 that same night another Highway patrolman made the report of a UFO hovering over a field 15 miles southwest of Seminole, Oklahoma varying in height from 200 to 1000 feet in altitude. This night was far from over for UFO sightings however as the Shawnee PD reported receiving 30 calls based on 4 or 5 objects described as lighted globes that passed overhead on a northeasterly course. These strange aerial anomalies did not give off the normal sounds of conventional aircraft as witnesses reported a humming noise. These objects were similar to the ones reported the night before there!

A banner year for the unknown

Even though Project Blue Book did investigate the sightings and years later numerous individuals researched the data collected over these sightings, no adequate answers were arrived at that could explain away those UFO reports. Project Blue Book failed to mention the results of their investigation, yet the Norman Journal covered the story of multiple UFO sightings, Norman radio station KNOR covered the story, and several police departments and state troopers also reported their sightings as well. It seems like the years of 1965 and 1966 were fruitful ones for the visitation of UFOs who preferred to ignore the frivolous attempts at their dismissal by government authorities as they blazed through the night skies of Oklahoma with impunity!

Reasonable requirements for space prevent further length of this article but there will be more to come as we probe into the fog of the surreal and explore things that aren’t supposed to be in the eyes of our intrepid government agencies who don’t seem to view the same reality as we do.