UFODigest.com » Science » Human Consciousness » THE AMAZING DISINFORMATION PROGRAM OF THE POWERS THAT BE 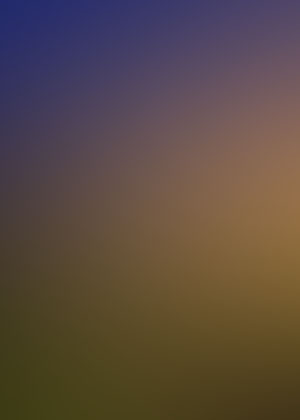 With all the lies of the mainstream media here in the US that we must have to sift through if we bother to even listen to them or the half-baked rumors continually surfacing all over the internet it is a tough job deciphering what is true and what constitutes political rhetoric these days. If we are not already hard pressed enough with a President who tells out-right laws about the much unwanted socialized medicine in Obamacare, we must now consider some recent revelations about generally accepted stories that have shaped our culture that have been uncovered for the lies that they were fabricated to be.

You might recall the chaos that occurred when Orson Wells and his Fireside Theater radio program put on the now infamous “War of the Worlds” reenactment of the H.G. Wells novel written in 1897. On a Halloween night in 1938 that broadcast created a national panic that resulted is hysterical Americans, some deaths, and destruction as panicked citizens awaited the invasion of Martians. The realistic audio play by Wells and his fellow performers shocked a nation who expected death rays, mechanical walking machines, and poison gases to assault their towns! It took decades for the truth to finally surface about this seemingly innocent show that had unintentionally created such mass hysteria. As it turns out this was an intentional event sanctioned by the US government to study the public’s reaction to such an event.

As long ago as the turn of the century in the early 20th century plans were discussed to create just such a scenario. To either ascertain the sociological response of the public or perhaps learn how to use the tool of psychological manipulation to influence the masses, this scheme was hatched by authorities.

A condition that never existed before?

Few can forget the impact of the book about Sybil, supposedly the saga of psychological patient, Shirley Mason. According to Flora Rheta Schreiber, a young girl suffered from a new condition known as multiple personality disorder. As America embraced this book and marveled at the work of this dedicated psychological researcher, the truth did not soon emerge. Years later according to Rush Limbaugh the much hailed story and progress made in mental health advocacy turned out to be a sham that was perpetrated to see just how suggestive the public could be.

The making of a new disorder

As soon as the Sybil book and movie were released and enjoyed rave accolades, a sudden outbreak of multi-personality disorder emerged and got much coverage from the US media as being a valid consequence of the pressures of modern day life and the result of abuse suffered by many people. Yet, all of this was launched from the manufactured personal story of a non-existent patient, a young girl supposedly tormented by the visitation of adverse personalities that manifested themselves within her mind. One must surely wonder just what kind of damage to people’s lives has resulted as well as the unnecessary treatments that were used in response when gullible people imagined their bizarre mental condition.

In the mid 1980’s author Whitley Strieber set the world on fire with such novels as “Majestic” and “Communion” which was also made into a compelling movie starring Christopher Walken. According to Strieber an unprecedented number of Americans and people all over the world had been subjected to a night invasion of alien abductions. These forgotten abductions were responsible for many psychological disorders that plagued people who could not account for missing time, biopsy type scars on their bodies, and frightening flashbacks that they often experienced awake or in nightmares they could not explain. Strieber suggested that the US military who knew about this was basically impotent to do anything about this disturbing phenomenon.

Strieber himself even admitted to being a victim of the unusual assault upon human beings by a diabolically stealthy nocturnal extraterrestrial agenda. Women were even reporting the disappearance of their fetuses for reasons unknown. It seemed that Strieber had uncovered a sinister ongoing program by marauding UFO occupants who were victimizing the unsuspecting and innocent while in their beds in the thick of the night. Not so, say whistle blowers according to Rush Limbaugh in a past radio program. This, once again, was an anomaly intentionally introduced into American society to invoke yet another artificial syndrome this time stemming from an extraterrestrial source of antagonism. A stunningly successful writer and authority on the alien agenda had proven to have fabricated a new imagined threat to further entice the weak and easily misled into another trauma of unknown proportions.

This is not to say that abductions have not happened nor to dismiss the fine work of Budd Hopkins, David Jacobs, John Mack, or JohnFuller, but simply to expose the agenda that was caapitalized upo by Whitley Strieber in his creation of his fictional accounts intended to be taken literally. Manipulating public opinion for profit and personal gain seem to be quite powerful persuasions in the present day.

These are only a few examples in which elite government psyops programs have been unleashed upon the unsuspecting American public for the purpose of government authorized social experimentation. The scope and ultimate intention of such secret projects is chilling and indicative of another more sinister agenda that points to designs that can have no positive effect upon the population. This demonstrates a campaign of unjustified intrusion into the lives of innocent people who can be manipulated easily by the suggestions interjected into the mainstream so as to manifest sociological impact of a very ambivalent and secretive planning that displays little in practical or realistic results in the field of study unless it is aimed at the manipulation of the public using fear and confusion.