UFODigest.com » Aliens and UFOs » Ancient Astronauts » THE ANUNNAKI AND THE NEW WORLD AUTHORITY

THE ANUNNAKI AND THE NEW WORLD AUTHORITY

“Today, as we move forward into a new millennium and in light of cutting edge research and field work by many well respected scientists,” said Robert Steven Thomas, “I believe it is now possible for humanity to shake off the age-old dogma and primitive assumptions we have been led to accept as our history, and replace them with a truth far more logical and compelling.”

Thomas described himself as an amateur historian of over forty years with a library of over eleven hundred non-fiction books on history, religion, philosophy and the modern sciences (p. 533). He dedicated his work to answer three major questions: where do

we come from, what is the purpose of life, and what is humankind’s destiny? 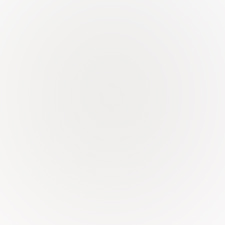 Thomas tentatively began his quest with questions about the magnificent “stone work” of the ancients. He spoke of the miraculous construction in Lebanon at Baalbek in the Beka valley. There were also Egyptian monuments. One was the Great Pyramid. Thomas outlined the work of American engineer Christopher Dun:

“This evidence is to be found in direct and clearly visible markings and the abrasion of trace impressions, left by sophisticated machinery on extremely hard stone surfaces,” said Thomas, “used in the construction of the pyramids and many other stone objects found throughout the Great Pyramid and Egyptian ruins.”

Thomas marveled over how ancients came to possess knowledge of the “precession of the equinoxes,” the Giza Star Map, the Piri Reis maps, and the Mayan Aztec Calendar.

“There has been no paradigm shift in our thinking to account for the fact that someone in history prior to our present era,” said Thomas about the Piri Reis map, “had the ability to see through the ice masses of Antarctica up to two miles thick and map the coastline.”

The Mayan-Aztec Calendar: “…it remains clear that the degree of scientific knowledge and understanding that is demonstrated in the construction and the function of this calendar is far beyond any other single achievement that has been discovered in relationship to these cultures to date,” said Thomas. “The information contained in these calendars is not primitive, but highly advanced.”

Tiahuanaco-LakeTiticaca: This included the Gateway of the Sun, Puma Punko, and the Kalasasaya Temple. “By any reasonable standard of measure the structure and function of the ruins at Tiahuanaco are beyond present understanding in relationship to the remote time in history during which they were constructed,” said Thomas, “to discover their purpose we must engage a new way of thinking…”

Quimbay Jets: These ancient Pre-Columbian artifacts were a hypersonic aeronautic design and replica of the NASA space shuttle. “It is not a stylized bird, bug or fish as described in the window of the display cases of the museums where they are kept,” said Thomas. “It is a stylized jet aircraft. No amount of weaseling around it will change the fact.”

Sixteen-times-larger, scale models from balsawood, fitted with a small airplane propeller engine in one model, jet engine in the other, flew flawlessly “without any modifications to the original Baya design.”

“There is no question that advanced knowledge existed in the past,” said Thomas. “Though it may seem by some to be a rebellious position to take, we don’t dismiss the evidence by living in denial and refusing to accept the logical and obvious.”

“With their ability to negotiate interstellar space travel,” said Thomas, “the Anunnaki were clearly much further down the path of scientific knowledge than we are in our current state of understanding. They would certainly have mastered many of the secrets of genetics which enable an increased life span.”

Thomas created a drama-of-events about Anunnaki history based on Sumerian legends, much like Zecharia Sitchin’s research. This involved advanced technology, including genetic tampering of homosapienssapiens. The Book of Enoch portrayed these events; the Epic of Gilgamesh, The Old Testament, Indian Mahabbarata and Vedas, as well as a host of legends and myths.

“Though the Anunnak no longer maintained a permanent presence on Earth after approximately 2500 B.C.,” said Thomas, “there are many historical indications that they continued to have a directly supportive and influential role in shaping historical affairs. They occasionally appear on Earth and influence landmark events and provide pivotal assistance to key historical figures.”

Part II of this article continues …