UFODigest.com » Aliens and UFOs » The bizarre fate of Phil Schneider 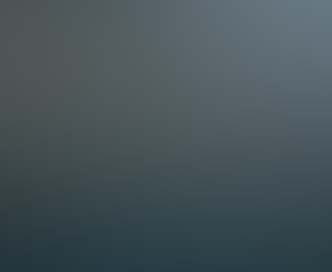 The old saying, “where there’s smoke there’s fire,” seems quite appropriate when considering the suggestive evidence that points to UFOs and underground bases. Phil Schneider, a government geological engineer, not only saw too much, but paid the ultimate price for reporting it to the public.

It has been rumored for sometime that secret underground military bases have been under development and construction since 1947. Is it any coincidence that 1947 marked the year that the Roswell Incident occurred in New Mexico? It seems that the two events are interrelated according to the testimony of many.

In the employ of secret deep underground installations

It was his job to evaluate rock strata below the surface and determine what type of formations at certain depths existed where underground projects had been chosen to begin. These evaluations involved Phil and others to be lowered into deep shafts to observe layers of sedimentary and igneous rock which would determine the type of excavation to be used. From there he would recommend to construction teams what types of explosives, whether the rock would be melted with high heat, or displaced with the powerful kinetic energy of remote charges.

In posession of forbidden knowledge

For many years he lived with the knowledge that our government was concealing highly controversial operations that centered around secret installations deep within the earth. These military constructs more and more pointed to something sinister as he became more deeply involved.

According to Schneider, he was made aware that someone else was working with the human workers who risked their lives in these operations. Someone dwelled deep beneath the surface of the earth, who was dangerous. Unfortunately, Phil Learned too late before being involved in a terrible firefight deep within a dark shaft he had been lowered down into by a basket.

To see Phil Schneider giving a lecture you were immediately gripped by his sincerity and candidness, but there was something else distressingly convincing. Phil had lost 3 fingers on his right hand, apparently severed with the precise beam of a deadly weapon that operated with surgical precision. He had also suffered numerous other life threatening injuries although he was amazingly sharp and concise as he described the fantastic events that enveloped him on his ill fated journey beneath the topography of the New Mexico desert.

On an appointment with destiny

On a typical descent into an exploratory shaft designed for sampling the underlying rock formations Phil had been lowered down in a protective suit. It was suspected that radiation levels might be unsafe. Three shafts were drilled that day. Incredibly two began spewing a kind of black soot. They were curious to see what was causing the strange reaction. Phil descended with a pistol on a hip holster. Several hundred feet down terrible things began to happen.

Schneider spotted a extraterrestrial type of creatures and immediately drew his hand gun, which was not particularly easy with his cumbersome protective wear. Two small,  gray, aliens were his targets and he quickly fired killing both, but another entity, much taller, and with no apparent weapon, simply waved its hands in front of its torso. Phil was struck with a blue beam of intense heat that immediately blew 3 of his fingers off and cut open his stomach! His right foot was burned to a crisp as if he had been struck by lightning. He had not been killed, but blown backwards and knocked down. Schneider was dazed and surely destined to die.

Saved by a Green Beret

If not for the efforts of a Green Beret soldier who hoisted Phil to a sitting position and activated the winch to ascend upwards, Schneider admitted he would have been dead. The heroic efforts of the Green Beret soldier only resulted in his own death as he was struck fatally by the disintegrating force of another beam. As Phil sat almost helplessly a vicious exchange between US military men and the alien creatures raged underground. Many men were killed according to Phil, who was enraged that the US government had not informed them that there were indeed malevolent creatures beneath the earth’s surface that had been there a long time, and were ready to use force if disturbed.

Phil Schneider told his audiences that the US was at war with a subterranean enemy, alien invaders who had apparently been on the planet for centuries, and man had stumbled upon them in his secretive projects. So here he was in front of the camera speaking live to a spellbound audience, his hand before him looking like a lobster claw due to the missing index, middle, and ring fingers, sheered off by a deadly alien weapon.

Archeologists as fossil experts have often puzzled over the awkward discoveries of erratic finds or evidence that do not fit the age or genre of strata it is encased with. Miners have stumbled upon ancient rooms or chambers thousands of feet below the surface of the earth, inexplicable, mysterious, resisting explanation. In the book “Footprints in Time” the author makes many references to bizarre finds that are cast aside by science because they contradict the timelines that have been theoretically devised to build a consistent documented history. However, the text book procedure falls short by failing to explain the erratic, the obvious flaw in their paradigm.

The intentional inaccuracies of teaching the fossil record

Emmanuel Velikovsky pointed out in such books as “Ages In Chaos” that the Archeological community was using flawed data by ignoring erratics that had to be explained. Why were dinosaurs with grass in their mouths found in upheavaled strata distinctly different than the layers they should have been encased within? His theory established that asteroid and comet strikes had violently transformed the earth and disrupted the predictable erosion patterns of the planet. Yet, until his theories were accepted, Velikovsky was ridiculed by science, unwilling to reconsider its mistaken recreation of geologic and archeological history.

Now we today must reconsider many of the assumptions we have made about a history fed to us by our educators that is incapable of answering the strange incidents described by people such as Phil Schneider. According to him somebody that remains largely unknown to the surface dwelling human race is lurking below, ready to lash out at man whenever he intrudes.

Phil makes a road show out of exposing government secrets

For the last two years of his life, Schneider spent time making his shocking lectures wherever and whenever he could. His scientific expertise and extraordinary accounts remind us that all is not what it seems, and that governments are not to be trusted. Unfortunately, Phil Schneider didn’t live long enough to inform more people than he might have.

An underserved end of a patriot’s life

Within the last months of his life, Phil had suffered a divorce and was having emotional problems. In 1996 at his apartment in Wilsonville, Oregon, Phil Schneider was found dead, executed in military fashion, tortured and strangled with piano wire. Schneider was suffering from terminal cancer and did not have long to live anyway. Why would someone consider him to be such a threat that even in his dying condition, Phil Schneider had to be assassinated? Obviously, this is an ominous indicator that he had trespassed too close and for too long upon the forbidden reality the government attempts to cover up and conceal from the people? Such is the perilous journey some of us are brave enough to take when we are determined to shed the light of day upon, not only, the evil that men do, but that entities from beneath the earth undertake as well.