UFODigest.com » Paranormal » Occult, The » The Creek Had An Attitude 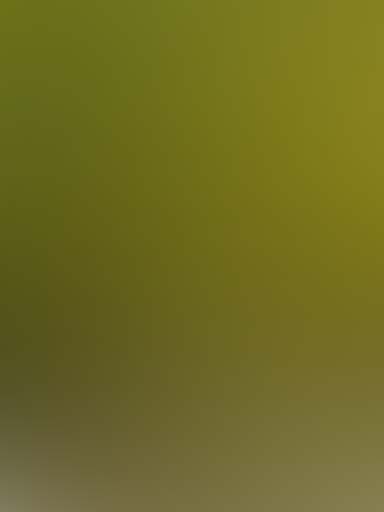 It was a gorgeous autumn day as my wife and I turned off the main highway and on to a narrow road that held the promise of satisfying our desire to see some of the beautiful fall colors so prevalent in the mountains. Sure enough as we rounded a curve and drove between two huge granite boulders we found ourselves in a wonderland of yellow, red, and gold leaves. It was almost as if we had entered a different world. Little did I realize at the time how different. Momentarily I was to experience a side of nature mostly unfelt by a generally unaware mankind.

Just a short distance ahead I saw a place where we could pull off the road and park. As we got out of the car I could hear gurgling water close by. A short walk through the riotous colored aspen grove brought us in sight of a delightful little creek tumbling along on it’s way toward the valley.

It seemed like one of the most perfect settings in nature I had ever found. A crystal clear stream with aspen and evergreen trees crowding it’s banks, while the view straight up through the forest was dominated by an electric blue sky. Looking forward to a few minutes of quiet contemplation I sat down on the bank of the creek and laid back against the trunk of an aspen tree. I relaxed and allowed my consciousness to shift slightly as I completely opened to the flow of nature. Almost immediately I was surprised by an air of discord. In this otherwise ideal setting there was an undercurrent of something not right.

One by one I connected with the various beings there. The trees. The moss. The rocks. Even the dirt. All seemed as it should be. Idly I glanced down at the water rushing along nearby. Could it be? Surely not. I bent over and with my fingers spread wide I gently touched the water. At the instant of contact I felt an almost electric shock. So much so that I involuntarily jerked my hand away and slumped back against the tree trunk. In that brief moment of contact I had felt a deep distress in the water.

It didn’t make sense. From my point of view here was a beautiful stream that had originated from the mountain snows and tumbled down several thousand feet over and around boulders and rocks on its way to the valley. Now, instead of being full of exuberance and joy, the creek was plainly unhappy.

I decided to see if I could find out why. I suggested to my wife that we drive further on up the canyon and take a look around. After we had gone maybe a mile the pavement ended and the road became a mixture of dirt and rocks. Through the trees we could still see the creek as it made its way through the canyon. Then suddenly it made a sharp bend and as we crossed the bridge over it we saw a building ahead.

I could feel a strong vibration and hear a loud hum, both of which intensified as we neared the building. A sign on the front identified it as a power generating station. I parked the car and when I opened the door and got out the air was literally crackling with negativity. I could see the water gushing from an outlet at the end of the building. I walked toward the creek just downstream from the outlet but had to stop short because the negativity of the water increased to the point that my consciousness was starting to fail. I was being buffeted by continuous waves of deep unhappiness. Fighting to keep from passing out, I staggered backward and slumped against the car. I motioned for my wife to move over behind the steering wheel. I opened the door and fell into the car and asked her to get us away from there.

I don’t mind telling you I was shaken up. Since I was not expecting such a depth of negativity to be present in such beautiful a place I had lowered all of the shielding I usually have around me as a buffer and so I was wide open and unprotected. As a result I had taken quite a hit, which went from bad at the first encounter to nearly overwhelming near the powerhouse. I can’t really tell you what this kind of jolt feels like but one thing is for sure…it is not pleasant.

By the time we had gotten back to the main highway I was feeling better and suggested we drive on up to the mountain pass. I wanted to try and find out the rest of story on the cause of this extreme unhappiness.

As we climbed ever higher I could see the location of where the creek made its way down from the high country above. But I could see no water…only a continuous line of large rocks in what was obviously the stream bed. I began to have an inkling of what I was going to find when we finally reached the top. When we arrived at the pass a lake soon came into view and, sure enough, a dam had been built across its outlet.

I noticed a sign near the shore and went over to have a look. There, in words and graphics, was the explanation I had been seeking. The water comes from snow melt and several small glaciers. Almost immediately it flows into a lake that has been dammed to make it hold more. From there it flows into yet another dammed up lake and then into the one where I was reading the sign. From there things went downhill in more ways than one. The water enters a penstock of almost 4,000 feet in length that ended at the power plant. After being blocked by three dams and then forced to flow down a steep, dark conduit to spin a generator the water was unhappy, distressed, and ticked off so to speak. And understandably so.

Now there are some who will say, “For crying out loud, it’s only water! What difference does it make if it’s dammed up or whatever?” But you see, it is not just water. It is much more. It is a living entity and much more than what is seen with the physical eyes. All things in creation are alive and have consciousness, and yes, Mother Earth and all of her beings have feelings…each in its own unique way.

If we will step out of the cramped little boxes we have built around ourselves we will begin to see so many things we can do to help improve the quality of all life. To help heal the uncaring abuses against nature. If we will but make the effort to open ourselves up to the supposedly impossible we might be astounded at the way things really are.