UFODigest.com » Aliens and UFOs » THE DEMON UFO CONNECTION – PART I 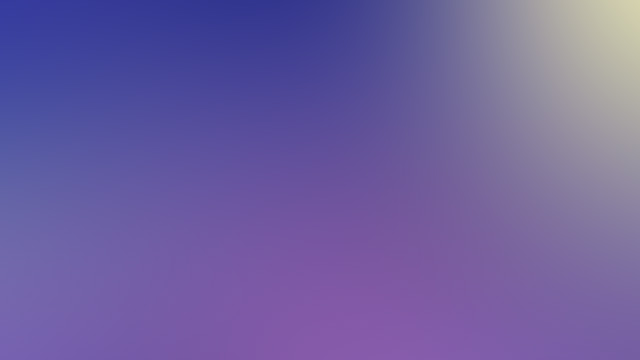 It was 1995 and I was doing the ground work to produce a documentary on UFO’s for Plano Telecable as it was called then, a prominent and competent TV and internet provider at the time. We were using their studios under the aegis of public access and things looked very promising. I had been writing many UFO articles under my “Unexplained Mysteries” column for the Plano Star Courier which also owned a number of other suburban papers in the immediate area, so distribution of the newspaper was around 300 thousand or more.

No answer from the powers that be!

More importantly, a very esoteric truth was reaching the public dismissed or repudiated by the authorities yet undeniable as facts tend to be as time rolls on despite the denial of the purveyors of conventional wisdom especially when that wisdom is flawed. I knew that all too often too many depictions of inexplicable sightings that had been attributed to  conventional explanations were indeed due to a phenomenon that was neither understood by the deniers as well as myself and those of the UFO community who felt secure in their knowledge that a mystery had been at least partially solved.

Yet, the fact that the interplanetary explanation was not sufficient to answer all the questions posed by such observed and documented witness accounts of airborne anomalies that left the military frustrated, the civilian authorities in a crisis of integrity to adequately explain, and the individual who had to ask themselves just what had they seen and what did that speculation lead to. This led to a quandary for the sociologists who had to ask just how this affected society as a whole and what would the future implications be when a myth influenced the masses, or a new revelation of technical inferiority to a foreign or alien civilization would alter the core beliefs of humanity.

Anatomy of an enduring mystery

The question fell upon a technological timeline and how that would alter the perceptions of culture without addressing just who or what accurately was behind this troubling phenomenon that had inconveniently  appeared on the scene and had begun transforming our perception of who we really are and just where we are in relation to the universe in terms of our relevance in the scheme of things as we determine where we are in comparison to other possible civilizations that had more time than mankind to evolve and develop technologically which could be thousands of years ahead of us, but what if there were another explanation?

Nothing to do with evolution

In deference to the accepted wisdom of those that had existed before us as a technological society who had developed their instrumentality perhaps centuries before us, had visited us while we were but savages in a primitive state, and had inadvertently left traces of their intervention in our affairs as evidenced by ancient recorded accounts such as Biblical and Hindu accounts of seeming paranormal accounts that were merely the descriptions of ancient men trying to convey their accounts of high tech incidents of warfare and advanced aircraft as being under the terms of their respective religions as actions of Gods rather than what today would seem like the modern day instrumentality of space craft, military aircraft, and even weaponry we would recognize currently but would appear to ancient men as the divinity of God demonstrating miracles in front of our ancestors.

However, I submit to you that there is another even more disturbing explanation that transcends the mundane explanations based upon a superior technology perceived by ancients, explained in their limited verbiage, and then interpreted as the instrumentality of a more advanced race is no longer adequate or even accurate to describe just who or what had left this mysterious footprint in our reality that presents a contradiction to the accepted reality that we trust that all of us share, no it is not that easy. Something else is afoot. Something else had intervened into our limited realm of perception. It is not in the realm of extraterrestrials. It is not within the realm of fantastic beings who have mastered reality as we know it in the form of  ultra terrestrials as is offered up under author, John A. Keel. This does not fall under the category of the historic manifestations feverishly documented by John Forte as Fortean Phenomenon.

This elusive block of evidence that caused the Soviets and Americans who might  reconsider terms of the Salt I and Salt II treaties under the aegis of a UFO problem that needed to be addressed and cooperatively reported by both super powers in order to avert World War III. In a chain reaction of errors caused by the misinterpretation of unidentified radar targets in crucial and hotly contested air space in the narrow corridors that separated US territory from Soviet international boundaries where reconnaissance aircraft could be shot down, where Naval power could be at risk, and where the violation of international rules of engagement could be provoked by an unknown object picked up by radar or satellite detection could cause a major conflict!

Conventionality does not apply here

No, this finality of a definitive explanation of the UFO phenomenon does not fall under the category of conventional military or diplomatic terms.  There is perhaps even a more insidious answer to the decades long mystery that has invoked the resources and response of the super powers to adequately respond to a global conundrum that had been responsible for the loss of pilots and aircraft, has left observers spellbound, had led police to instigate chases, has been responsible for abductions, has fueled evidence for the cause of cattle mutilations, has caused our science to advance in pursuit of highly advanced technology, and had forced our sociological re-evaluation of ourselves in light of an epiphany that has emerged as a result of the UFO effect upon humankind.

I submit to you that it is not that simple.  It does not target just the ramifications of a superior technological civilization or civilizations.  It does not involve the infiltration of our reality from another dimension.  Most likely, this elusive perturbance of documented historical anomalies does not involve time travelers who have stumbled back into our time continuum unrecognized by us as our own, but as extraterrestrials as a result of our ignorance.  No!  This will not suffice as a justifiable determination as to what has invaded our reality with the inexplicable manifestations that have not only mystified us, but has led us to inadequate explanations that have led us astray as a society.
In Part II we will discuss what may be the true definition of the UFO and it’s problematical source!