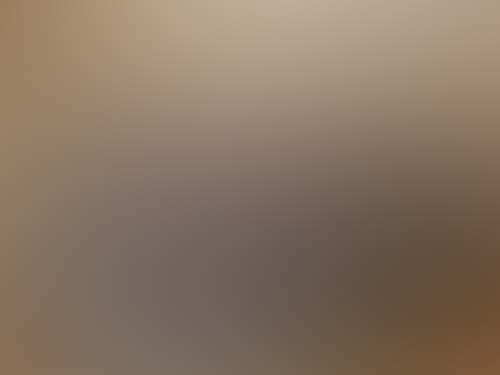 INITIAL REPORT:
Date to the there: January 3, 2014, Saturday Time to be there: 7pm: Contact Person: Elida Rincon – Occupant; Address to be at: Thornton, CA – History: Sister-in-law’s boyfriend was murdered in 2012, he was 19 years old, he haunts the dwelling. Occupant sees outline of the murdered victim, she has seen his full body apparition. She hears his footsteps, she feels like he is watching her. Murdered victim once lived in this home. He hides the house keys sometimes. Case Manager: Becky Cardenas

FIRST INVESTIGATION EVIDENCE:
There is a shrine for Philip (deceased) in the home and most of the activity was near the shrine. Becky’s K2 meter went off like crazy and it appeared to intelligently communicate with us when we were asking questions. Doing some quick and dirty EVPs, when we asked Philip if he missed his girlfriend Marian – he answered ‘yes’. Many EVP sessions took place and there were strange voice like noises of a man, but they were unintelligible, then we captured the clear ‘yes’. Orb photos are being taken in this residence, we will attempt to see if the orbs have intelligent movement. There is a closet in the living room and Becky’s PSA-POD Programmable Sound Amplifier went off many times. Mark Bales says: “We captured an E.V.P. of music being played from one of the bedrooms also. It sounded like it came from a radio but none was turned on. It was faint, but it was definitely music.”

THE OCCUPANT SPEAKS:
Elida Rodriguez in her own words explains the haunting, see below:
“Hey there Paul
It’s me Elida sorry its taking me this long I’ve been really busy here volunteering at our community center….
so let see where do I begin…

Well, ever since I was little I use to see things out the corner of my eye, or just have this weird feeling someone was watching me… it started to get more active as I started to grow. I would hear whispering or like high frequency noise especially while I would be getting ready to fall asleep I use to sleep with the radio on to sleep until one night I started hearing, I don’t know what to call it ….I guess voices coming out the radio I jumped up and turned off the radio… I laid there trying to make sense out of what just happened…

Now fast forward to the year 2009/2010; I had just gave birth to my last daughter Liliana my little princess.. anyways so one evening while I was getting ready for her feeding she was on my bed and we were both facing the door towards the hall way, when my oldest daughter Victoria asked me if I just went into her room and ran out fast.. I just laughed and said that’s impossible because I am feeding your sister my boyfriend was asking what happened what is going on.. we explained to him what she was saying when my boyfriend sat down on our bed and my daughter was standing in the door was to our room when me and my boyfriend just stood quiet and looked at each other in disbelief.. what we seen was shocking we had seen what my daughter had thought was me..Special Note: Could this be a doppleganger. Paul.

It was a female figure in a white flowery dress…. come out her room and go out about half way to the hallway and just turn right back and went into my daughter’s room… we just stood there in shock…my daughter just stood there saying what??? We didn’t say nothing just stood quiet and told her nothing and just kept on going about our night. There was another scary and frightening event that happened to me while my boyfriend was at work. he worked nights at this juice plant in Bakersfield where we lived at the time. While I had a habit to leave the TV on at night just to use the light as a night light for our daughter I had dozed off in to a deep sleep… so while I was asleep I was still aware of my surroundings as I’m sure most moms are… anyhow.. so I was lying on my right side and I could feel as if my boyfriend was climbing in to his side of the bed.. the bed was kind of moving like when you feel someone crawling in not to wake you.. so I just assumed it was him. then I felt as if someone or something came up to my ear and in the most horrible voice ever say “GET OUT” I jumped up and turned around and no one was there next to me.. I was covered in goose bumps… I started crying because I had this horrible experience that I knew was real it wasn’t a dream or a hallucination. I know what I felt and heard and just the environment itself was so thick and horrible…. I called my brother who lived just literally around the corner for me he ran to my house and when I opened the door he was like whoa…. Eli! It feels scary in here like the environment he said was scary something out of a horror movie he helped me pack some of my clothes while I called my boyfriend and told him what happened I was out of there at that night… I wanted to move but being young adults with a new baby we could not afford that. So for the next 3 months when my boyfriend would get ready to leave for work I would pack me and the girls some clothes to sleep at my brother’s house and that how it was for a while till things started to feel safe around there. it seemed as if it calmed down. Then life went on good until I get a call from my boyfriend saying something bad horrible to his brother in law. It was March 26th of 2012, I will never forget that day.. because I had a miscarriage years prior to this relationship.. so that day will always stay in my head.

So I was attending college in Bakersfield for medical assisting and during that day I was feeling funny like something bad was going to happen so I got home that day and I say within 15 min my boyfriend gets a call from his sister screaming that someone shot her boyfriend… we could understand what was being said or what not… so she hung up and someone else called us and told us the same thing.. we found out that a good friend of my boyfriend was shot and killed about a house over from where we live today. I didn’t know this kid that well I’ve only seen him a few times and maybe talked to him twice. So it wasn’t as if we were best friends or anything anyways so that night when my boyfriend and I were going to bed we were just still in shock over the death of this guy he has known. we just laid there thinking gosh what happened? Why him? He was going to be a father for the first time and he was so excited… that what hurt us more because he would never get to enjoy or see his baby grow. Later that night as I stood there lying down I finally fell asleep and I swear what I’m about to tell you happened as if I am alive today. So I want to say in my “dream” I was counseling my boyfriend’s sister and we were sitting on their couch at home I could feel her tears fall on to my arm.. Then out of nowhere her boyfriend Angel is what I’m going to call him barged in to the house.. he scared me so I kind of jumped and looked at him he was in the most beautiful white long robe ever I was just in shock he was so beautiful looking and very young.. I guess while I sighed he turned to me and said HEY! u can see me? I just nodded and said yes.. he went on to tell me you can see me?? tell me why? no one is talking to me everyone is ignoring me there mad I don’t know why… while I stood up he was all in my face telling me what happened? I remembered just going to the store and now everyone is mad. I stood in front of him and told him angel, the reason why no one is talking to you is because you died yesterday… he grabbed me by my arms and sort of shook me and said NO, NO, DONT tell me that!! your telling me that I’m never going to see my son grow up… I just started to cry and he started crying and the next thing I know I woke up as if I was being shook by my arms and I woke up crying and hyperventilating and my boyfriend turned around and said what the hell is going on are you ok… he grabbed me and held me tight I just cried in his arms then he asked me what did u have a bad dream or what?? I said no, it was an angel he came to me in my dream… he looked at me with this face as if he didn’t believe me but instead he said what? Why you? I looked at him and said you ask him. he wanted to know why no one was talking to him. I had to tell him he died. It was the hardest thing I had to do and still to this day I think of that dream or whatever it was oh and by the way my sister in law did have a baby boy at that we didn’t know until the day of his funeral yeah I didn’t know till that day I was just as shocked because that confirmed it wasn’t a dream … so now it’s going on three years of his passing and we decided to move up north to be with my boyfriend’s family to help them so we have been up here ever since and now that we all live together so we have been here 3 years this March… we been here to help my sister in law and mother in law raise our nephew.. This little boy looks just like him and is the identical twin. But now we have been living here and we feel his spirit around and someone else when can all be in the living room and we can here footsteps as if someone is walking up to the living room and there is no one there. I’ve gotten my hair pulled in the living room… in Angel’s room when you walk by u can see as if someone is pacing back and forth and when you open the door no one is in there.. for a while my nephew used to look over his shoulder to his father’s shrine and just laugh as he already knew him.. my daughter Liliana is scared to be alone in our room or the living room for a while she would say that she would see her uncle Angel standing there just looking at her. My sister in law has had experience in there room as well…

So Paul now you see why we need help especially me.. lol I think I’m somewhat a sensitive and its freaking me out… HELP PLEASE
Thank you Elida Rincon” Email Contact: [email protected]