UFODigest.com » Science » Climate Change » The Feeding of the Fiends 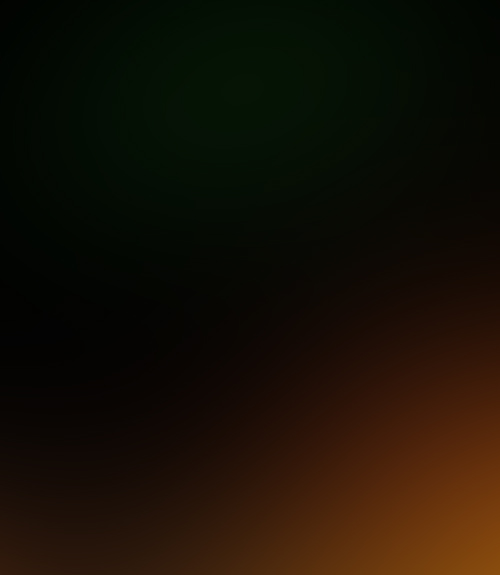 The world is rapidly changing and not the least of these changes is the alterations to the climate of certain areas. This year alone, much of America has suffered from a killing drought one that has struck animals of all types.

Farmers in our area have mentioned how they are having to offer their animals older feed and are glad to still have that option. There is even talk among them that soon corn will no longer be grown here due to the harsh summers and depletion of crops. Some have are already mentioned that they are considering relocation further north, next summers climate being a defining element in this decision.

In recent weeks, I have posted a great many articles on the ongoing outbreaks of black on white violence in this country and elsewhere—and not just “ordinary” criminal violence, but violence of a specifically savage and threatening character)(http://www.amnation.com/vfr/archives/011157.html ( the title – Black and other nonwhite violence against whites: a grim collection) If you don’t ever read the Observer again, make sure you read this article above!!

I think if you look into the information above you will agree about its serious nature, and find that with the coming of possible food and water shortages, that those once satisfied with “Their Hitler like comments in the media”, might finally see the ultimate excuse to up the anti. Insane organizational leaders, will see the strength in these shortages which could lead to stark and brutal competition. They would fuel with their message with this added tension.

Your message has been the need for the extermination of the white devil, and suddenly you and that devil are in the grocery line competing for the last of the beans, you, him and people of every nationality all with the same need. What are you going to do to a group of people you’ve already discussed exterminating? With those devils eating food your family and your friends families could have, will it finally be time to take action?

What if the problems of man’s diminishing surpluses and our inability to replenish them quick enough continue?The United States has a massive population. Could the unspeakable really happen?

Could enemies suddenly becomes what’s for dinner in a Donner party type need, one fueled by hate and an ability to strike back finally in the most savage and basic of ways, one of the most complete? (Cannibalism has been occasionally practiced as a last resort by people suffering from famine, including in modern times)wikipedia

When we think of the Donner party and other incidents at sea, that called for this as a means of survival, it’s different. This would be a different sort of resolution among a group of people, one that could take place in America, and other spots throughout the world. This will not only be ‘groups foraging for food, but strategic acts of war as well.” Enemies in the past have fallen on each other with clubs, swords, muskets and automatic firearms, but these attacks would be preludes to feasting as well.

We know things of this sort have happened in the past, and Europeans , and Americans have been involved. We know that there were numerous Crusades to claim the Holy Land, but do you remember anything about the European knights and foot soldiers that literally cannibalized villages along the way on more than one occasion?

(Reports of cannibalism were also recorded during the First Crusade, as Crusaders were alleged to have fed on the bodies of their dead opponents following the Siege of Ma’arrat al-Numan. Amin Maalouf also alleges further cannibalism incidents on the march to Jerusalem, and to the efforts made to delete mention of these from western history).[http://en.wikipedia.org/wiki/Cannibalize

Finally ask yourself, outside of a string of cannibalistic murders and attacks in the recent media, could this happen in less isolated cases?

Earlier this year the United Nations accused rebels in the Democratic Republic of Congo of cannibalizing their enemies, and of forcing families of the victims to eat the organs of their relative. http://cannibalworld.com/The_Latest_Cannibal_News.html

Cannibalism has recently been both practiced and fiercely condemned in several wars, especially in Liberiaand Congo/http://en.wikipedia.org/wiki/Cannibalism

RUF was a revolutionary group based in Sierra Leone in Western Africa. By the late 1990’s they had been mired in a long bloody campaign to topple the central government. These insurgents terrorized rural Sierra Leone in an effort to control the nations diamond mines. Aided by factions of the National Patriotic Front of Liberia, these groups committed horrific atrocities which included forcing children to become soldiers, amputations of limbs and cannibalism of enemies, including peacekeepers and United Nations personnel. Their motives for eating their enemies were to receive “strength” from eating human flesh and as a tool for intimidation. The exact number of victims is unknown.

There were accounts of Japanese troops cannibalizing victims in world war 2, www.monstropedia.org/

It seems most peoples, at one time or another, in one strait dire enough, have succumbed to need or racial hatred and been part of it, and what about our photos? What do they represent? It is possibly nothing more than animal blood and tissue strewn along a hillside, one of the two bloody white buckets visible.

But just like so many images taken in the dark , passing the strangest of scenes, there are details forever left behind, the rest of the scene that our cameras flash just couldn’t reach. Those details, in these all but forgotten spots, may indicate much more, things we never thought to find in our visions of the job ahead, the search.

Remember that the couple fighting down the hall from you or in the next room has an equal living in some remote house. The odd stranger, who lives alone, coming and going at night is a fixture in the city and the country as well, except in the country as in the movie Alien,in some places, there’s no one to hear you scream.

( When police went to Ed Gein’s Plainfield, Wisconsin farm home to investigate the disappearance of a local woman, they had no idea they were about to discover some of the most grotesque crimes ever committed.)

There’s really no way to just look at someone and know what their capable of, and it seems its always been that way. The points raised above are just facets of our changing reality, things that can’t be ignored if we wish to be wise planning and protecting our futures. The wolf has always ranged outside the fortifications of the past looking for the unwary. The wolves of our age are calculating silent men and women, and those also more than willing to tell the world how badly they want your blood on their hands .
Could the shortages we’re bound to experience in the lean years of the future and the irreparable breaches between us, lead to the horrors I’ve guessed at?
Not since Nazi Germany has there been such serious and evil intent. Our grandparents crossed the world to deal with that evil. Ours is much closer to home. What do you think?
Richard