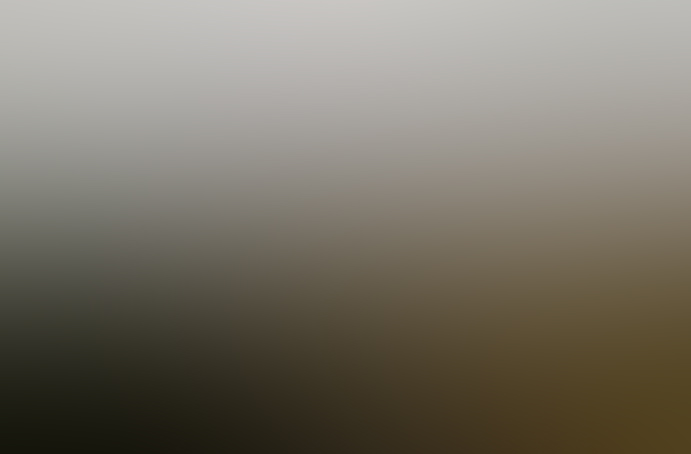 “Our common defense against these predatory ET types is limited but growing,” says Ed Komarek, speaking about his research on extraterrestrials in UFOs, Exopolitics and the New World Disorder.  “Air Forces around the world in the 1950s were estimated to be losing an aircraft a day trying to intercept UFOs, and I suspect that this prompted Five Star General MacArthur, who built extensive UFO/ET files in the 1940’s, to state in 1955 that, ‘the next war will be interplanetary war.  The nations must someday make a common front against attacks by people from other planets.’ Fortunately, this dire prediction has not yet come to pass.”

For more information or to order Ed’s book simply click on the title: UFO’s Exopolitics and the New World Disorder

Komarek hypothesizes that two races of ETs are involved: the Greys and a “degenerate faction” of Sitchen’s Anunnaki called “fallen angels.” He summarizes that the “Global Elite” is already attached and this “highly autocratic earth-human society” and are nefariously directing affairs.

The New World Disorder can hide behind questionable images such as faked radar returns, and as elaborate as “Reptilian” appearances to chameleon “amphibian” Aquatic gods. Such highly bizarre claims purportedly avail themselves to lie-detector tests (p. 46).

There are a lot of questions an objective investigator will ask, such as: What happened to the “pencil slate” the UFO witness kept from a 1955 UFO episode (p. 71)?   How can the governments of the world sustain a Secret Space Fleet with no possibility of an average citizen breaking The Iron Curtain of Secrecy (p. 121)? It is not surprising that Komarek did not find much skepticism on the Internet about Luca Scantamburlo’s crashed spaceship and aliens on the moon, because the vast Internet audience is bent on “believing,” not skepticism (p. 123). When you enter Komarek’s world, things always seem logical, but accompanying “hard-boiled” facts do not necessarily follow.

By the end of the 1950s, says the author, numerous “bases” had been established for liaisons with ETs. Nellis AFB houses Nordic, Grey and Tall-White ETs. “Only MJ 12 knew the whole story,” says Komarek.The Germans were privy to the first UFO crashes in 1936. Komarek quotes General Benjamin Chidlaw, who says in 1953: “We have stacks of reports of flying saucers. We take them very seriously, when you consider we have lost many men and planes trying to intercept them!”

Former Air Force Intelligence Officer Leonard Stringfeld is told that they were losing about a plane a day from UFO encounters (p. 80).

The late Dr. Olavo T. Fontes from Brazil reported in a February 27, 1958 letter that American Intelligence officials spoke with him and told him that worldly governments “have absolute proof” of alien crafts, and that six known crashes had taken place with “little men” of about 46-inches. Propulsion was “rotating and oscillating high voltage electro-magnetic fields.”  Fontes was told that UFOnauts could be very hostile and tend to treat us as “toys” (p. 83). They have an “ultrasonic beam” that disrupts the molecular cohesion of objects and can freely interfere with all kinds of apparatus.

The goal of perturbing UFOnauts, says Fontes, is control, first with “friendly interference,” but followed by total war and police action, if you fail to cooperate; even the President of the U.S “is not informed of the whole truth” (p. 84). Uncontrolled panic could very well ensue.

To control the situation, governments have resorted to strict censorship and top secret orders for fear of pandemic panic and chaos. Ridicule, death and imprisonment are sometimes used. He quotes a high-ranking military official: “We are not interested in the so-called ‘Inalienable Rights’ of the people. Right or wrong we – the military – are going to stop us.” (p. 85.)

Ed Komarek presents case after case of UFO lore that he feels that he embodied the adequate testimony to bolster these facts, such as the Gene Ruegg recording of a phantom jet being abducted in July, 1968 (pp. 86-88).

Komarek quotes from UFO Crash at Aztec about Baron Nicholas E. Von Poppen’s visit to Los Alamos in November, 1942 to see a retrieved ET craft with 5-foot creatures: “…white…very pale skin, as if they had come from a cold world with little air” (p. 90).

Similar to other reported UFO incidents, competent artillery shells fired at a May 23-24, 1974 UFO at the Ramstein Air Force Base in Germany, “…(were) as if the shells were being absorbed or being vaporized at the explosion by some sort of force field.” There was no radar return on the launch control console. A Chapparral Antiaircraft Missile was launched and exploded on the UFO. The UFO descended to the valley floor.

This incident is important because of the variety of military personnel involved as well as the heavy military five-power, the unknown “pod” attached to the C141 aircraft, and lastly the mysterious disembarking “M-16-carrying crew” the pilot of the C141 left at the Wright Patterson Air Force base. Major Mike Andrews was told that this affair was “a highly classified mission and they were never to talk about it to anyone.” (pp. 98-104.)

Chapter Two gets into some rather gruesome and horrifying tales of  “human mutilation” by UFOnauts. We’ve heard the suspicions about cattle mutilations, but to have a human mutilation described in detail could be a little worrisome for most readers. This allegedly happened at the White Sands Missile Test Range in New Mexico in March, 1956.The author also gives us the tale of an abduction of a 13-year-old-boy in October, 1953.

A Three Stat General told investigator Timothy Beckley in July, 1989: “The aliens take about 2,200 children a year from the United States and other countries.”

The vision that comes to Erdmann’s mind when reading this allegation is his personal after-midnight UFO encounter in 1959 or 1960 as he walked home following a late movie: the UFO briefly hovered, glowing above and near him, changed its shape and shot upwards. He wonders, at times, what if…..?

“I am trying to provide the reader with evidence that supports the idea that much of this Breakaway Civilization’s advanced technology and its Super-Secret Space Program,” says Komarek, “is based upon reverse engineering extraterrestrial technologies.”

Much of this is done through Technology Transfer Programs (TTPs) negotiated between ET groups and human governments. Komarek refers to this alliance as the Alien Resource Cartel. “…a very important part of the overall globalist’s network of criminal enterprises.” Bill Hose, Aerospace Engineer, commented: “The organization is extremely hierarchal, especially given the needs of compartmentalization. A worker reports only to his immediate supervisor, and direct contacts with members of other departments and higher management are rare.” (pp. 114-115.)

Komarek speaks of a Secret Space Program based on electromagnetic and electrogravitic-exotic-technologies; corporations that are major players in the Military-Industrial-Complex. He recites the legend: “Many researchers believe that this Secret Space Program and Space Fleet are capable of not only rapid travel about our solar system with bases on the moon and mars, but deep-space-capable as well, as was indicated by Ben Rich.”

Ben Rich supposedly broached remarks in response to how UFOs fly, he remarked: “How does ESP work?” Lockheed Skunk works Engineer USAF and CIA Contractor Don Phillips added: “The knowledge I have of these technologies came from the craft we captured here. I didn’t see the craft, nor did I see the bodies, but I certainly knew some of the people that did. There was no question that there were beings from outside the planet.”

Solar Warden, says Komarek, is the Code Word for our Hidden Space Fleet. “We have visited all the planets in our solar system, at a distance of course,” said Open Minds Forum, “except mercury….these ships contain personnel from many countries and have sworn an oath to the World Government also, known as the Bilderbergers: the technology came from back-engineering alien-disc wreckage and at times with alien assistance.” (p. 120.)

“All this material shows that NASA and the military never really ended manned explorations as claimed,” says Komarek, “but continued covert activities in space and on other planetary bodies.”

A Luca Scantamborlo’s story about the triangular ET craft, a mother ship, and an alien base on the backside of the moon is what can be described as a ‘jaw-buster,’ so-to-speak, but ‘proving’ it will be a ‘brain-buster,’ however. This mission allegedly took place in 1976, consisting of three American astronauts, who trained four-years for the retrieval mission. If anything, at present, it is just a questionable claim looking for a ‘home’ called proof.

An episode is related about soldiers in 1971, Thailand who interacted with as many as 21 humanoid creatures near their craft and take off. During the customary “debriefing” the soldiers were put through “a combination of drugs and hypnosis” as a means to distort, substitute and rearrange their memories of their UFO case. A question arises: do governments use this ‘method’ of Mind Control regularly?

Peter A. Bostrom learned from the Special Forces Team that the Super-Secret organization was referred to as “The Firm” (p. 138). “Whatever they did, it altered our memories – affected it with permanence,” says the officer, now a Lieutenant Colonel, “but there is no such thing as a total block. Those things come in surges.”

Komarek believes the Breakaway Society is on verge of Technical Singularity, including such things as rewriting of our genome and superpowers from copying ET contact,  “…global rulers are allowing scientific and technological knowledge from extraterrestrial contact to covertly leak out into the public domain for own benefit…(but not) weaken their hold on power.”

Komarek renders a classical hierarchical belief that I’ve exposed before, as seen in all sentient beings (p. 19): “The slave master only allows the slave knowledge to do his or her job and no more, because to know more would be to invite rebellion. This master-slave concept of need to know has been incorporated into modern-day national security Top Secret classification systems….”  The author reminds us that this “national military and business interest” was called by Dwight D. Eisenhower as the Military Industrial Complex, or also called the Corporate Cartel, the Alien Resource Cartel, and the Special Access Programs (SAPs).

Komarek reveals that the center of the complex was “….not even DOP personnel, but rather private contractors, mainly attorneys.” (p. 174.) He declares that ‘American multiple-national-corporation,’ or also called the “Corporate Cartel,” also called The Alien Resource Cartel,  and “InterEuropean Companies” from Britain, Canada, and France, Germany and Australia.