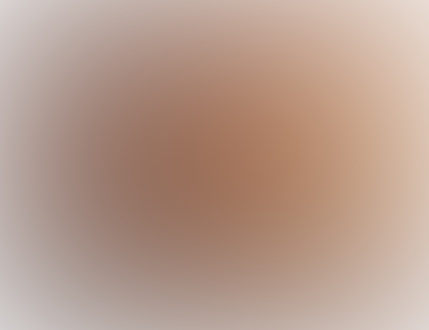 “On February of 2006, in collaboration with the RU research team (at the time), I wrote part 9 of the Serpo expose – which combined a long communication stream that took place between Marilyn Ruben, myself, and Kit Green, as well as background research conducted by the team, mostly by Hidden Hand on the Rubens. The resulting article concluded as follows:

“With the publication of this article, I am personally concluding my research into Serpo. My personal focus will no longer be on this hoax, but instead on the larger issues where individuals have been involved, both inside and outside of U.S. Intel for many years. The larger issue of what the government truly knows (or doesn’t know), what incidents remain unexplained that represent authentic sightings and encounters, and how all governments have dealt, and continue to deal with such phenomenon.

If you missed Part III in this series click here!

“Since that article, we have worked to move our focus away from the Serpo drama and to follow the leads related more to government intelligence associated with ufology, and talking with researchers who focus more on intel, counterintel, and espionage. These are researchers who also recognize the same patterns that we’ve recognized can be found running through ufological stories and folklore for many decades.

“The conclusion was as follows: The legend of Serpo will be that it was a fabrication of Collins and Rick, as part of a viral marketing plan to generate buzz and interest for a book. It is this writer’s conclusion that the only ones ‘behind’ Rick Doty, in the creation of this hoaxed information, were Bob Collins and Douglas and Marilyn Ruben.

“While the premise of the entire article was accurate – laying out the connections of a book promoter to this particular book author, as well as the fact that a collaborator (Doty) of the author’s (regardless of their silly staged ‘arguments’) was in the process of distributing the Serpo releases – that one final paragraph was speculative and, now we realize, not completely accurate.

“While Marilyn did in fact help Collins to promote his book, and in addition assisted the team of 5 in fending off attacks that would expose Rick as the source of the releases – we have uncovered enough additional information to be convinced that she was not one of those who were creating these releases. Our subsequent investigations after February 2006 have shown that there are others who are more likely to have been working with Doty in creating the releases, and so it must be pointed out, in all fairness and accuracy, that Marilyn most likely was not one those people. The article on the main page will also be edited shortly to reflect this – Ry.”

Ken Adachi, Editor of  http://educate-yourself.org/mc/index.shtml, said in The Ultimate Terror:

“The first phase of government mind control development grew out of the old occult techniques which required the victim to be exposed to massive psychological and physical trauma, usually beginning in infancy, in order to cause the psyche to shatter into a thousand alter personalities which can then be separately programmed to perform any function (or job) that the programmer wishes to ’install’.  Each alter personality created is separate and distinct from the front personality.  The ‘front personality’ is unaware of the existence or activities of the alter personalities.  Alter personalities can be brought to the surface by programmers or handlers using special codes, usually stored in a laptop computer. The victim of mind control can also be affected by specific sounds, words, or actions known as triggers.

“The second phase of mind control development was refined at an underground base below Fort Hero on Montauk, Long Island (New York) and is referred to as the Montauk Project. The earliest adolescent victims of Montauk style programming, so called Montauk Boys, were programmed using trauma-based techniques, but that method was eventually abandoned in favor of an all-electronic induction process which could be ‘installed’ in a matter of days (or even hours) instead of the many years that it took to complete trauma-based methods.”

We had entered an age where the perception of reality can be created and controlled by conspirators, handlers and Power brokers that have intruded – even into the possible quantum level – upon our scientifically established world. This should have behooved us to be evermore perceptive in distinguishing the nature of facts and findings.  A large portion of the world’s population showed a tendency to believe that UFOnauts are here today, without holding any solid scientific evidence as investigators and readers to back up these beliefs. These citizens are especially vulnerable to psychotronic mind manipulation.

Could some aspects of such a tale somehow be truthfully hidden beneath all the rumor, entertainment and speculative clamor?  That, as is with most objective reality, had to be ‘proven’ somehow. The byline should have existed as beware. Modern Paranormal investigators had to be three times as smart and grounded in scientific and forensic reality over and above what practices had been in the past.

“A modern version of MK-Ultra is presently in widespread operation in many nations,” said investigative researcher Jeff Polachek, “It involves the covert implantation of classified neurotechnology into the brains and bodies of non-consenting and unaware subjects. This is accomplished by ‘black operations’ involving home entries, complicit personnel in medical and custodial settings, and possibly other means. The civilian population as a whole, including children, is the target.

“Concerted efforts are made to prevent subjects from understanding what is happening to them,” continued Polachek, “amnesia is artificially induced to prevent them from recalling anything about these events, most likely by means of electrical stimulation of the claustrum or other parts of the brain using previously-implanted neurotechnology and/or the application of drugs such as anaesthetics or benzodiazepines.

“The secrecy of these programs is preserved with the aid of disinformation campaigns or ‘cover stories.’  These campaigns include a number of carefully chosen themes.”

As readers might demand clarification about further details and proof of the Serpo story, contradictions and falsification may perforate the tale even further.  If this would happen, the summation would not be about a grandiose adventure to a distant planet, but a swansong for the late, great planet Serpo.

Author Len Kasten has a B.A. degree from Cornell University, where he majored in psychology and minored in literature and philosophy.  After graduating from Cornell, he entered the U.S. Air Force Aviation Cadet program. While in the Air Force, he experienced a UFO encounter that had a transformative effect on his life, although he did not realize it until a few years later. After serving in the Air Force, he moved to Richmond, Virginia. On frequent trips to Virginia Beach, he spent a lot of time in the extensive New Age library at the Association for Research and Enlightenment (A.R.E.), the organization founded by psychic Edgar Cayce, where he acquired a self-education in metaphysics.  He then moved to Boston where he was introduced to Theosophy and joined the Boston Theosophical Society.

Then later, while working in Washington D.C. in the 1960s, he felt drawn to join the National Investigations Committee on Aerial Phenomena (NICAP). NICAP was the most prestigious organization in the country investigating UFO phenomena. Len then moved to Hartford, Connecticut where he joined the American Philosopher Society.  Upon the death of the founder, Cyril Benton, Len became the president of the society. In the 1980s, the APS, under Len’s leadership, commenced a program of weekly public lectures by prominent metaphysical and ufology researchers, writers, and leaders. While living in Connecticut Len became the editor of an early New Age publication, Metamorphosis Magazine, co-founded with Gordon-Michael Scallion.