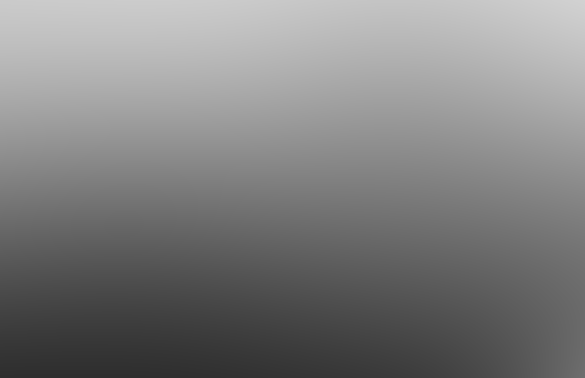 “Anonymous” introduced an UFO Internet thread list to Victor Martinez in 2005, 2006, 2007 and 2011 telling of a supposed highly classified “Top Secret Codewood” about an interstellar Exchange Program in which twelve U.S military personnel arrived by alien spaceship in 1965 on a planet popularly known as Serpo.

Monitored by the Defense Intelligence Agency (DIA), Project Crystal Knight, bits and pieces of this adventure was disclosed by “Anonymous” on Bill Ryan’s website. A mysterious “Red Book” was discussed as a compendium of our relationship with UFO intelligence “from 1947 to the present day.”

“Although he never mentions it,” said Author Len Kasten, “it seems very likely that he is, or has been a member of Majestic 12 (MJ-12), the secret organization set up by President Harry S. Truman to deal with extraterrestrial affairs.”

GERMANY AND THE SOCIETY OF GREEN MEN 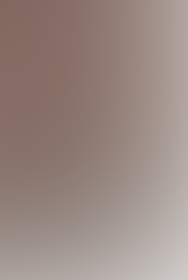 Len Kasten has a B.A. degree from Cornell University, where he majored in psychology and minored in literature and philosophy.

According to Kasten, the most influential person in the history of UFOs and extraterrestrials was Karl Ernst Haushofer who blended the “ultra nationalistic, militaristic and fascist” Japanese Black Dragons with the occult-based 1918 Thule Society.

“It is now well known that German aeronautical engineers were working on antigravity discs beginning in 1933,” said Kasten, “and by 1945 they had developed a highly sophisticatedcircular craft that was able to fly at very high altitudes and with incredible speed using electromagnetic propulsion technology.”

“It is said to be a massive, seven-level complex of huge caverns and tunnels, deep underground,” said Kasten. The teachings of the Green Dragons led directly into the Nazi Aryan Race doctrines.

THE EXPANSION OF GOTTERDAMMERUNG

Nazi Germany eventually expanded into a Fourth Reich with seeds of a Wunderwaffee (Wonder Weapon), Twilight of the Gods, the Haunebu I and II, the “dreadnought,” that finalized into an integrated space program in the United States. Chief regime components were shipped and secreted to Neuschwabenland in Antarctica that had been established through 1930’s and 1940’s.  Neu Berlin housed a community of about forty thousand civilians by the end of the war; a German-Japanese crew attempted a suicide space mission to Mars in 1945.

An armada headed by the late Admiral Richard E. Byrd, sent to squelch the Nazi operation, was surprised in 1947 by unexpected Nazi flying discs.

“Now certain that the Third Reich had survived in Antarctica and had perfected their flying discs,” said Kasten, “it is likely that alarm, and even panic, prevailed at the Pentagon.”

With the crash of alien discs in New Mexico in 1947 (as well as other places), a completely new game plan had to be invented. An alien that was detained but treated well by American military forces, contacted its home planet and eventually repatriated. The story continued by claiming that this led to the establishment of some sort of relationship between the American government and the people of its home world – said to be a planet of the binary star system Zeta Reticuli.

Further disc crashes and capture of extraterrestrial biological entities (EBEs) “opened up an entirely new era of our planet history.”  An Executive Summary, The Red Book, was supervised by “Anonymous.”

Zeta Reticuli had a history in ufology (including the Betty and Barney Hill abduction and the Bob Lazar story), having been claimed as the home system of an alien race called the Greys.

“It was the first baby step for Earth on the stage of galactic affairs,” said Kasten, “and it initiated a lasting alliance between the United States and civilization on a distant planet.” 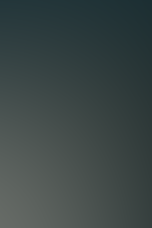 The four Ebens were taken to the Los Alamos Laboratories. The craft went to a Nevada test site.

Intelligence “turf wars,” well into the 1960’s, the Kennedy Administration, all prefaced the creation of an “exchange program” with the Ebens that had scientists go to their home planet of Serpo. Majestic-12 clandestinely supervised the events.

Portions of the book described the selection and training of the Serpos astronauts and their scheduled landings on Serpo.  Readers are best to determine for themselves the “guts” of the book that described the adventures of our astronauts on Serpo.  Those events were laced through various narratives about the life of the Ebens and their inventions that, frankly, resembled “campy” science fiction on a 1950’s television series.  Movie producer Steven Spielberg was supposedly “leaked” classified UFO files.  The late scientist Carl Sagan, said to be part of the Serpo adventure, supported its planning.

“Evidently, the actions of every Eben were controlled by orders or directions from a central authority via the device worn on the belt,” said Kasten, “and the movements of the sun.  The central authority is apparently an agency of the council of governors, so named by the Team.  This makes the Eben populace almost robotic.  It would even be appropriate to use the term enslaved.”

THE RETURN AND QUESTIONS

After thirteen years on Serpo, the crew returned to earth on August 18, 1978.  Two remained on Serpo.  Military debriefing ran from 1978 until 1984.  The Air Force Office of Special Investigation (AFOSI) became the astronauts’ “handlers.”

Kasten had an easy, and sometimes polished, style of writing and a few acclaimed books to his name; unfortunately, as it so happened in so many UFO ‘legends,’ the “tide can turn” with the swell of investigations that researched beneath the surface.  “All that glittered was not gold.”

Questions had risen about the events described in the book.  Steve Erdmann saw gaping holes in Kasten’s Eben history.  It seemed that a lot of UFO history activity was taking place as a continual basis on Earth, despite the sketchy “trips” from Serpo in 1947, 1953, 1965, 2010 and 2012.  A whole range of UFO activity existed since 1947.  This history included the testimony of a co-pilot, Mike Dinan, one of two airline pilots who were directed away from Area 51 in 1988 during multiple “lights” zipping at terrific speeds onto a landing strip (The Unexplained Files, “Paranormal Highway of America”, Chuck Zuchowski, investigator, Sean Smith, director).  What was the progenitor of all this UFO activity for the past 67 years?

Further alleged UFO bustle could be seen in another book that highlighted various fluid UFO activities.

The Serpo story, in several ways, seemed to resemble the same story line of fiction possibly fostered off as fact in the book Raechel’s Eyes: coauthored by Helen Littrell and Jean Bilodeaux and published by Wild Flower Press, 2005.  The authors tell the story of a teenage female hybrid called Raechel and her attempt to “pass” among humans as one of them.

An unusual roommate showed up named “Raechel Nadien” in the book and “Racheal” with a differently spelled last name in the ARC Dean of Enrollment Services confirmation at a nearby school. With Racheal was her “father,” USAF Colonel “Harry Nadien.” The Colonel would eventually tell Helen and Marisa (two characters in the book) that he had worked since 1956 at a highly classified underground facility called “Four Corners” many miles south of Ely, Nevada. This was a connection point in route to the northern edge of Area 51, Groom Lake, Nellis AFB, Nevada — long associated with secretly housing a few live extraterrestrials and trying to back-engineer extraterrestrial craft and technologies.

The problem with such similar and multiple scenarios is that they left incongruous cracks in the tales of extraterrestrials coming to earth. In the case of  Raechel Nadien and fellow ET visitors, visits to ATIC and other secret areas were regular and often:  there were no allusions to Serpo and those clandestine visits, though Nadien’s space traffic was systematic.  I am quite sure that the ‘tellers’ of such tales would act quickly to repair these cracks, but, perhaps revealing only more ‘cracks.’

The “Eyes” book began with Air Force Colonel Harry Nadien, the man who in the 1970s presented himself as Raechel’s father and his assignment in 1956 to Four Corners, a secret military base in Nevada, where it was believed that several times a year craft carrying extraterrestrials would land; Raechel appeared in the 1970’s.  Did Colonel Nadien tell anyone or Marisa the entire story about how he came to be involved with aliens and how he adopted Raechel as his daughter? Again, the story alluded to much UFO traffic.

Unfortunately, some investigators found further into their investigations a disappointing mixed bag of events in the Serpo tale:

Author and filmmaker Linda Moulton-Howe had been informed about an Earth/alien exchange program in 1983, when doing research for UFOs: The ET Factor, a documentary for HBO.  Given approval by his superiors to allow her to Top Secret Air Force information and video footage in her documentary, Air Force Sergeant Richard C. Doty approached Linda.