UFODigest.com » Aliens and UFOs » THE LEGACY OF NUCLEAR ARSENALS & THE INTERNATIONAL IMPLICATIONS – Part I 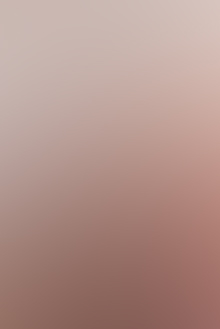 THE LEGACY OF NUCLEAR ARSENALS
&
THE INTERNATIONAL IMPLICATIONS
Part I
By
Doc Vega
(Copyright 2015, Doc Vega – All Rights Reserved)
<Edited by Robert D. Mornngstar>
*******
A long history of secrecy and classified projects have accompanied the history of the nuclear arms race.   Mystery and rumors of a UFO connection have long been alleged as well.   From the Manhattan Project conducted beneath a stadium in Chicago to suspicions that UFO crashes had something to do with the first secret Atomic Energy Commission targeting radar sites in New Mexico (later handed over to the US Air Force0 have left many question marks that have gone unanswered.
Anniversary of Dubious Distinction
August is a hot month in summer distinguished by the anniversary of the Atomic Bomb dropped on Hiroshima, Japan intended to end the 2nd World War in the Pacific.   Decades later there have been many reflections upon the decision to detonate a nuclear device over the Japanese to put a swift end to a global conflict that had necessitated all the resources of the US Naval Pacific Fleet along with combined Marine Corps infantry and Air Craft Carrier operations that began a bloody island hopping campaign in retaliation for the devastating sneak attack on Pearl Harbor and a swift string of humiliating victories by the Japanese Imperial Navy inflicted upon US and British forces.
Moral Conflict
Hindsight has brought many political and philosophical observations to bear concerning the use of nuclear weaponry and the impact upon civilian populations as well as the environment.   Liberals have faulted the prevailing wisdom of the day for the use of a device that could disintegrate a ten mile square area of a city and incinerate outer lying areas to varying degrees beyond that point leaving a stunning loss of life and long term radioactive contamination. Appalled at the horrific injuries suffered by the Japanese citizens in Hiroshima and Nagasaki, protesters have conveniently overlooked the atrocities inflicted  upon Allied troops, shipping, and aerial units not to mention the occupation of Asian nations where brutal military rule by the Japanese resulted in terrible torture and executions of millions.
The Bloody Conquest
History forgets too easily such incidents as the rape of Nanking, China, the Bataan Death March, the invasion of Manila, the capture of Wake Island, and the prolonged assault upon Manchuria only a fraction of the inhumane attacks conducted by the Japanese upon Chinese real estate and Pacific island outposts occupied by Allied Forces.  The US Pacific Fleet under Admiral Chester Nimitz began a costly program of retaking island chains captured by the Japanese, and it all began on Guadal Canal after the outnumbered American aircraft carrier forces defeated a Japanese attempt at capturing Midway using 4 aerial launch vessels among their task force.
The Game
Thousands of Americans, Australians, and British soldiers gave their lives during amphibious landings at places hardly mentioned before such as New Guinea, Truk, Guam, Tarawa, Iwo Jima, Okinawa, and the Philippines where the Japanese displayed a fanatical resistance to superior forces and inflicted shocking casualties in the bloody process.
As a result, a race to develop a weapon of mass destruction to end the war as soon as possible pitted Germany and the US in a deadly game of nuclear arms development.   US Naval losses to suicidal Kamikaze attacks were staggering.
Even as a growing and formidable US naval machine with superior aircraft, large numbers of war ships, and unmatched carrier-might, met dwindling Japanese opposition.   The estimated losses on the part of the Allies would be unacceptable once the Japanese mainland was to be invaded.   An anticipated million casualties by ground troops alone had been foreseen by US Naval command intelligence calculations.
Race for Destructve Capability
As German scientists ran unsurpassed advanced programs on revolutionary new rockets, jet fighters, flying wings, and guided missiles, so too were they in the midst of a nuclear arsenal, as they used unshielded Jewish laborers forced to work at radioactive sites exposed to the deadly effects that would cost them their lives.   It is clear that had the Nazis succeeded in their heavy water experiments, they would have had the bomb and the V-2 rocket in which to deliver to Allied targets all over Europe.   The war would surely have been lost!
Questions Remained
Yet, still in retrospect the question of moral dilemma, global destruction, and long term effects on the environment have played a part in the conversation between critics and proponents alike.   The danger of nuclear proliferation is clear.   However, nations feel that they must maintain arsenals for their own defense.   From the detonations at Hiroshima and Nagasaki and the grudging unconditional surrender by the Japanese during a ceremony in Tokyo Bay that was conducted aboard the Iowa Class Battleship USS Missouri by General Douglas Mac Arthur for the signing, came the inevitable.
More Deadly
The Russians would be next in a successful development of a nuclear device. using a combination of captured German scientists. and espionage on American secrets to attain their goal.   Soon the US would perfect the Hydrogen Bomb, which was even more devastating than the “Fat Man” and “Little Boy” prototypes, i.e. the  first plutonium atomic weapons used on Japan.
Russia, using their spies, would be quick to follow, as “The Arms Race,” with numerous tests, and a stockpile of weapon,s began to accumulate to alarming levels by the mid 1950’s.   Fears that a Third World War could emerge if UFO’s were misidentified as hostile aircraft (or that they were a secret project designed to distract strategic defenses) soon became a crucial intelligence focus.
In Part II, we will discuss how limitation and restrain have played a role in preventing a possible World War III scenario, but there’s more.
Doc Vega
September 1st, 2015
*******