UFODigest.com » Aliens and UFOs » THE LONG HISORY OF MILITARY INTELLIGENCE AND THE FLYING SAUCER PART VI 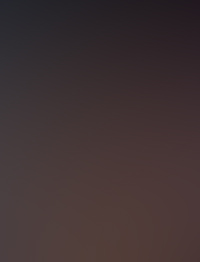 One of the earliest covert military operations in trying to determine the origin of the flying saucer, flying disk, or “Foo Fighter” was probably a unit that was created upon the orders of General Douglas MacArthur in the midst of the war in the Pacific circa 1944. During this time Allied military aircraft were experiencing breathtaking encounters with unidentified aerial lights and flying disks they came to describe as “Foo Fighters”.  There were reports of US Army Air Corps bomber groups that were being harassed at times by these inexplicable airborne objects during their missions over Germany.

If you missed Part V of this series, click here: https://www.ufodigest.com/article/military-intelligence-0821

Something wicked this way comes

In the Pacific theater of war from the Marianas to the Marshall Islands as the US Pacific Fleet slugged it out with the Japanese Imperial task forces in vicious carrier duels and the exchanges of salvos between battlewagons the appearance of a mystery began. Aerial flotillas were spotted serenely overflying sea battles unscathed by the slaughter below as Kamikazes slammed into US destroyers and fast US aircraft carrier operations unleashed the vengeance of squadrons of fighters bent on repaying the Japanese for Pearl Harbor.

Something ominous was afoot and General MacArthur had directed his staff to investigate. Soon US Naval intelligence officers were interviewing witnesses to these perplexing spectacles that presented a disturbing question mark to the ongoing battles that would decide the outcome of World War II in the Pacific theater. Too many reports had come in to ignore or put a lid over. Something was going on and MacArthur would issue orders to form perhaps the first military investigative unit ever dedicated to pursuing the UFO. Its name would be the “Interplanetary Phenomenon Unit”.

Both sides witness a mysterious presence

The IPU, the brainchild of US Army counterintelligence corps, would begin an undercover sweep of reported incidents of the unknown aerial sightings that had left some bomber crews in hysterics after headed home from bombing missions thinking they were being pursued. The Axis powers as well saw the appearance of unidentified aerial objects as the secret weapons of the Allied forces. They too were nervously encountering a mysterious force to be reckoned with. Inquiries were being made by German Luftwaffe officers as well though details are sketchy on when and to what degree of intensity their efforts were undertaken.

Ahead of its time

Prior to the disappearance of Flight 19 in 1945, the Roswell Incident 1947, the Maury Island Mystery 1948, the death of Captain Mantell at Godman Airfield 1948, while pursuing an known and the formation of Project Sign in 1949, the Interplanetary Phenomenon Unit was already developing a case load of bizarre field reports under General MacArthur’s command. Apparently the evidence so impressed General MacArthur that during speeches he gave in 1955 and 1962 he made it clear that he anticipated mankind would someday enter into a cosmic war with an enemy from another galaxy.

Were other branches investigating?

Whether or not the Army Air Corp’s 8th Air Force that had flooded the skies over Europe with formations of B-17 Flying Fortresses carrying out daytime bombing raids had actively investigated reports of “Foo Fighters” under such generals as Hap Arnold, Roger Ramey, and Hoyt Vandenberg is unclear. It is interesting to note that General Roger Ramey personally defused the hysteria over the Roswell Crash with a mistaken weather balloon story using typical counter intelligence technique. Yet, General Hoyt Vandenberg when confronted by the compelling evidence on UFO’s gathered by Captain Ed Ruppelt as Director of Project Blue Book refused to accept the extraterrestrial thesis and ordered further studies rather than hand a pro-saucer finding up the ladder to President Truman.

It is clear that as Allied bombing raids under daylight missions attempted to cut off German communications, disrupt supply lines, and destroy industrial war efforts bomber crews had seen something. Even during the day aerial lights were witnessed in the midst of dogfights between US fighter pilots and their Axis counterparts. Yet, little is known about the collection of reports that came from Europe. No doubt they were collected through already existing intelligence channels without a dedicated agency that was to act as a central point in the chain of command unlike the MacArthur’s IPU operating in the southern Pacific.

Not much has changed

It is clear that military intelligence worked both ways in assessing a strategy to deal with the UFO problem. One the one hand essential evidence was withheld from the general public or altered to soften the impact of a major disclosure or from within the halls of power the compelling proof was even denied or diverted from the oval office at the White House. The compartmentalization of the forbidden truth was being internalized and shared with only a privileged few while many of the witnesses from who reports were extracted from had been intimidated, discredited, silenced, or threatened. These tactics were effective enough that despite the heavy volume of evidence, a reasonable amount of doubt and ridicule still played heavily in keeping the unmentionable from becoming accepted wisdom. Today it seems not much has changed and the original tactics that brought about liable and slander to  witness estimony are still at work today.