UFODigest.com » Aliens and UFOs » THE LONG HISTORY OF MILITARY INTELLIGENCE AND THE FLYING SAUCER PART VII 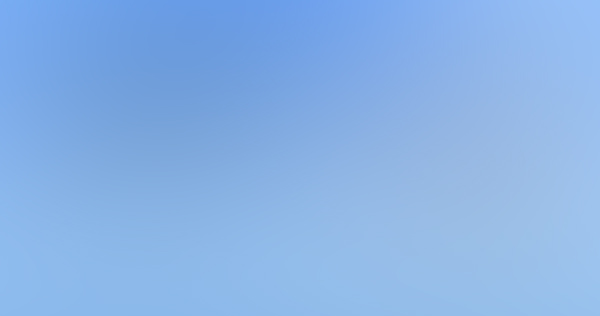 In 1952 America was in the grip of the bloody Korean conflict often referred to as the “Forgotten War”. An overseas “Police Action” as it has been termed which cost more than 50,000 US casualties. It is quite ironic to consider the General Douglas MacArthur, architect of the Interplanetary Phenomenon Unit, master minded the ingenious Inchon Landing. This amphibious assault by combined US forces in an area considered virtually impossible to stage such an assault upon was responsible for routing the North Korean army and changing the entire momentum of the war in favor of the allies who had been nearly driven into the sea at one point.

The unknown comes home to roost

It was at this crucial point in time that a series of persistent and dramatic UFO sightings and attempted intercepts occurred over White House air space during the weeks of July 1952. In that year an utter national flap of unprecedented proportions occurred all over the United States and left few regions untouched. Police departments, Air National Guard Units, and even the FBI were on alert as UFO’s were spotted in the daylight and nocturnal skies all over America. The FBI played a major role in conducting Special Agent interviews of UFO witnesses at the request of US Naval intelligence and USAF intelligence much to the chagrin of Director J. Edgar Hoover, who had resented being left out of the loop over the Roswell Incident in 1947, but was expected to provide support for the armed forces investigations anyway.

As radar technicians braced themselves on many a warm and humid night in July tracking unidentified targets on their screens and verifying these by corroborating pilot visual confirmations, the situation grew more intense. USAF F-94C interceptor jets blazed into White House air space only to be unable to catch up to the brightly lit objects that quickly outdistanced them once they entered the area. As the US press corps pressured Air Force Spokesman Albert Chop for answers to the baffling events, the tension only increased. Chop, faced with being hounded by White House correspondents to enter the radar room and see the unknown targets hovering over Capitol Hill air space was forced to rebuff reporters under orders from high command.

A night to remember

On one particular fateful night in July when once again unknown aerial intruders invaded forbidden air space over Washington, US Air Force interceptors were again scrambled from New Castle AFB at 11:30 pm July 26th. Albert Chop had been called in from his home to attend the radar room along with Major Dewey Fournet, an intelligence expert charged with evaluating technical flight details. He had also been alerted by Pentagon Intelligence Officer on Duty Major Thomas. Major Fournet from Project Blue Book was called in to evaluate weather targets caused by temperature inversions and the good solid returns that were made by metallic crafts that the technicians were sure they were tracking.

As Captain John McHugo and his wingman Lieutenant William Patterson roared into the vicinity of White House air space, all eyes were on the radarscopes. Earlier, 2 Air Force jets had attempted to intercept unknowns, but each time they ventured into the area all UFO targets disappeared off the radar. As soon as the jets vacated the area the unknowns reappeared again. This may perhaps be one of first known demonstrations of stealth technology only taught to us by an extraterrestrial civilization. Although the captain could not make visual contact, Patterson, his wingman did and gave pursuit. Four bright orbs appeared ahead of him and he was in full after burner at over 600 knots when something bizarre took place.

When the hunter becomes the hunted

Instead of eluding the USAF jets at high speed as had been the case all night long or vanishing, Lieutenant Patterson found his F-94C surrounded by the unknown aerial intruders. As air traffic controllers maintained audio contact, William Patterson’s voice registered stress as he reported that they were closing in on his aircraft. As the baffled Lieutenant requested instructions he was met with silence from a startled radar room. It seemed there was no procedure for such a contingency. After tense moments elapsed, Lieutenant Patterson reported that the UFO’s were backing off. Although the radar returns had shown that his jet had nearly been in physical contact with one of the unknowns, they were now vacating White House air space. A relieved radar room full of technicians, intelligence officers, and brass blew a sigh of relief.

Never to be revealed

Although Lieutenant William Patterson would have an intelligence debriefing shortly after landing his F-94C at New Castle Air Force Base, the details of that investigation have never been released to this day. Intelligence analysts obviously considered the data and eye witness account by the Air Force pilot to be classified and beyond the realm of FOIA requests. Captain Edward Ruppelt, Director of Project Blue Book was admittedly frustrated in his attempts to get to the radar room that night as only higher ranking officers could access the Air Force motor pool. Unwilling to take a taxi, Ruppelt returned to Wright Patterson AFB in Dayton, Ohio in lieu of events that he would answer to President Harry Truman for in the days that followed.

These events were responsible for a “Shoot Down” order that was issued by the Truman administration to the Pentagon Joint Chiefs of Staff as intelligence estimates considered the saturation of UFO reports on a national scale to be a possible prelude to a psychological warfare tactic that could precede a first strike scenario. Corroborated by research done by Frank Freschino in his book, “Shoot Them Down”, UFO Flap of 1952 culminated in paranoia for the Truman Administration in the midst of the Korean conflict. Speculation that the Soviets could capitalize upon the American public’s fascination with UFO’s as well as the startling air to air engagements witnessed over Washington gave rise to suspicions that would only lead to further secrecy in years to come.

Voices from the past

The Joint Chiefs of Staff had already been blindsided by the intelligence estimate submitted to them in 1947 by General Nathan F. Twining, who had confirmed that unidentified disks were, in fact, real and not illusory. Each successive investigation by the US Air Force such as Project “Grudge” and later Project “Sign” had utilized classic counter intelligence measures in attempting to downplay the more disturbing extraterrestrial hypothesis that such Generals as Hoyt Vandenberg were reticent to accept or pass on up the ladder to the oval office.

When you can’t perform your mission

One might ask why? As esteemed physicist Stanton Friedman has pointed out, when the US government spends billions on air defense, our high echelon military leadership is reluctant to admit that there are things and machines flying around in our air space with impunity that we cannot defend against much less identify. Today more than ever with huge black budgets that allegedly have developed new high performance aerial platforms from back engineered alien space craft, the need to know has become even more critical. Yet, the veil of secrecy may seem lifted over the open discussion of UFO history while the forbidden technology derived from it is more under wraps more than ever. Thus, military intelligence plays even more of a role in the hidden truth today than ever as the sociological impact is played upon through denial, half-truths, and the supposed miraculous technological advancements arrived at by man and his own ingenuity.